Cdl. Burke: Revolution Is the Goal 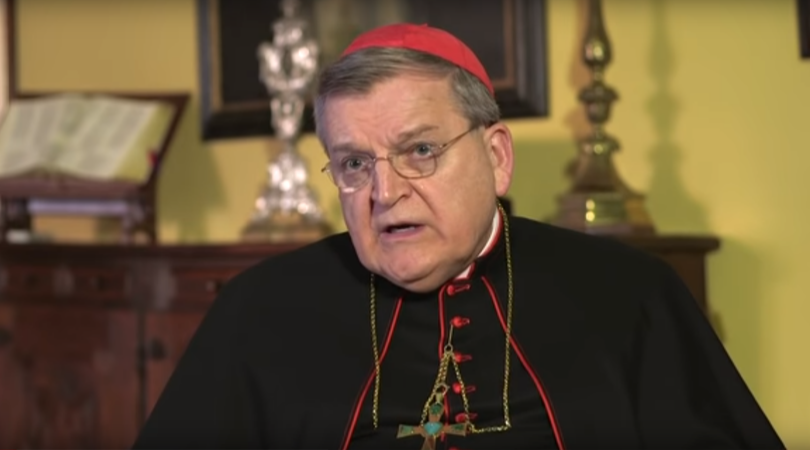 Burke: Amazon Synod isn't about evangelization in the Amazon

ROME (ChurchMilitant.com) - Cardinal Raymond Burke is warning that the Amazon Synod isn't about local evangelization in the Amazon but about revolution in the whole Church.

During an interview with Italian media published Monday, the former head of the Vatican's highest court is decrying the "dishonest attitude" in masking the true nature of the synod.

"The Synod is presented as being for the pastoral care of the people to be evangelized in the Amazon, but the German bishops state clearly that the goal is to revolutionize the whole Church," relates Burke. "Even the bishop of Essen, Monsignor Franz-Josef Overbeck, said very recently that after the Amazon Synod 'nothing will ever be the same again' in the Church."

Burke's words are supported by similar remarks from the Vatican's head liturgist, Cdl. Robert Sarah. In an interview also published on Monday, Sarah remarked that using the synod as a "laboratory for the universal Church" would be "dishonest and misleading."

"To take advantage of a particular synod to introduce these ideological projects would be an unworthy manipulation, a dishonest deception, an insult to God, who leads his Church and entrusts him with his plan of salvation," asserted Sarah.

He exclaimed, "I am shocked and outraged that the spiritual distress of the poor in the Amazon is being used as a pretext" to support such projects as ordaining married men, creating women's ministries and giving jurisdiction to laypeople.

Asked during Monday's interview about the synod's emphasis on "appreciating different cultures and religions," Burke warned that this approach is always ineffective and may cause a missionary to lose his faith.

"If a missionary starts with the sole intention of appreciating whatever culture he finds, then we can be sure there will be no evangelization, it's more likely that these missionaries will end up losing their faith," cautioned Burke.

"We are in a profound crisis," related Burke, when asked why he and Bp. Athanasius Schneider of Astana, Kazakhstan, on Tuesday issued an appeal for prayer and fasting. They did so with the intention that the heresies in the synod's preparatory document called the Instrumentum Laboris would be rejected.

"According to the profoundly mistaken view of the Instrumentum Laboris, Christ and the cosmos are one and God also reveals himself in other circumstances. This view is closely connected to pantheism. Therefore it is a cult of the natural world," Burke clarified.

Those who are promoting a 'new Church' do not want vocations.

When asked about the apparent "decline in vocations," Burke revealed that those pushing the so-called "new Church" are turning away vocations in order to justify the ordination of married men.

"Those who are promoting a 'new Church' do not want vocations, they discourage them in order to justify their own position which attacks celibacy," asserted Burke. "It is no coincidence that the religious institutes, perhaps with young congregations and many vocations, are the ones being particularly targeted at the moment."

Vocations still exist, said Burke, but what is lacking in many places is "an apostolate for vocations and prayer for vocations."

Celibacy that's being attacked by the synod, explained Burke, actually frees a priest to give himself completely to God and to fully live out his priesthood. At the same time, he discounted the falsehood that evangelization is best done by simply "doing good and being good."

The priest is called to celebrate the Eucharist, to offer himself as victim for the salvation of souls, to give himself totally to Christ. This is what is essential, all the other priestly activities — teaching, assisting the faithful in difficulty, charitable work, even the defence of the Indians — are a consequence and even if they were unsuccessful, this would not take anything away from the ministry.