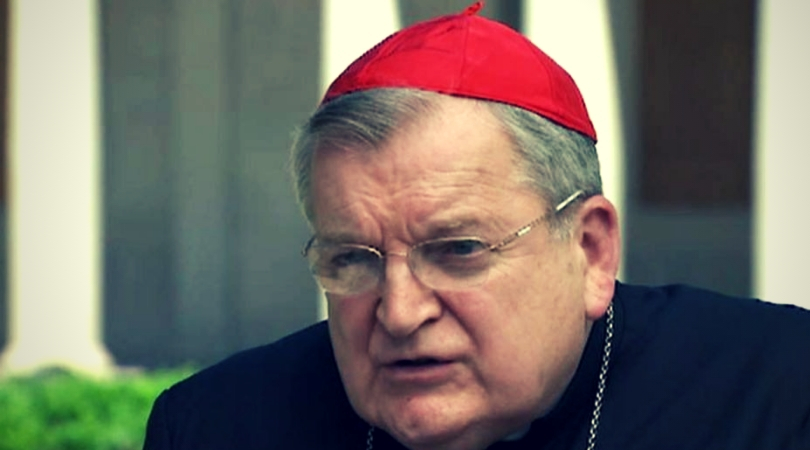 In an interview with Fox News aired Thursday, Cdl. Burke spoke out against nominally Catholic leaders who support legalized abortion and homosexual "marriage."

The cardinal told his interviewer that pro-abortion Catholic politicians like Joe Biden should not receive Holy Communion at Mass.

"They may not present themselves to receive Holy Communion, because they're not in communion with Christ," he explained.

The cardinal said of barring leaders from Communion, "It's not a punishment. It's actually a favor to these people to tell them, 'Don't approach.' Because if they approach, they commit sacrilege."

At one point he told his interviewer, "I've had non-Catholic leaders of government in this nation tell me that they were certain that the Catholic teaching on abortion, and the so-called same-sex marriages, and so forth, had changed, because so many Catholics on Capitol Hill are regularly supporting this kind of legislation. And that's a scandal."

Cardinal Burke is known as an ally of faithful laity due to his fidelity to the Church's teachings and disciplines, as well as his support of traditional liturgy. Formerly, he was the head of the Supreme Tribunal of the Apostolic Signatura, the Catholic Church's highest court — in which he is currently a prefect emeritus.

Fox's interview with the cardinal comes about a week after a piece published the liberal, theologically dissident National Catholic Reporter dissed Cdl. Burke as "a living symbol of a failed version of the church."

It's actually a favor to these people to tell them, 'Don't approach.' Because if they approach, they commit sacrilege.

The cardinal called for a public apology from Sen. Kamala Harris (D-Calif.), who last December berated federal judicial appointee Brian Buescher for his involvement in the Knights of Columbus.

Cardinal Burke commented on Harris' behavior, "This is completely unacceptable. I mean, I think if you're an everyday citizen, whether you're a Catholic or not, you need to look at that kind of statement for what it is and say, 'This isn't a person who I want to be the leader of my nation.'"

The Fox video highlighted a Mass offered by Cdl. Burke at the Shrine of Our Lady of Guadalupe in La Crosse, Wisconsin.

Fox News claims it challenged Cdl. Burke on the Church's loss of credibility in the eyes of the public as a result of abuse scandals.

"People have lost confidence," the cardinal professed. He opined, "We have to come clean on who was responsible for these situations."

Cardinal Burke was also asked about a position he stated in the past, that homosexuality among the clergy is one of the causes of the sex abuse crisis.

He defended this position, pointing out that "the far greater part of them have been homosexual acts with adolescents or young men."

"And I'm not 'homophobic,'" he added. "but we cannot have this active homosexual activity in the priesthood."

We cannot have this active homosexual activity in the priesthood.

Fox asked Cdl. Burke about the Theodore McCarrick scandal, in which a prominent American cardinal was stripped of his red hat and later laicized owing to multiple allegations of sexual abuse.

Cardinal Burke claimed he did not know about McCarrick's sexual predation, saying of the scandal, "That really shakes the faith — shakes my faith," he said. "But Christ is the Head of the Church. And Christ doesn't abandon His Church."

Other U.S. bishops have denied knowing of McCarrick's misdeeds, such as Cdl. Donald Wuerl and Cdl. Kevin Farrell.

Eventually, Cdl. Wuerl was forced to admit that he knew of at least one allegation of inappropriate conduct by McCarrick; while many found it unlikely that Cdl. Farrell could have lived in the same residence as McCarrick for six years without learning of his homosexual predation.

Cardinal Burke, however, is not known to have had any such connections with McCarrick. In fact, there is some evidence that McCarrick viewed him as an opponent.

In his bombshell testimony released last August, Abp. Carlo Maria Viganò suggested that McCarrick's machinations with the Vatican's Congregation for Bishops — an important office for the appointment of prelates — led to Cdl. Burke's membership in the congregation not being renewed.

At one point in the interview, Cdl. Burke indicated that his own encounters with faithful Catholics in the younger generations leave him optimistic about the Church's future in decades to come.

"I know so many wonderful young priests," he said. "And so, I have no fear about the future."

Fox News briefly showed Cdl. Burke responding to the narrative that he is at war with Pope Francis, saying, "They say that I'm the enemy of the Pope. Nothing could be farther from the truth. I have never spoken against Pope Francis or spoken disrespectfully of him."

In another clip from the interview, Cdl. Burke observed, "The Church is in a state of great turmoil, a state of tremendous confusion." 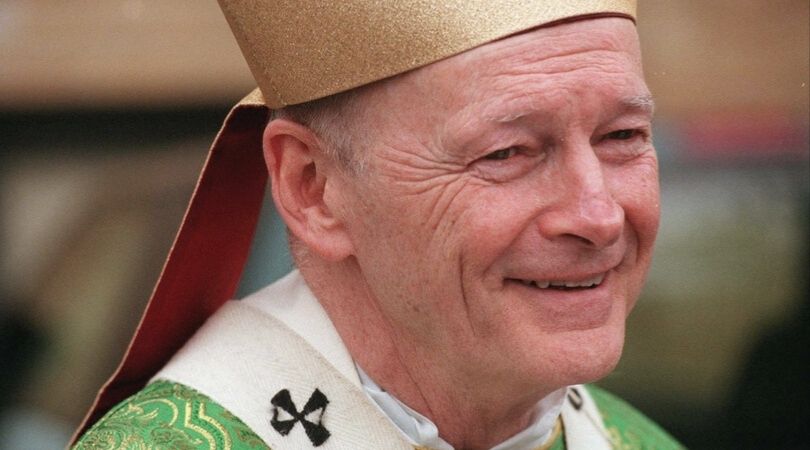