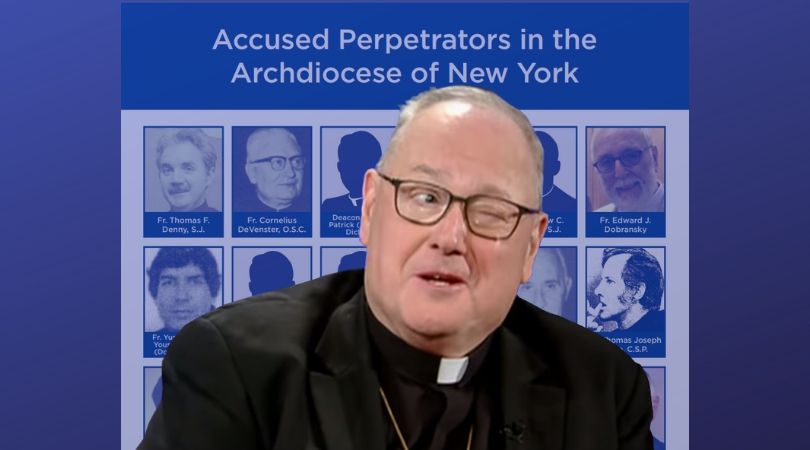 NEW YORK (ChurchMilitant.com) - Cardinal Timothy Dolan of the archdiocese of New York has covered for clergy sex abusers, kept abusers in ministry and lied, according to a Californian law firm's latest report released on Thursday.

In April, the archdiocese of New York released an incomplete list of 120 credibly accused clergy child abusers while Cdl. Dolan escaped to a mansion Amanda Bowman had donated to the archdiocese. Missing from the list were Fr. Thomas Kreiser, indicted by a grand jury for molesting a minor, and Fr. Gary Mead, whose misconduct involved adults.

I know of this one instance; how many others are there?

Jeff Anderson & Associates knew the list was incomplete and conducted their own investigation, releasing a report in February.

The law firm's new report released Thursday includes the name of 310 clergy sex abusers. The firm has a full report and list with photos for easy reference.

During the press conference releasing this report, two victims of abuse came forward to speak. Both were abused by two separate clergy members who do not appear on the archdiocese's list of 120 abusers.

Joseph Caramanno was abused by Msgr. John Paddack. He came forward to hold the archdiocese accountable and stop these abusers from harming any more children:

I also had a negative experience with reporting to the archdiocese of New York, to Cdl. Dolan's office. Mine was based on an abuse by a religious order brother. Many people do not realize how the diocese rebuffs people who try to report on religious orders. His name was James Hanney. He was a Christian brother, an Irish Christian brother.

I reported to the diocese and was told by the victim's assistance coordinator, "I work with priests and deacons from our diocese." Then I was also told their policy. I kept persisting. I had to send reports multiple times and make multiple calls, and I finally did get a call back and a letter.

I was told that they [the archdiocese] do encourage the religious orders to do something, but it was clear that they were not going to do anything. So, any of the lists that dioceses release has none of the religious order priests, brothers or nuns who sexually assault, rape or otherwise exploit youth.

"When these numbers get released from the archdiocese of New York, no cases like mine are included in them, and I experienced heinous abuse at this man's hands as did many other boys and girls," said Marron.

"It occurred in multiple states and multiple locations within the archdiocese of New York," she added.

Dolan told The New York Times on Sept. 2018: "I, for one, don't exactly see why we should [release names of clergy sex abusers], because the names are already out there."

"That was a lie," said Anderson, who also pointed out in Thursday's press conference that three of the abusers named in the Anderson report are former bishops.

The New York Child Victims Act lifts the statute of limitations for suing, giving victims of clergy sex abuse one year to sue the archdiocese regardless of when the abuse occurred. That law goes into effect in mid-August.

Many mentioned in the Anderson report are dead, but there are 48 clergy abusers whose whereabouts are unknown — at least eight of them were permitted to flee the country.

The archdiocese sued its insurer in June as Indemnity Insurance Co. of North America (INA), a subsidiary of Chubb Group of Insurance Companies, stated the company would not defend the archdiocese against lawsuits involving clergy sex abuse.

This lawsuit is still pending while lawsuits against the diocese for clergy sex abuse will probably be many come mid-August.

The real issue, however, is the need for authentic transparency from the archdiocese to protect children from these clergy sex abusers who are still roaming about freely or even serving in ministry in some cases.

"How many more clerics have been allowed to work, abuse, rape and exploit kids with varying degrees of knowledge by top officials in the archdiocese of New York?" asked Jeff Anderson.

Many mentioned in the Anderson report are dead, but there are 48 clergy abusers whose whereabouts are unknown ― at least eight of them were permitted to flee the country.

Jeff Anderson & Associates call on Dolan and his top officials to be transparent and to reveal the whereabouts of these dangerous child abusers so that no more children suffer at their hands. 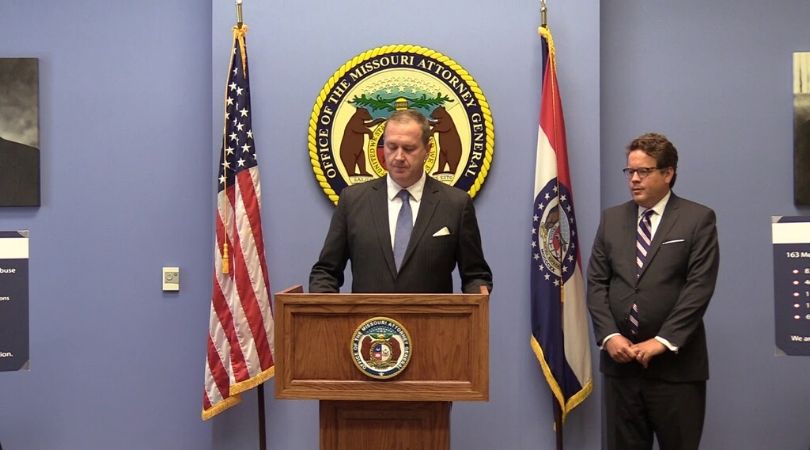 Missouri a Refuge for Predator Priests
By Kristine Christlieb   •   0 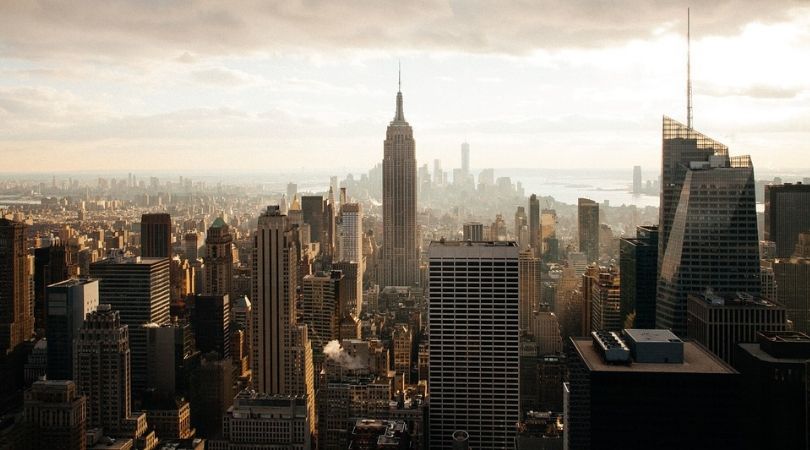