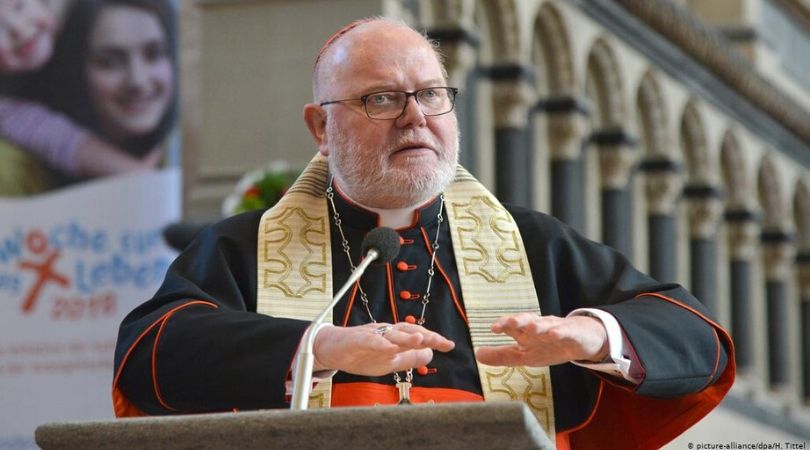 MUNICH (ChurchMilitant.com) - German Cdl. Reinhard Marx is criticizing Church faithful who "push a relationship of pure obedience to God," elevating "freedom" instead as a virtue worth emulating.

In his new book titled Freedom (Freiheit), the archbishop of Munich and Freising regrets that Catholics "do not really integrate the idea of freedom into their faith."

"I want to be a free person," writes Marx in his new book. "The biblical God is a God of liberation," Marx says. "He created man in freedom and wanted him to respond to it in freedom. This requires freedom of religion and conscience."

The cardinal argues that the Church, in the historic struggles for Her freedom from state control, "initially pursued only Her own interest" and only began to understand after the Second Vatican Council (1962–1965) the wider significance of freedom, namely that "the Christian faith's commitment to freedom includes the commitment to the freedom of all."

According to German Catholic news site katholisch.de, Marx claims in his book that the Church "could not resist the temptation to exercise power over people and stir up fear." While naming no one in particular, Marx accuses Catholics, including bishops, who tout obedience at the expense of freedom as being "too strongly oriented towards self-preservation strategies."

The cardinal maintains that the world is "at a crossroads between real freedom and a relapse into authoritarianism," an intersection more pronounced for Marx in a post-pandemic world.

Marx accuses Catholics, including bishops, who tout obedience at the expense of freedom as being 'too strongly oriented towards self-preservation strategies.'

Freedom had become "a matter of life" for the cardinal since his adolescence when he "began to explore the space between possibilities and limits," according to katholisch.de.

At his episcopal ordination in 1996, Marx chose as his motto "Where the Spirit of the Lord is, there is Freedom" (Ubi Spiritus Domini Ibi Libertas), which comes from a letter from St. Paul to the Church in Corinth (2 Corinthians 3:17). The words also appear on the cardinal's coat of arms.

Church Militant has reported extensively on the various positions of the former chairman of the German Bishops' Conference.

Marx has suggested that "a married priesthood is the answer to Church decline in certain regions of the world" and his assertion that "the collapse of German Catholicism can be solved not by returning to orthodoxy, but by relaxing clerical celibacy."

He has also espoused that "those in adulterous marriages should be permitted to receive Holy Communion" as should non-Catholics also be able to receive the holy sacrament.

Wherever fear is spread — from Hell or whatever — the gospel cannot work.

At the Augsburg Peace Talks conference in January, Marx said: "We do not want to change the society of freedom" referring to not excluding someone because they don't come to church every Sunday. "Wherever fear is spread — from Hell or whatever — the gospel cannot work," katholisch.de reported.

Many saints in the history of the Church have appreciated and written about obedience differently than Marx.

Saint Teresa of Ávila (1515–1582), mystic, Church reformer and doctor of the Church, for example, foregrounded obedience, seeing it as way to push back against the heretical teachings of Martin Luther (1483–1546) beginning to take root in her time.

"I know the power obedience has of making things easy which seem impossible," she said of her writing and her work reforming the extensive network of Carmelite convents throughout Spain.

In her efforts to explain a way to perfection, St. Teresa taught her sister Carmelites that "The more we see that any action springs not from the motive of obedience, the more evident is it that it is a temptation of the enemy; for when God sends an inspiration, the very first effect of it is to infuse a spirit of docility."