VATICAN (ChurchMilitant.com) - Cardinal Gerhard Müller, head of the Vatican's Congregation for the Doctrine of the Faith (CDF), is affirming traditional Church teaching on marriage and the family.

In an interview Thursday, December 1, to Kathpress, the prefect of the CDF held up the Congregation's 1994 rejection of the so-called Kasper Proposal to give Holy Communion to the civilly remarried. The cardinal also stressed that the papal exhortation "Amoris Laetitia" (AL) must be interpreted in accord with it and other Church teachings.

Cardinal Müller declined to comment directly on the recent letter submitted by Cdl. Raymond Burke and three cardinals to Pope Francis on AL, specifically whether it allows civilly remarried adulterers to receive Holy Communion. He nonetheless did point out the CDF's 1994 rejection written by Cdl. Ratzinger, (later Pope Benedict XVI) of such "pastoral" proposals.

If the divorced are remarried civilly, they find themselves in a situation that objectively contravenes God's law. Consequently, they cannot receive Holy Communion as long as this situation persists. ... The faithful who persist in such a situation may receive Holy Communion only after obtaining sacramental absolution ... when for serious reasons, for example, for the children's upbringing, a man and a woman cannot satisfy the obligation to separate, they 'take on themselves the duty to live in complete continence, that is, by abstinence from the acts proper to married couples.

Free clip from CHURCH MILITANT premium
WATCH NOW
Cardinal Joseph Ratzinger, as prefect of the CDF in 1994, had to issue this letter in response to the erroneous proposal of none other than Germany's Cdl. Walter Kasper along with two other Cardinals. The Kasper proposal to give Holy Communion to unrepentant adulterers preceded the recent two synods by more than twenty years.
Cardinal Müller made known that the CDF speaks with papal authority — one of his reasons for not weighing in on Cdl. Burke's letter unless asked directly by the Holy Father. At the same time he emphasized that AL "should not be interpreted as if the teachings of earlier Popes and the Congregation for the Doctrine of the Faith on the subject were no longer binding."
As to leaving the matter of receiving Holy Communion up to the consciences of unrepentant adulterers, the 1994 statement cited by Cdl. Müller mandates, "Should they judge it possible to do so, pastors and confessors, given the gravity of the matter and the spiritual good of these persons as well as the common good of the Church, have the serious duty to admonish them that such a judgment of conscience openly contradicts the Church's teaching."
The 1994 document further iterated that St. John Paul II's apostolic exhortation "Familiaris Consortio" "confirms and indicates the reasons for the constant and universal practice, founded on Sacred Scripture, of not admitting the divorced and remarried to Holy Communion." 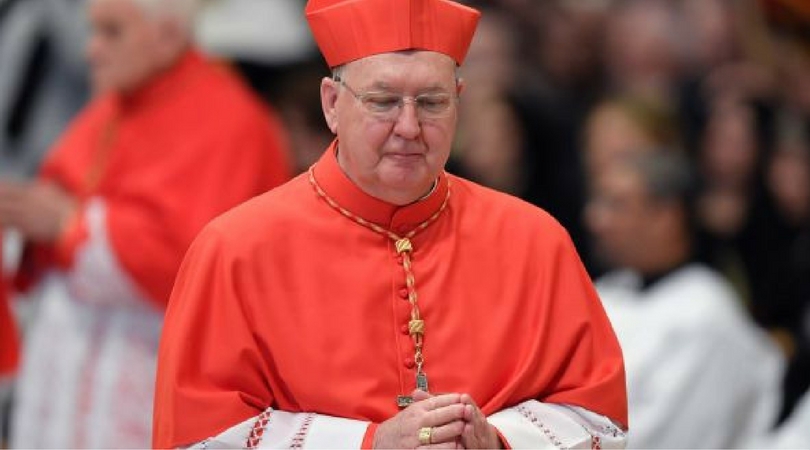