VATICAN CITY (ChurchMilitant.com) - Despite backlash from theological liberals, Pope Emeritus Benedict XVI will still be listed as the co-author of a book defending celibacy — at least in the English version.

Theological liberals have been pushing back against From the Depths of Our Hearts, a new book by Cdl. Robert Sarah and Benedict on the priesthood and the origins of priestly celibacy. Originally written in French, an English translation of the book will be published by Ignatius Press.

On Monday, some began casting doubt on Benedict's involvement in the book. Journalists claimed to have heard from sources close to the matter that Benedict did not intend to co-author a book — implying Cdl. Sarah had manipulated the 92-year-old retired pontiff to give the work greater credence and publicity.

Cardinal Sarah hit back by providing proof he collaborated with Benedict. Nonetheless, Benedict's personal secretary made a request to Cdl. Sarah to tell the publishers to stop listing Benedict as a co-author. After the request, Cdl. Sarah announced on Tuesday, "Considering the controversies that the publication of the book From the Depths of Our Hearts has provoked, it is decided that the author of the book for future publications will be: 'Cdl. Sarah, with the contribution of Benedict XVI.'"

"However, the full text remains absolutely unchanged," he added.

In spite of the requested change, Ignatius Press is standing firm and will continue to name Pope Emeritus Benedict XVI as a co-author.

Ignatius Press published the text as we received it from the French publisher Fayard. Fayard is the publisher with whom we have collaborated on three other Cdl. Sarah titles. The text we received indicates the two authors are Benedict XVI and Cdl. Sarah. That text also indicates that Benedict XVI co-authored an introduction and a conclusion with Cdl. Sarah, as well as his own chapter on the priesthood, wherein he describes how his exchanges with Cdl. Sarah gave him the strength to complete what would have gone unfinished.

Given that, according to Benedict XVI's correspondence and Cdl. Sarah's statement, the two men collaborated on this book for several months, that none of the essays have appeared elsewhere, and that a joint work as defined by the Chicago Manual of Style is "a work prepared by two or more authors with the intention that their contribution be merged into inseparable or interdependent parts of a unitary whole," Ignatius Press considers this a co-authored publication.

Church Militant asked French publishing company Fayard if Benedict will still be listed as a co-author, but received no response as of press time.

The social media controversy about Benedict's authorship began on Monday.

Eva Fernández, Vatican correspondent for a radio station owned by the Spanish Bishops' Conference, claimed a source told her Benedict XVI did not collaborate with Cdl. Sarah and did not approve the publication of the book.

The same day, a similar claim was touted on Twitter by Gerard O'Connell, Vatican correspondent for America Magazine.

.@americamag. has decided to hold my story that Benedict XVI did not coauthor the book with Cardinal Sarah on priesthood and celibacy. It wants to get comments from others involved before publishing it. For the record: my information came from a source close to Benedict XVI.

Shortly afterward, Cdl. Sarah presented clear evidence that he did, in fact, collaborate with Benedict. He tweeted photographs of three letters Benedict wrote to him over the course of three months. In one of the letters, dated Nov. 25, the pope emeritus wrote to the cardinal, "As for my part, the text can be published in the form you have provided."

As blowback continued, German Abp. Georg Gänswein, Benedict XVI's personal secretary, reached out to Cdl. Sarah Tuesday morning. Gänswein told the press that he "asked Cdl. Robert Sarah to contact the book's publishers and request them to remove Benedict XVI's name as co-author of the book, and remove his signature from the introduction and the conclusions too."

In an official statement in French on Tuesday, Cdl. Sarah issued a clarification about the timeline of his communications with the pope emeritus. He also commented, "The controversy, which for several hours aims to soil me by insinuating that Benedict XVI was not informed of the publication of the book, is profoundly abject. I sincerely forgive all those who slander me or who want to oppose me against Pope Francis."

"My attachment to Benedict XVI remains intact," he stated, "and my filial obedience to Pope Francis, absolute."

I sincerely forgive all those who are slandering me.

Though he asked Cdl. Sarah to change the authorship, Abp. Gänswein confirmed that Pope Emeritus Benedict XVI "knew that the cardinal was preparing a book, and he sent him a text on the priesthood, authorizing him to use it as he wanted."

"But he did not approve a project for a co-authored book, and he had not seen or authorized the cover," Gänswein added. "It is a misunderstanding that does not raise questions about Cdl. Sarah's good faith."

Along with doubts about Benedict XVI's authorship, those critical of the book accused theologically orthodox Churchmen of trying to prop up the retired pontiff as a "parallel Magisterium."

Papal biographer Austen Ivereigh tweeted, "The authority of Francis is undermined, and Benedict made to look interfering. It is intolerable."

In like manner, canon law professor Kurt Martens opined, "A former pope should not speak in public about anything at all."

Historian Massimo Faggioli, a contributor at Commonweal, remarked, "This is grotesque and obscene for anyone who cares about the dignity of the office of Peter."

Some faithful Catholics suspect the latest move — asking Cdl. Sarah to remove Benedict as co-author — was done to avoid giving fuel to the "parallel Magisterium" narrative.

Cardinal Sarah's and Benedict's defense of priestly celibacy comes in the wake of the Pan-Amazonian Synod that convened in Rome in October. One synod proposal called for allowing married men in the Amazon to be ordained to the priesthood, citing the small number of priests currently in the region. 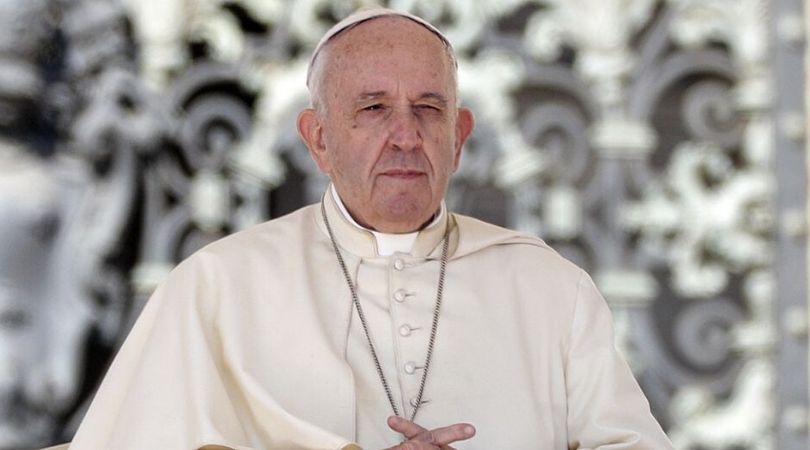