BUENOS AIRES, Argentina (ChurchMilitant.com) - Pope Francis, known for his rhetoric on zero tolerance for clerical sex abuse of minors, did not exhibit zero tolerance in dealing with homosexual predator clerics as archbishop of Buenos Aires, Argentina.

Pope Francis' poor record on sex abuse goes back to his time in Argentina, as seen by the case of Fr. Julio César Grassi. Grassi was convicted in 2009 of molesting a boy in a refuge for street children founded by him. Grassi remained free for four years, owing in part to a secret study commissioned by Cdl. Jorge Bergoglio, then archbishop of Buenos Aires and president of the Argentine bishops' conference. A provincial supreme court, however, was not persuaded by the detailed report and upheld Grassi's conviction. Grassi started his 15-year sentence in 2013.

In spite of a complaint filed in 2000 with the Juvenile Court of Morón accusing Grassi of abuse, nothing came of the accusation until an investigative news show, Telenoche Investiga, aired a program in October 2002 detailing Grassi's alleged sexual abuse of boys. Within the week, Grassi was arrested.

One month after Grassi's arrest the Argentine bishops, headed by Cdl. Bergoglio issued a statement through an executive committee on which Bergoglio presided alleging a "campaign" to "blur the image" of the Catholic Church and "cause society to lose its trust" in the institution. While not specifically mentioning Grassi, the statement was widely understood as pertaining to his case.

Seven years went by until Grassi was found guilty in 2009 of two acts of aggravated sexual assault of a minor but was allowed to remain free pending his appeal. A statement signed by 49 priests and 50 laypeople expressed outrage over the court's decision that allowed Grassi to remain free. They also criticized the "silence of ecclesial leaders" on his case, noting that "other bishops' conferences like Colombia's have spoken up in similar cases" adding, "we do not understand your silence, that has the appearance of 'hushing up' and 'tolerance.'"

Over the next four years, Grassi remained free while the lower courts, in turn, denied his appeals. During this period, Grassi claimed the support of various bishops and especially that of Cdl. Bergoglio.

Concerning Bergoglio, Grassi affirmed he "never let go of my hand [and] is always at my side." Bergoglio, for his part, defended Grassi after his arrest, saying in 2006 that "justice will determine" Grassi's innocence. Bergoglio also portrayed Grassi as the victim, alleging there was "a media campaign against him."

Cardinal Bergoglio, as president of the Argentine bishops' conference, hired a leading criminal defense lawyer, Marcelo Sancinetti, to conduct a private investigation on Grassi's behalf. The study exonerating Grassi was intended to sway the court — but to no avail.

The bishops' study attempting to exonerate Grassi was denounced in 2011 by Juan Pablo Gallego, an attorney for the Committee for Oversight and Implementation of International Conventions for Children's Rights. Gallego, who represented the plaintiffs during the trial, decried the study as a "scandalous instance of lobbying and exerting pressure on the Court."

Throughout his court trials, Grassi was allowed to present himself as a priest and as of 2017 was still listed as a priest in the diocese of Morón, a suffragan diocese of the archdiocese of Buenos Aires. Although convicted of sexual abuse of minors, Grassi was never laicised, in keeping with the policy in place under Cdl. Bergoglio. 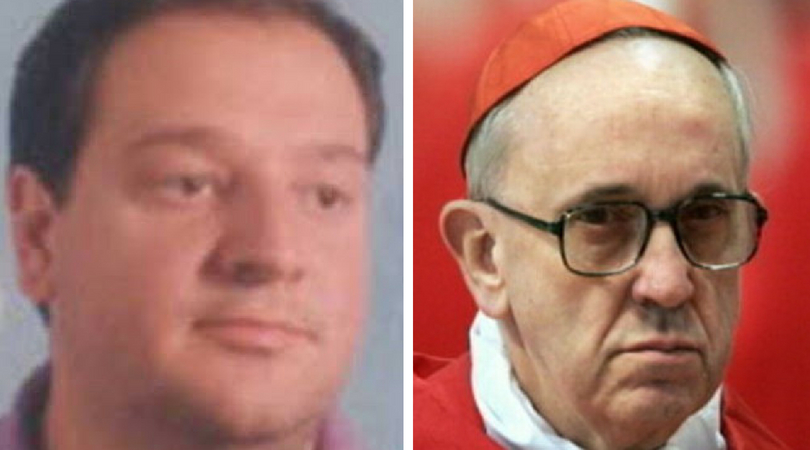