Cdl. Burke: "Change this gravely wrong and most scandalous decision”

In an interview earlier this week, Cdl. Burke commented, "It is my hope that Notre Dame University will hear the voice of their shepherd, the successor of the Apostles in their midst, and change this gravely wrong and most scandalous decision."

As ChurchMilitant.com reported last month, Fr. John Jenkins spoke with the local ordinary, Bp. Rhoades, about the decision by the University of Notre Dame (UND) to honor Vice President Biden, who is known to support abortion and so-called same sex marriage.

I believe it is wrong for Notre Dame to honor any "pro-choice" public official with the Laetare Medal, even if he/she has other positive accomplishments in public service … I also question the propriety of honoring a public official who was a major spokesman for the redefinition of marriage.

Father Jenkins made it clear to me that in recognizing Vice-President Biden and Speaker Boehner, Notre Dame would not be endorsing the policy positions of either, but rather, would be honoring them for their public service in politics.

But to this point, Bp. Rhoades affirmed,

The Church has continually urged public officials, especially Catholics, of the grave and clear obligation to oppose any law that supports or facilitates abortion or that undermines the authentic meaning of marriage. I disagree with awarding someone for 'outstanding service to the Church and society' who has not been faithful to this obligation.

[H]is positions with regard to human life and marriage are contradictory to the natural moral law … So, as much as one may want to praise certain positions which he has taken, at the same time one must realize that other positions are in the most grievous violation of the moral law and therefore make him ineligible to receive such an award from a Catholic university.

Biden's lack of worthiness for such an award was not the only concern for Bp. Rhoades. The greater issue for His Excellency was the almost certain scandal cause that would ensue.

Cdl. Burke agreed with Bp. Rhoades on the aspect of scandal, expounding,

The interview with Cdl. Burke was conducted by Catholic Action For Faith and Family, an advocate for defense of Roman Catholic values. To that end, they have begun a petition in support of Bp. Rhoades urging him to stop UND from disgracefully honoring Joseph Biden.

Biden is set to receive Notre Dame's most prestigious award, the Laetare Medal, May 15th. 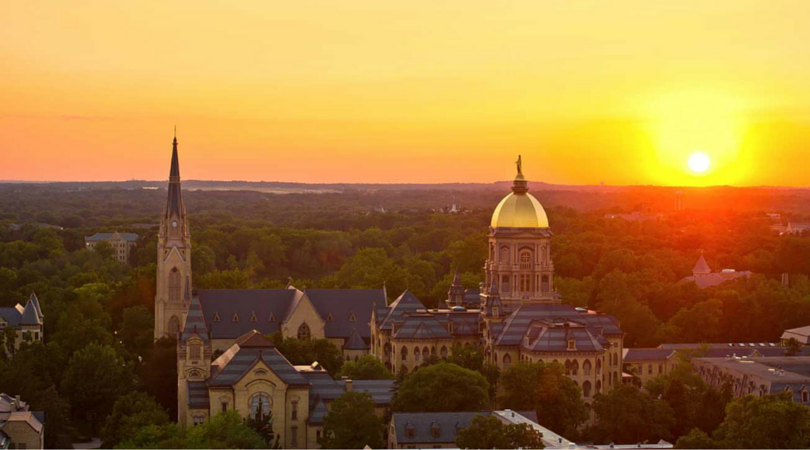