Cdl. Burke Doubles Down on Danger of Islam 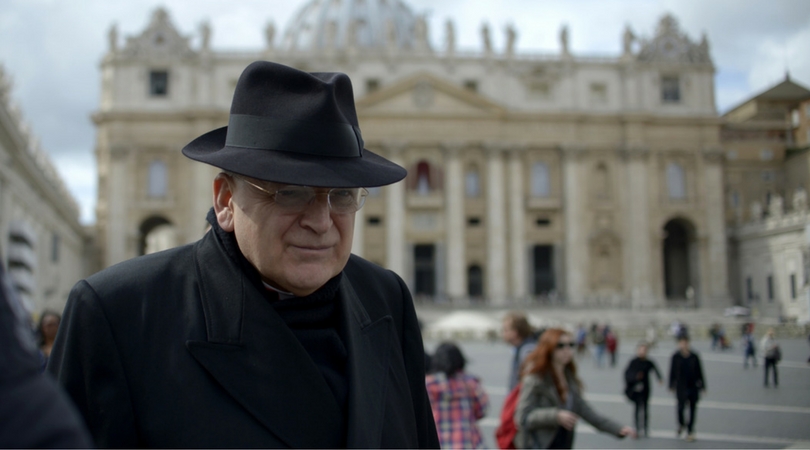 "We are not strong in faith, and an easy prey for conquest"

ROME (ChurchMilitant.com) - Cardinal Raymond Burke is doubling down on the threat Islam poses to the Christian world, pointing again to its inherent goal of world domination, now more attainable owing to the loss of Christian identity in the West.

In a new interview posted this week by Il Giornale, Cdl. Burke warns that Christians aren't recognizing Islam for what it really is. "It is clear that Muslims have as an ultimate goal conquest and power over the world. Islam, through the sharia, their law, will rule the world and allow violence against the infidels, like the Christians," he explained.

Appointed patron of the Sovereign Military Order of Malta by Pope Francis, Cdl. Burke points to history as proof that Islam has always had this goal of world conquest with special designs on Europe. "The whole history of the Islamic presence in Europe is an attempt to conquer it," he commented. "We just celebrated, on September 8, the victory of the Knights of Malta after a three-month siege by the Muslims in 1565. Malta would have been the springboard to Europe."

This reaffirms the same point Cdl. Burke made in July regarding the Christian battles with Muslims at Lepanto in 1571 and Vienna in 1683. "These historical events relate directly with the situation of today. There's no question that Islam wants to govern the world."

In his interview this week, Cdl. Burke says one reason for people's misunderstanding of Islam is owing to their mistaken notion that we Christians and Muslims believe in the same God. "Many people do not understand what Islam really is," he said. "They create these slogans: We all believe in the same God, that we are all united by love and so on. It's not true."

I don't believe it's true that we're all worshipping the same God because the God of Islam is a governor. … Sharia is their law, and that law, which comes from Allah, must dominate every man eventually. … And it's not a law that's founded on love. … We have to understand that in the end what they believe most deeply, that to which they ascribe in their hearts, demands that they govern the world.

This week the cardinal contrasts the God of Christianity — Triune and Incarnate — with the God of Islam. "Islam is a threat in the sense that the true Muslim Allah must rule the world," he clarified. "Christ in the Gospel said, 'Give to Caesar what is Caesar's.'"

The former prefect of the Apostolic Signatura, the Church's highest court, noted that the Qur'an itself, to which Muslims answer, calls for worldwide domination. "On the contrary, the Islamic religion which is based on the law of the Qur'an aims to govern all countries where there are Muslims," he continued. "While they are the minority they cannot insist, but when they become the majority they must apply the Sharia."

The American-born prelate says Islam is expanding owing to a loss of Christian identity in the West. The solution, he notes, is for the West to defend its Christian roots.

[T]here is only one Savior of the world, Jesus Christ. We must not proselytize, imposing Christianity, but if we believe in Jesus it is our duty to bear witness. … We supinely accept practices that are contrary to the natural law, such as abortion or the so-called marriage between persons of the same sex. It is the proof that we are not strong in faith, and an easy prey for conquest.

During the interview, Cdl. Burke was asked about the "writings of the Islamic State" on the "walls of Sirte, former stronghold of ISIS in Libya … regarding the conquest of Rome."

He responded, "It is a real danger. Islam is realized in conquest. And what is the most important conquest in the confrontation with Christians? Rome."

Watch the panel highlight the many dangers which threaten the Catholic Church in "The Download—Threats to the Church." 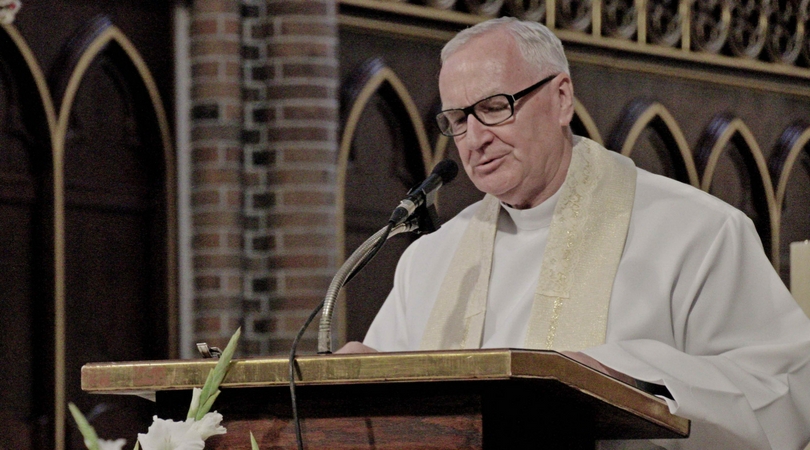 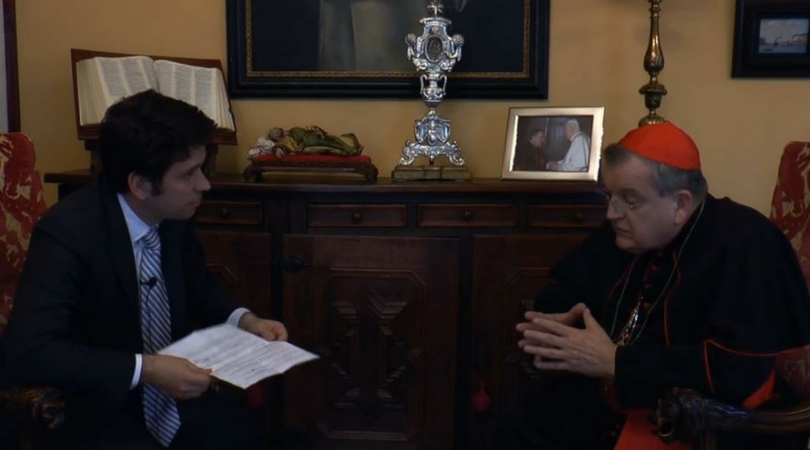 Watch
Cdl. Burke: Graced Families Are the Solution to Evil in the World
By Bradley Eli, M.Div., Ma.Th.   •   0 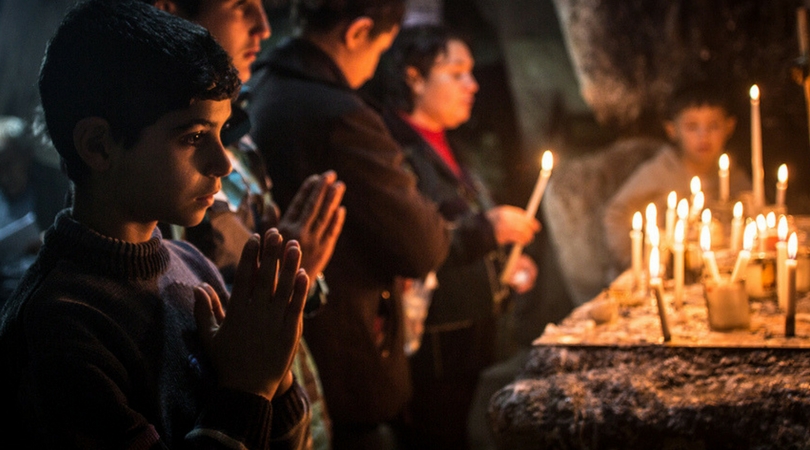