As ex-Muslim converts to Catholicism warn the Holy Father on the inherent dangers of Islam, it's notable that Cdl. Raymond Burke has been warning Catholics that Muslims' Allah is not the Prince of Peace heralded in Isaiah 9:6.

In their sobering letter to Pope Francis, the former Muslims quoted the Quran: ‬

I don't believe it's true that we're all worshipping the same God because the God of Islam is a governor. In other words, fundamentally Islam is, Sharia is their law, and that law, which comes from Allah, must dominate every man eventually. And it's not a law that's founded on love.

Some Catholics believe the Church teaches Muslims and Catholics do, in fact, worship the same God. They cite paragraph 841 of the Catechism of the Catholic Church, which reads, "The plan of salvation also includes those who acknowledge the Creator, in the first place amongst whom are the Muslims; these profess to hold the faith of Abraham, and together with us they adore the one, merciful God, mankind's judge on the last day."

Robert Spencer, director of Jihad Watch, points out this phrase is simply saying that Muslims are monotheistic. Monotheism doesn't count for much according to St. James, who in 2:19 of his epistle says, "You believe that there is one God. You do well. The devils also believe and tremble."

Spencer further notes that the Catechism isn't saying that individual Muslims do indeed worship the God of Abraham, but rather that they "profess to hold to the faith of Abraham." In chapter eight of John's Gospel, Our Lord contradicted certain "Jews" who professed to be "children of Abraham." This lively exchange is recorded in John 8:39–44:

They answered and said to him, "Abraham is our father." Jesus said to them, "If you are the children of Abraham, do the works of Abraham. But as it is, you are seeking to kill me, one who has spoken the truth to you which I have heard from God. That is not what Abraham did. You are doing the works of your father. ... If God were your Father, you would surely love me. For from God I came forth ... The father from whom you are is the devil, and the desires of your father it is your will to do. He was a murderer from the beginning.

During an interview in October of that same year, the cardinal again addressed the dangers of Islam. He said one reason for people's misunderstanding of Islam is owing to their mistaken notion that we Christians and Muslims believe in the same God. "Many people do not understand what Islam really is," he said. "They create these slogans: We all believe in the same God, that we are all united by love and so on. It's not true."

If God were your Father, you would surely love me.

In yet another interview in July 2016, Cdl. Burke was critical of prelates who "simply think that Islam is a religion like the Catholic faith or the Jewish faith." On the contrary, he stressed, "That simply is not objectively the case."

Speaking of "little Muslim states" that are currently "no-go zones" for authorities in France, Burke warned, "These things aren't anomalies for Islam. This is the way things are to go. ... If you do understand that and you are not at peace with the idea of being forcibly under an Islamic government, then you have reason to be afraid."

A Pew Research poll conducted in 2015 proves the veracity of the cardinal's words. It found that 60 million Muslims in predominantly Muslim countries actually support the notorious terrorist group ISIS. Even more worrisome is that 250 million Muslims in these countries, when asked if they support ISIS, said they were "undecided."

Watch the panel discuss the inherent danger of the so-called religion of peace in The Download—Blinders on Islam. 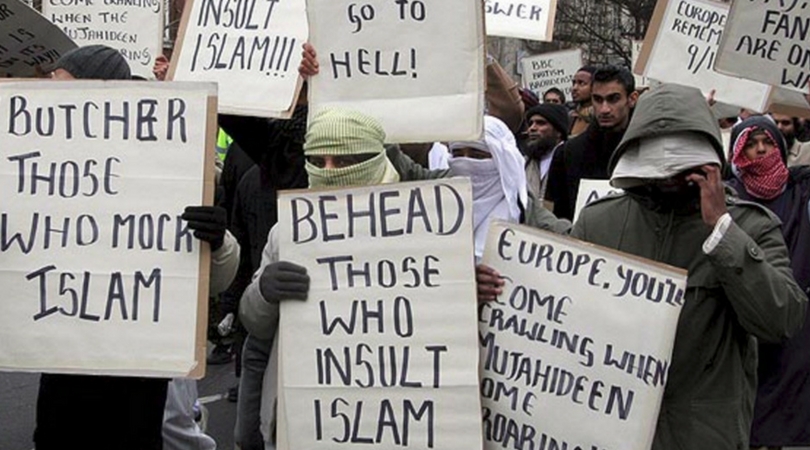