Burke: "This playing with faith and doctrine, at the highest level of the Church, rightfully leaves pastor[s] and faithful scandalized"

ROME (ChurchMilitant.com) - Cardinal Raymond Burke is reaffirming his fidelity to the Supreme Pontiff days before a conference to address the confusion and error in the Church.

In an interview published Thursday with La Nuova Bussola Quotidiana, the former prefect of the Apostolic Signatura offered his remarks ahead of a conference titled "Where the Church is Going" in Rome this Saturday.

"The confusion and division in the Church on the fundamental and most important issues — marriage and the family, the sacraments and the right disposition to access them, the intrinsically bad acts, eternal life and the very new ones — become more and more widespread, " he said. "And the pope not only refuses to clarify things by announcing the constant doctrine and sound discipline of the Church, a responsibility that is inherent in his ministry as the Successor of St. Peter but also increases confusion."

Cardinal Burke is scheduled to be one of the main speakers at the conference in memory of Cdl. Carlo Caffara, one of the signers of the dubia ( Latin for "doubts") which was sent in September 2016 to Pope Francis in response to Amoris Laetitia, the Holy Father's exhortation on marriage and the family.

Along with Cdl. Caffara, Cdls. Burke, Brandmüller and Meisner signed and hand-delivered the dubia to the pope, appealing him for clarification of Church teaching on Christian morality and the sacraments.

The conference is to examine the confusion over Amoris Laetitia and the push for the Church to "re-interpret" Church teaching on contraception, as well as limits of papal authority and division in the Church.

Cdl. Caffara spoke out against the "crisis of confusion" with the pope's exhortation on marriage and the family, lamenting "on fundamental questions regarding matrimony, confession and Eucharist .... some bishops have said A, others have said the contrary of A."

His Eminence also addressed the confusion and scandal that the pope's private statements have caused among the faithful, referring specifically to an article detailing a private meeting between Eugenio Scalfari, the founder of the newspaper La Repubblica, and Pope Francis where the Holy Father allegedly denied the existence of Hell and the immortality of the human soul.

What happened with the last interview given to Eugenio Scalfari during Holy Week and made public on Holy Thursday went beyond tolerable. ... He does not say that the erroneous, even heretical ideas expressed by these words are not shared by the pope and that the pope repudiates such ideas as contrary to the Catholic faith. This playing with faith and doctrine, at the highest level of the Church, rightfully leaves pastor[s] and faithful scandalized.

He went on to comment on the crisis among the hierarchy in the Church who have contributed to the "lack of doctrinal and disciplinary direction on the part of their pastors [that] leaves them lost. For the faithful who do not understand the gravity of the situation, this lack leaves them in confusion and eventually victims of errors harmful to their souls."

Participants will also study the increasing pressure inside the Vatican to "reinterpret" Humanae Vitae and elevate "conscience" above and beyond doctrine in light of Amoris Laetitia.

But Burke reasserted his duty to the Roman Pontiff and the Petrine Office while acknowledging the need for filial correction: "The Catholic must always respect, in an absolute way, the Petrine Office as an essential part of Christ's institution of the Church. ... If the pope does not fulfill his office for the good of all souls, it is not only possible but also necessary to criticize the pope." 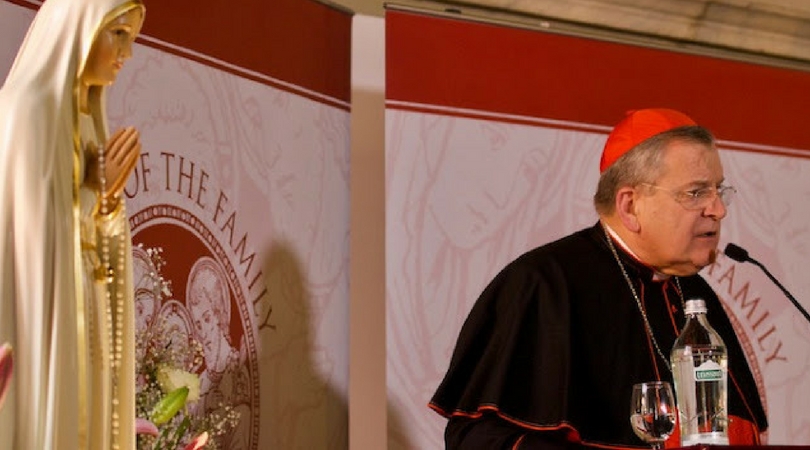 Cdl. Burke Calls Out Apostasy Among Church Leaders
By Trey Elmore   •   0
Rome Conference to Address ‘Great Confusion in the Church’
By Stephen Wynne   •   0