Parishes forced to raise money to stay open, only to be closed, while archdiocese pockets the funds

Since Cdl. Blase Cupich's rollout of his parish restructuring campaign, Catholics all over Chicago have been forced to raise hundreds of thousands of dollars to keep their parishes open, only to be left scrambling once their parishes close, while the money from closures is pocketed by the archdiocese.

The archdiocese of Chicago's "Renew My Church" program — nicknamed "Ruin My Church" by Chicago Catholics — is ostensibly meant to spur growth and spiritual renewal, but Catholics say it has nothing to do with spiritual concern and is instead all about the bottom line: money.

Chicago's Renew My Church program is nicknamed 'Ruin My Church' by Chicago Catholics.

The restructuring campaign groups two to eight parishes together to "discern how best to meet the needs of the future in a way that is both reasonable and in conformity with God's will for us." In reality, at least in the experience of some parishioners, it pits one parish against another in a fight to the death, with the archdiocese inheriting all the assets.

Andrea Covert's parish, St. Jane de Chantal, is one of those on the chopping block. It has been grouped with Our Lady of the Snow, St. Camillus and St. Daniel the Prophet, tasked with finding a way to merge four parishes into two — with a third as a "worship site."

"We don't need a worship site; we want a parish," she told Church Militant.

A letter to the Renew My Chuch Commission written by the Archer Midway West Group described the difficulties parishes are having with the process. They admit to "dutifully" staying together despite confusion around how the groupings were made and the ensuing awkwardness, which is creating problems.

"In the end, we are all still fearful and have more questions than answers," it said. "If the truth be known, few of us if any, are looking forward to receiving word from Cdl. Cupich."

Fr. Jason Malave, who directs the Renew My Church program, is known to be extremely friendly to the LGBT cause.

Cupich's liaison for the Renew My Church campaign is Fr. Jason Malave, who directs the program. Two priest sources from the archdiocese of Chicago, who spoke with Church Militant on condition of anonymity, confirmed that Fr. Malave is is known to be extremely friendly to the LGBT cause.

Malave told the Chicago Tribune that the archdiocese is using a different approach from past closures, claiming the final decision made by Cupich is based on "months of conversations" with the faithful.

But that statement contradicts the lived experience of the faithful, who claim the archdiocese is ignoring their concerns and refusing to engage in conversation.

Covert, a parishioner and mother of a disabled son who attends St. Jane de Chantal School, one of the parishes slated for closure or merger, is frustrated that her repeated concerns voiced to the archdiocese have gone ignored and unanswered. Covert has been through this process before. They were parishioners of Incarnation Parish and School in Palos Heights when the school closed in June last year, where she experienced the same lack of concern from the archdiocese.

In order to keep Incarnation School open, the archdiocese demanded that it have three years of operating expenses in the bank and the enrollment had to be increased to 240 students — an almost impossible task when the school had been targeted for closure.

They were told of these demands in the fall and given until Catholic Schools Week in January 2018, approximately four months, to raise $600,000.

"We had no Christmas," Covert said.

Parents organized several fundraisers, crowdfunding campaigns and tracked down corporate sponsors to raise $154,000 to help keep the school open. They appealed to the archdiocese for an extension, but that appeal was denied and parents were told to "start shopping for schools."

In a heated meeting with parents in January 2018 to announce Cupich's decision to close the school, the archdiocese kicked out a local reporter, escorted out by police, despite being invited as the guest of a parent. The diocesan officials wouldn't allow the parish priest to speak to the parents after explaining that he had been informed of the school's closure in 2015 — almost three years before parishioners were notified.

Archdiocesan officials also wouldn't give a direct answer to why Cupich would not allow the transfer of students of a local school that would have pushed enrollment over the "vitality" standard of 225. Parents of nearby Our Lady of the Ridge School in Chicago Ridge, also slated to close, wanted to send their children to Incarnation School. Parents at Our Lady of the Ridge raised almost a quarter of a million dollars to keep the doors open to no avail. Both schools were closed at the end of the school year.

In that meeting, Tom McGrath, the chief operating officer for Chicago Catholic Schools, promised Incarnation parents the $154,000 they raised would be returned to the donors.

Covert said she doesn't know where that money is. The last fundraiser they held was a dinner that earned cash, and she has "no idea where it is."

Any profits from the sale of the property after all debts are settled will also revert to the archdiocese.

In response to our query to Malave about the closing of Incarnation School and the status of the funds raised to keep it open, he replied that Incarnation's closure was "not formally part of the Renew My Church process." He promised that a member of the archdiocese's media team would respond. As of press time, Church Militant has received no response.

Covert was vocal with the media during their fight to keep Incarnation School open. They repeatedly asked Cupich or other archdiocesan officials to visit Incarnation and later St. Jane de Chantal — a request they ignored.

"How can a cardinal pick which parish to close if he's never set foot in the parish?" she asked, saying that their unresponsiveness communicated the message: "How fast can I get this done?"

"They're closing churches and schools in bits and pieces — just enough to hurt Catholics," she said.

She and other Chicago Catholics blasted Cupich for not understanding the needs of the faithful in his diocese: "He was not placed here to shepherd his people, but to gut the Church for money." Another said Cupich has "no clue."

He was not placed here to shepherd his people, but to gut the Church for money.

One parishioner of St. Celestine in Elmwood Park told Church Militant he and his wife spoke with the Renew My Church representatives and they feel "they are out of tune with what's actually going on out here." Saint Celestine was supposed to absorb the families from St. Cyprian in River Grove that closed. But only three or four families from St. Cyprian transferred to St. Celestine. The rest of the families likely put their children in public schools.

Covert's disabled son uses a walker and sometimes a wheelchair to help him get around, but he loves to serve Mass and aspires one day to become a priest. He would regularly serve Mass at Incarnation, until a parishioner complained that her son's walker was a "distraction." He was afterwards forbidden to help during the liturgy, which Covert said "devastated him."

They had chosen Incarnation School and parish for its accessibility, which has a $1.5 million endowment from the Agnes Walsh Family Fund to keep the building maintained. Interest on the endowment was used to make Incarnation ADA-compliant. The endowment made it so the school would never need to raise money for the upkeep of the building.

After her son could no longer serve Mass at Incarnation, Covert searched for a long time to find a parish that would let her son serve and was elated to find St. Jane de Chantal. Saint Jane's organist is disabled, and the parish is welcoming to those with disabilities. Parishioners often tell Covert that seeing her son serve Mass with such joy and peace gives them strength and courage in their trials.

Now that St. Jane is also slated to close, Covert and her son are once again left crushed at the prospect of having to find another parish.

"Kids don't have a lot of security in this secular world, but they have it at a parish," she said.

The Renew My Church program is hurting parish priests as well. After Incarnation School closed, about 100 families left the parish. This drop in parishioners puts Incarnation parish (which remains open) in jeopardy of closing.

"He'll be back for that $1.5 million at Incarnation," Covert said.

Chicago Catholics who spoke with Church Militant say that Renew My Church is doing nothing to bring back the vibrancy of the Faith, in spite of the "spiritual" language surrounding the campaign. That point is illustrated in an incident that took place just before the end of the school year.

During his homily to the middle school children of Incarnation School, retired priest Msgr. R. George Sauraskas verbally abused the students. During his homily, he asked them how many of them and their parents went to Mass on Sundays.

Disappointed that few raised their hands, he called them "lousy Catholics."

"He was glad the school was closing because we don't go to Mass anyway and we were disappointing other parishioners who paid for our school," said one Incarnation student of the priest's words.

Several students cried and were ridiculed by Msgr. Sauraskas, who made motions of playing the violin and mocking their weeping. While the families received an apology, it remains unclear if the archdiocese took any action against Msgr. Sauraskas.

Cardinal Cupich is expected to make the final decision as to the fate of the parishes on Jan. 18 at a meeting at Our Lady of the Snow parish. As of press time, the archdiocese of Chicago's media team has not responded to Church Militant's queries.
Read Part II

1/14/2019: This article was revised to remove information about St. Clement's Catholic Church, which purchased the $1.65 million Lincoln Park townhome for its priests. 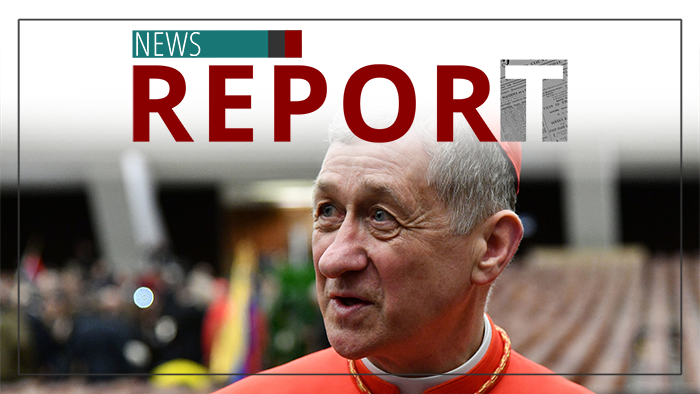