NEW YORK (ChurchMilitant.com) - The archbishop of New York posed for the third year in a row with immodestly dressed women and farm animals to kick off Christmas celebrations at Radio City Music Hall.

Cardinal Timothy Dolan, the archbishop of New York, blessed two sheep, three camels and a donkey on November 9 outside of the famous Radio City Music Hall in downtown Manhattan. The Rockettes — immodestly clad dancers famous for performing at Radio City Music Hall – were present front and center, holding the animals.

In the video, the crowd responded with laughter to Dolan's comment, "Can you all see OK? ... You want to see the Rockettes, you don't want to see me." Besides blessing the animals, he added in his prayer that God "bless with strength and perseverance the Rockettes — our beloved Rockettes — so that this historic Radio City Christmas Special may continue to bring hope and light and promise to our beloved New York City."
The animals are used during the "Living Nativity" number that ends the Christmas Special. Although the show has been held since 1933, it was only in 2015 that Dolan began blessing the animals. In 2015 and this year, Dolan didn't mention the true meaning of Christmas, the birth of Jesus Christ. In 2016, however, he mentioned in his prayer, "May this remind us of the humble birth of Jesus Christ at Bethlehem and raise up the thoughts of hundreds and thousands of people to Him who is Emanuel, God with us and Savior of all."

He was observed by a crowd of onlookers, various members of the press, Radio City Music Hall promoters and archdiocesan officials.

An image of the event is posted on Dolan's Twitter feed:

This morning I joined the @Rockettes in welcoming the camels, sheep and donkey back to @RadioCity for the start of rehearsals. pic.twitter.com/iaCXT7wY3O

Although some Catholics were enthusiastic about the archbishop's presence, others were critical, commenting:

Not fitting for an ambassador of Christ! 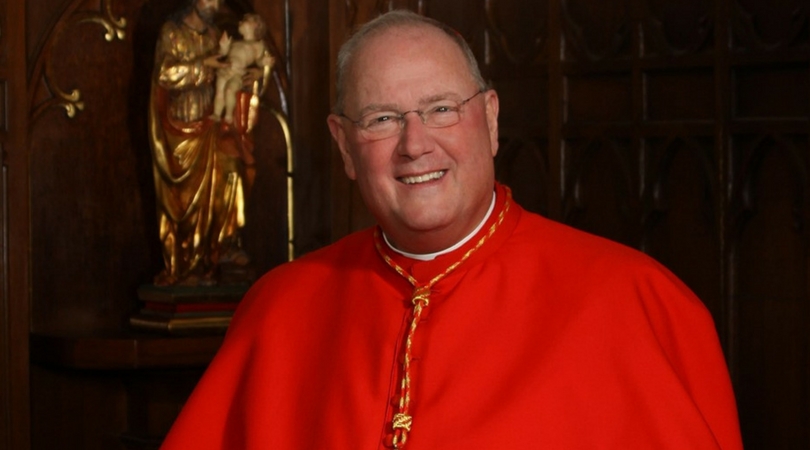