VATICAN CITY (ChurchMilitant.com) - The Vatican's former doctrine chief is allowing for the possibility of Holy Communion to the divorced and civilly remarried.

In an interview published in La Stampa Sunday, on Cdl. Gerhard Müller's 70th birthday and the 40th anniversity of his ordination, the former prefect of the Congregation for the Doctrine of the Faith spoke of his preface written for Rocco Buttiglione's new book, Why Amoris Laetitia Can and Must Be Interpreted in the Orthodox Sense.

It is possible that the penitent may be convinced in conscience, and with good reasons, of the invalidity of the first marriage even though they cannot offer canonical proof.

Responding to journalist Andrea Tornielli's question whether the book answers the dubia, Müller said, "I am convinced that he has dispelled the doubts of the cardinals and many Catholics who feared that in Amoris Laetitia a substantial alteration of the doctrine of faith had taken place both on the valid and fruitful way of receiving Holy Communion as well as on the indissolubility of a marriage validly contracted between the baptized."

He went on to explain that limited situations may exist for the divorced and civilly remarried to approach the sacraments.

"It is possible that the penitent may be convinced in conscience, and with good reasons, of the invalidity of the first marriage even though they cannot offer canonical proof," Müller explained. "In this case the marriage that is valid before God would be the second one, and the pastor could grant the sacrament, certainly with the appropriate precautions so as not to scandalize the community of the faithful and not to weaken the conviction of the indissolubility of marriage."

He clarified that in such cases, it is not the couple "dissolving" the previous union, which is impossible.

"Faithful to the Word of God, the Church does not recognize any dissolution of the marriage bond and therefore no division," he said. "A sacramental marriage valid before God and before the Church cannot be dissolved by the spouses or by the authority of the Church, nor can it be dissolved by a civil divorce followed by a new marriage."

The case is different, which we have already mentioned, of a marriage that has been invalid since the beginning because of the lack of a true consensus. In this case, a valid marriage is not dissolved or considered irrelevant. It is simply recognized that what seemed to be a marriage actually wasn't.

Asked about short marriages entered into without real faith or understanding, and whether — if true conversion takes place in the second marriage — the couple could access the sacraments, Müller replied, "We do not yet have a consolidated answer here."

"Here we need the good shepherd who, this time, must not repel the wolves with his stick," he continued, "but — according to the model of the good Samaritan — pour oil and wine into the wounds and hospitalize the wounded in the inn that is the Church."

Even so, the sacrament of penance is required when a Catholic is aware of grave sin, and confession must be accompanied by the firm intention to avoid future grave sin. "Without this, sacramental forgiveness cannot be given," he said.

Neither may the Catholic "decide in conscience alone whether or not to recognize God's commandments as just and binding on them. Rather, we examine our thoughts, words, deeds and omissions in conscience in the light of His holy will."

Asked how to avoid the two extremes of subjectivism and legalism, Müller dismissed the popular notion that Christ was not serious in His teaching on marriage.

It is not our duty to justify a new union that resembles a marriage with a person who is not the legitimate spouse.

"It is not our duty to justify a new union that resembles a marriage with a person who is not the legitimate spouse," he said. "We are not allowed in our thought to believe 'in a worldly way' that Jesus cannot have taken so seriously the indissolubility of marriage, or that this indissolubility can no longer be demanded to the people of today who, because of life's length, cannot resist so long with a single spouse."

Asked about the papal rescript published in the Acta Apostolicae Sedis, in which Pope Francis raised to the level of "authentic Magisterium" the Buenos Aires bishops' liberal interpretation of Amoris Laetitia, the cardinal chose silence: "This is an issue on which I would not like to comment."

Müller's five-year term at the Congregation for the Doctrine of the Faith ended on July 2 following months of rumors that his time was nearing an end, as he became increasingly vocal about his denunciations of attempts to change Church discipline and doctrine on marriage and the sacraments. 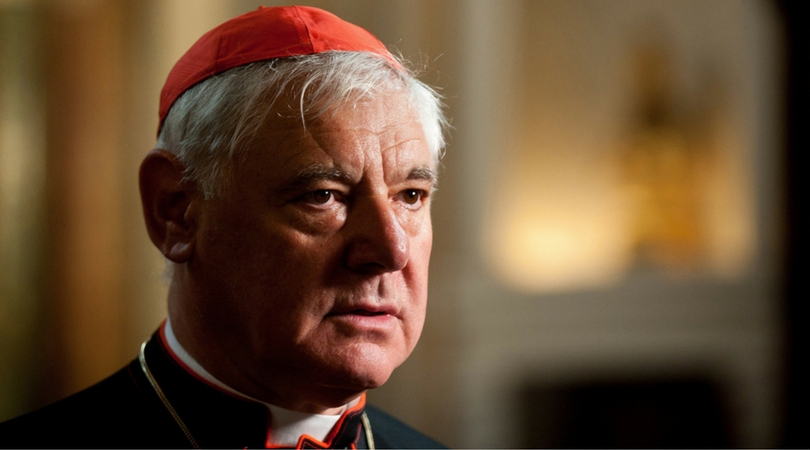