BOSTON (ChurchMilitant.com) - In spite of a letter detailing Cdl. Theodore McCarrick's serial sex abuse of seminarians, Boston's Cdl. Sean O'Malley welcomed him to a fundraising gala in fall of 2015, which raised $2 million for the archdiocese. He also traveled to Cuba with McCarrick a week later, holding a joint talk with him as well as concelebrating Mass, even calling him "wonderful" in a blog post.

O'Malley issued a statement in late July admitting knowledge of a letter from June 2015 about McCarrick's sexual predation of seminarians.

"Recent media reports also have referenced a letter sent to me from Rev. Boniface Ramsey, O.P. in June of 2015, which I did not personally receive," he said. "In keeping with the practice for matters concerning the Pontifical Commission for the Protection of Minors, at the staff level the letter was reviewed and determined that the matters presented did not fall under the purview of the Commission or the Archdiocese of Boston, which was shared with Fr. Ramsey in reply."

O'Malley carefully avoids saying whether he knew of the letter's contents, but critics say it's highly doubtful that Fr. Robert Kickham — his secretary, driver and closest aide — would not have informed him, as it concerned grave allegations against a fellow cardinal and America's highest-ranked prelate.

In spite of the June letter, O'Malley welcomed McCarrick to a September 17, 2015 fundraising gala, which raised $1.8 million for the Boston archdiocese.

"Celebration of the Priesthood" is an annual dinner that raises money for Boston's Clergy Health and Retirement Trust, which financially supports active and retired priests. The trust itself has an operating reserve of $40 million, with the goal of $80 million in the future.

In 2015, the archdiocese raised $8.5 million for the trust from three parish collections plus the annual dinner. More than 1,600 priests, parishioners, business leaders and politicians attended the gala, where pro-abortion Catholic Marty Walsh, mayor of Boston, spoke, followed by O'Malley, whose speech touched on, among other things, immigration, violence in the Middle East and the "growing disparity between the haves and have-nots."

O'Malley featured the image of McCarrick in a September 18, 2015 post on his blog, one day after the gala.

Church Militant asked the Boston archdiocese why it would welcome McCarrick to the fundraiser after receiving a letter detailing his serial sex abuse, but did not receive a response as of press time. It remains unclear whether he was also invited to subsequent fundraisers.

Days after the 2015 gala, O'Malley flew to Cuba with McCarrick and others to attend a Mass in Havana with Pope Francis, calling McCarrick "wonderful" on his blog and repeatedly singling him out in his comments.

"We had a wonderful group of people including Cardinal Theodore McCarrick who had learned about the trip and wanted to go with us as well," O'Malley wrote in his September 25 post.

"Saturday, our first full day in Havana, was something of an immersion into the culture of the Cuban people," he continued. "We began the day with a talk by me and Cardinal McCarrick, speaking a little bit about the history of U.S.-Cuba relations and our experience visiting there over many years."

A few days later, O'Malley and McCarrick and a group of pilgrims traveled to a Carmelite convent in Havana, where the two cardinals concelebrated Mass together.

Father Boniface Ramsey, the priest who sent O'Malley the letter in June 2015, wants an investigation into what they knew about McCarrick and what they did with his letter.

"The vast majority of the bishops knew this — they gossip, too, you know, just like everybody else," he told the Boston Globe.

His 2015 letter detailed "a form of sexual abuse/harassment/intimidation or maybe simply high-jinks as practiced by Theodore Cardinal McCarrick with his seminarians and perhaps other young men" — but Kickham responded that O'Malley, who heads the Pontifical Commission for the Protection of Minors, was not the one with jurisdiction over this issue.

"Please know of our appreciation for your care and concern for the good of the Church and the people of God," Kickham concluded in his reply.

The Boston archdiocese has come under fire for its response to Ramsey, critics saying the letter should have been forwarded to the Vatican rather than simply returned to the priest. Critics are also asking why O'Malley said and did nothing with regard to McCarrick in the three years since receiving the letter detailing his serial sexual abuse of seminarians. 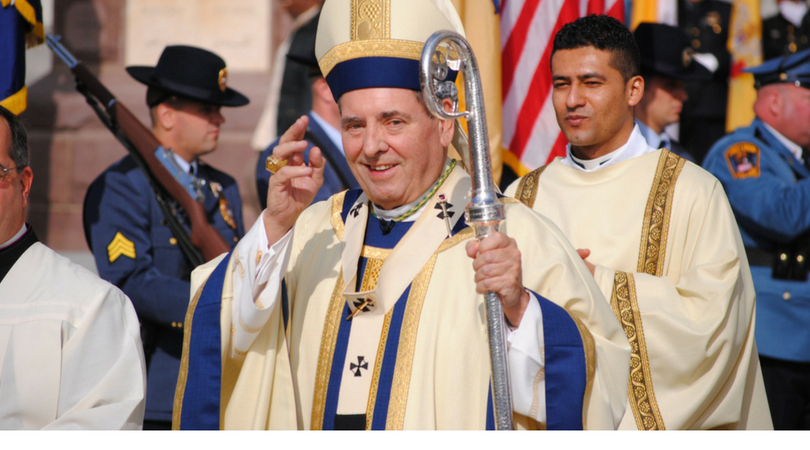