Cdl. Ratzinger Foresaw the Revolution in the Church

As Church leaders reconsider greenlighting contraception and others claim Catholic teaching on sexual ethics has undergone "a paradigm shift," which is "nothing short of revolutionary," it's helpful to recall that Cdl. Joseph Ratzinger, later Pope Benedict XVI, foresaw this sexual revolution in the Church coming some 30 years ago.

Addressing a doctrinal commission in 1989 Cdl. Ratzinger, then-prefect of the Congregation for the Doctrine of the Faith, identified the essentials of the sexual revolution being pushed by Church Leaders. "The principle elements of this litany," said Cdl. Ratzinger are:

The rejection of the Church's teaching about contraception, which means ... every kind of means for the prevention of conception upon whose application only individual "conscience" may decide; the rejection of every form of "discrimination" as to homosexuality and the consequent assertion of a moral equivalence for all forms of sexual activity as long as they are motivated by "love" or at least do not hurt anyone; the admission of the divorced who remarry to the Church's sacraments; and the ordination of women to the priesthood.

The cardinal described the push for sexual liberality as a "revolutionary vision about man which has appeared behind our rather haphazardly concocted litany of objections to the Church's teaching." He explained how the objections to sexual morality were rooted in a false notion of Christ. One view he says discards morality as legalism based on a liberal-minded Christ and the other view is of a social-justice Christ so prevalent in liberation theology:

There are today two principal models for the alleged figure of the historical Jesus: the bourgeois-liberal and the Marxist-revolutionary. Jesus was either the herald of a liberal morality, struggling against every kind of "legalism" and its representatives or he was a subversive who can be considered as the deification of the class struggle and its religious symbolic figure.

Cardinal Ratzinger elaborated on these two false notions of Christ:

Evident in the background are the two aspects of the modern notion of freedom, which are seen embodied in Jesus; this is what makes Him God's representative. The unmistakable symptom of the present decline of Christology is the disappearance of the Cross and, consequently, the meaninglessness of the Resurrection, of the Paschal Mystery. In the liberal model, the Cross is an accident, a mistake, the result of short-sighted legalism. It cannot therefore be made the subject of theological speculation; indeed, it really should not have occurred and a proper liberalism makes it in any event superfluous.

In the second model, Jesus is the failed revolutionary. He can now symbolize the suffering of the oppressed class and thus foster the growth of class consciousness. From this viewpoint, the Cross can even be given a certain sense, an important meaning but one which is radically opposed to the witness of the New Testament. Now, in both these versions, there runs a common thread, namely, that we must be saved not through the Cross but from the Cross.

Watch the panel discuss the sexual revolution in the Church in The Download—Attacking Humanae Vitae. 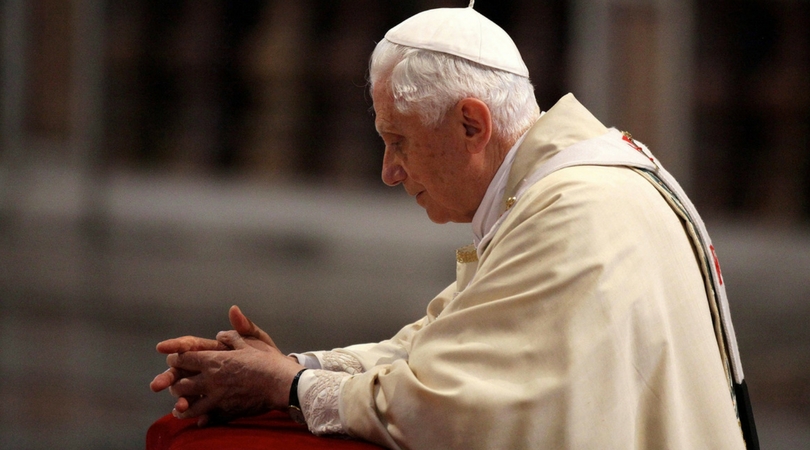 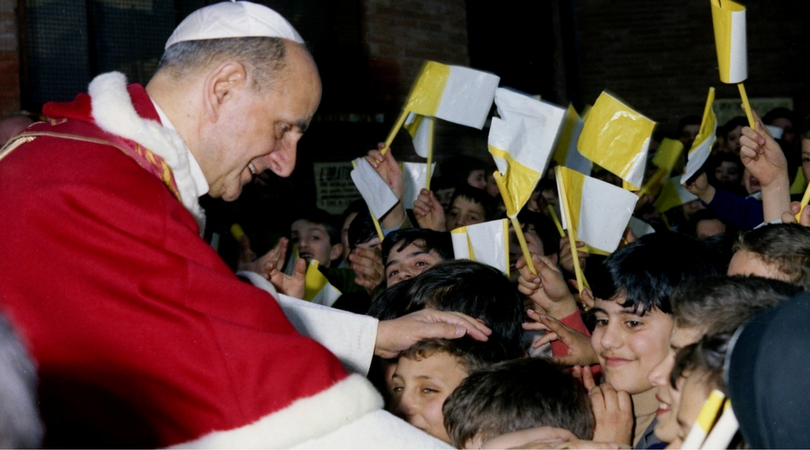