Cdl. Wuerl Refusing to Step Down, Proposes ‘Season of Healing’

WASHINGTON (ChurchMilitant.com) - Cardinal Donald Wuerl of Washington, D.C. is refusing to step down after being implicated in the massive cover-up of clerical sex abuse.

In a Thursday letter to the priests of the archdiocese, Wuerl is calling for a "season of healing" to address the sex abuse crisis. He notes the calls for him to step down, but is choosing to remain in spite of them. In his letter, he explained that in a Sept. 3 "prayer and discernment" meeting with his priests, "Among the many observations was that the archdiocese would be well served by new leadership to help move beyond the current confusion, disappointment and disunity."

George Neumayr, a Church Militant correspondent who has been investigating Wuerl for years, comments, "Cardinal Wuerl is right. This is a season of healing — healing of his tattered reputation which he is attempting to orchestrate through this utterly sham PR campaign that nobody should take seriously."

On Aug. 30, Wuerl asked "for forgiveness for my errors in judgment, for my inadequacies, and also for your acceptance of my contrition for any suffering I have caused," but that sentiment is nowhere to be found in his latest letter.

He gives the purpose of the "season of healing" as "an invitation for parishes and parishioners to come together in prayer, to give voice to the pain and suffering of the survivors of clergy sexual abuse, while also recognizing the pain and wound of the whole Church."

It's scheduled to begin on Sept. 14, the Feast of the Exaltation of the Cross, and continue each consecutive Friday for six weeks.

Neumayr also revealed proof that Wuerl is currently covering for a homosexual abuser priest in his archdiocese.

Wuerl says the DC archdiocese no longer suffers from a McCarrick problem. Don't believe it. Wuerl has been letting Father Emmanuel Betasso operate in his archdiocese, despite Betasso's arrest for sexual misconduct in a hot tub with an 18-year-old.

Betasso, whose legal name is Patrick Anthony Betassio, was arrested in Milwaukee in 2011 for groping an 18-year-old male in a hot tub. Although he was suspended from the Carmelites, he is currently with the Carmelites in Washington, D.C., where he still preaches. Neumayr reports the archdiocese knows about Betassio's past but has not acted to remove him.

Wuerl's latest actions imply that despite the outrage at his sex abuse cover-up, he is not resigning, but instead digging in his heels and hoping to ride out the storm. It remains to be seen whether faithful Catholics will tolerate this posture. 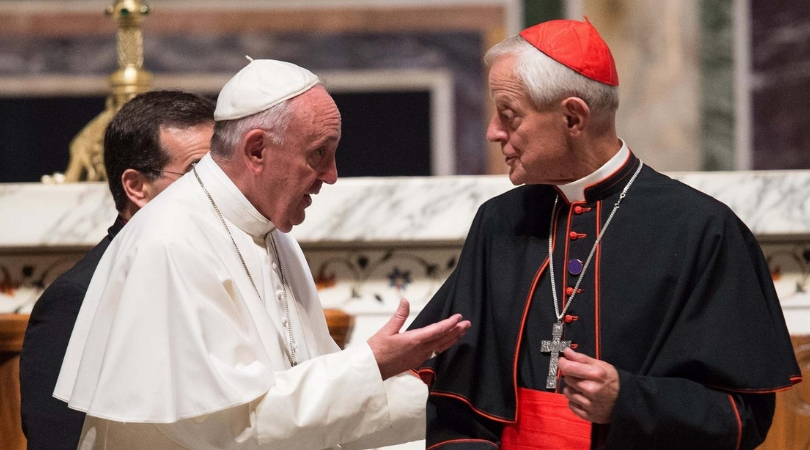