Cecile Richards to Step Down From Planned Parenthood

DETROIT (ChurchMilitant.com) -  After more than a decade at the helm of America's largest abortion provider, Cecile Richards is stepping down as CEO of Planned Parenthood.

"Cecile plans to discuss 2018 and the next steps for Planned Parenthood's future at the upcoming board meeting," declared a statement provided by a Planned Parenthood official to BuzzFeed news Wednesday afternoon.

The news comes only days after the enormously successful March for Life, which saw an estimated half a million march on Washington, D.C. on behalf of the sanctity of life. The march was followed the next day by a paltry turnout for the pro-abortion D.C. Women's March, which some secular outlets estimate brought out only 10,000 to Lincoln Memorial.

Richards is also stepping down a year after the installation of President Donald Trump, whom leaders have hailed as the "most pro-life president in modern history," and whose first official act as president was to reinstate the Mexico City Policy, yanking federal funding from international organizations that promote or participate in abortion.

"If this bill ever becomes law [to defund Planned Parenthood], millions of women in this country are going to lose their health care access, not to abortion services, to basic family planning — you know, mammograms, cancer screenings, cervical cancer," she told the panel of the talk show The View.

In September 2015, Richards backtracked, testifying before Congress that "no Planned Parenthood clinics have mammogram machines."

In spite of Richards' efforts to paint Planned Parenthood as not primarily centered on abortion, its latest financial report shows it killed 321,384 unborn children last year, the source of the vast majority of the abortion giant's profits, which increased by 27 percent — from $77.5 million in 2015 to $98.5 million in 2017. The group also took in $544 million in taxpayer funding.

Richards herself enjoyed an annual salary of nearly $1 million.

In 2015, she scrambled to defend the abortion conglomerate after a series of devastating video exposés revealed Planned Parenthood profits from trafficking in aborted babies' body parts — a federal crime. Although Richards repeatedly claimed the costs associated with the body parts trade was for shipping and handling, former abortion industry workers admitted there are almost no costs involved in handling aborted body parts, and that the payments were "sheer profit."

Since then, Congress has opened two separate investigations into Planned Parenthood, both concluding that there is extensive evidence the abortion giant broke the law, and issuing a recommendation that it be investigated by the Department of Justice.
"The report documents the failure of the Department of Justice, across multiple administrations, to enforce the law that bans the buying and selling of human fetal tissue," wrote Senate Judiciary Chairman Chuck Grassley in December 2016. "It also documents substantial evidence suggesting that the specific entities involved in the recent controversy, and/or individuals employed by those entities, may have violated that law."
The DOJ has since confirmed it has launched an investigation into the non-profit's practices. 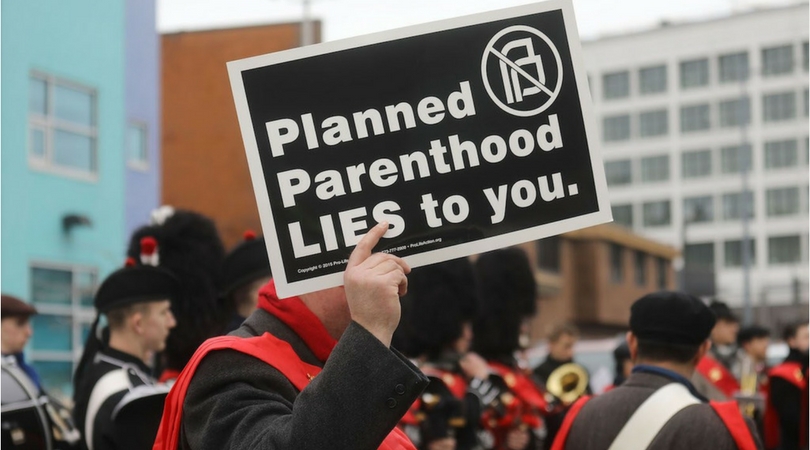