NEW YORK (ChurchMilitant.com) - The CEO of one of the country's wealthiest foundations is linked to multiple priest scandals in New York, and critics are calling on him to be voted out of office.

Monsignor Gregory Mustaciuolo, former vicar general for the archdiocese of New York, is currently CEO of the Mother Cabrini Health Foundation, worth $3.2 billion in assets (all cash). It's among the top 25 largest grant-making foundations in the United States, and the largest foundation in the world to be directed by Catholic principles.

Although Cabrini's tax form 990 is not yet publicly available and individual salaries cannot be ascertained, CEOs of non-profits of similar wealth are paid at least $1 million a year in salary and other compensation.

Mustaciuolo's career began long before his priestly ordination, when he was the seminary favorite of the rector, then-Msgr. Edwin O'Brien (now a cardinal and current grand master of the Equestrian Order of Holy Sepulchre of Jerusalem) in the mid-1980s. O'Brien was recently named in former papal nuncio Abp. Carlo Maria Viganò's testimony as a member of the Church's "homosexual current." O'Brien was also accused by Msgr. Gene Gomulka, who served as chaplain in the Navy when O'Brien headed the Archdiocese for the Military Services, as covering up the true number of sexually abusive priests.

According to former seminarians, Mustaciuolo enjoyed an unusually intimate relationship with O'Brien, and was the only seminarian permitted to walk his labrador, earning for him the derogatory nickname "pet."

Mustaciuolo would continue his climb up the Church ladder by being elevated to "golden boy" status under Cdl. Edward Egan, who took a special interest in him as well as his longtime companion, Msgr. Michael Hull, who was showered with special privileges by Mustaciuolo.

Reports first surfaced in spring of 2014 that Hull had vanished from the archdiocese, leaving in his wake questions of embezzlement of parish money to finance a costly renovation of his rectory, as well as rumors of stealing donations from the Sheen Center.

While Hull was a professor of Sacred Scripture at St. Joseph Seminary in Dunwoodie, Mustaciuolo allegedly obtained for Hull the pastorship at Church of the Guardian Angel, where Hull began a costly renovation of his rectory, the source of funding which remains mysterious. During the renovation, Mustaciuolo reportedly allowed Hull to rent out an apartment rather than having him live, as is customary, in a neighboring rectory.

Mustaciuolo is also said to have secured a third full-time position for Hull — as director of the Sheen Center, a performing arts complex in Lower Manhattan that cost around $20 million to convert from a homeless shelter run by Catholic Charities. This role was acquired in spite of the fact that Hull had no prior experience in theater that would qualify him for the job.

In spite of widespread claims that Hull had embezzled donations from the Sheen Center and from his own parish to fund his rectory renovations, the archdiocese never conducted an audit of Guardian Angel parish after Hull's disappearance, allegedly on Mustaciuolo's insistence — an omission still noticed by New York clergy, who believe financial misdealings would be exposed if such an audit were done.

Hull has since left the Catholic Church, now ministering in the Scottish Church, and married with a child.

Mustaciuolo is also linked to the Fr. Peter Miqueli scandal that rocked New York several years ago. Miqueli resigned in disgrace in 2016 after a lawsuit filed by parishioners accused him of embezzling nearly $1 million dollars to use on drugs and gay-for-pay prostitute Keith Crist. Tatyana Gudin, former girlfriend of Crist, has confirmed that Crist had frequent paid sexual encounters with Miqueli, even showing Church Militant text messages from Crist discussing his drug use and "partying" with the priest.

According to Gudin, the encounters included $1,000 sexual trysts, $300 bottles of whiskey and the drug Dilaudid.

Multiple sources who have spoken with Church Militant on the record and anonymously confirm that Mustaciuolo, then-vicar general and the second most powerful person in the New York archdiocese, had reportedly long been aware of Miqueli's embezzling as well as his encounters with prostitute Keith Crist.

"Well, it's not secret among the clergy in the archdiocese of New York that Msgr. Mustaciuolo is in fact the protector of Peter Miqueli," said a source in the archdiocese who spoke with Church Militant. "That's a very well-known fact that has been established."

In fact, Mustaciuolo, Miqueli and Crist were tied to Cdl. O'Brien, who frequently flew in from Rome (when he was rector of the Pontifical North American College) to offer Confirmation Masses at Fr. Miqueli's small, isolated parish in Roosevelt Island — unusual for a cardinal of such high rank. Crist, who is forbidden to be on archdiocesan property, reportedly picked up O'Brien from the airport during each visit, and was present at "special dinners" with O'Brien's small coterie of friends, who invariably included Fr. Miqueli, along with Bp. Gerald Walsh, Vicar for Clergy, and others from the chancery.

Parishioners have confirmed that Miqueli and Crist were open about their stays with O'Brien when they visited Rome. And multiple parishioners once witnessed Crist screaming at a Catholic in Miqueli's parish with whom he'd gotten into a feud, shouting, "I will tell O'Brien — and O'Brien will destroy you."

"[Miqueli] was acting with impunity," the archdiocesan source told Church Militant, "both at his previous assignment before he arrived in the Bronx — he acted with impunity even in Manhattan. He was there for many, many years, and he had pretty much that entire community held hostage, a very small community that tried their best within their means to report what was happening there with him."

When the faithful lodged complaints against Miqueli with the archdiocese, they apparently stopped at the desk of Msgr. Mustaciuolo.

The Bronx district attorney, Darcel Clark, launched an investigation into the Miqueli allegations, finding him guilty of misappropriating more than $22,000 from parishioners — grand larceny in N.Y. law that carries a sentence of two to seven years in prison — but she dropped her criminal investigation with little explanation, never interviewing eyewitnesses to Miqueli's financial misdeeds nor asking to view Gudin's text messages proving the drug-fueled sexual encounters between Crist and Miqueli.

According to a parishioner from Manhattan, "[S]omeone anonymously left copies of Fr. Miqueli's financial documents in his mailbox showing that the priest had an investment portfolio worth approximately $700,000, in addition to owning a home in Brick, NJ that he purchased all cash for $264,000" — this in spite of the fact that parishioners think Miqueli only made $32,000 a year as a priest. None of this evidence was pursued by Clark.

An archdiocesan audit was done on St. Frances Cabrini parish on Roosevelt Island after Miqueli left to become pastor at St. Jane Frances de Chantal in the Bronx. The auditor found evidence of criminal wrongdoing by Miqueli — but the archdiocese, allegedly under Mustaciuolo, reportedly covered up the evidence.

Clark's office has been wracked by allegations of corruption and malfeasance, with employee Crystal Rivera suing Clark last year alleging drunken sex parties in the Bronx DA's office, with attorneys showing up inebriated in court, and widespread marital infidelity in the office — all with Clark's knowledge and permission.

Clark's office has been wracked by allegations of corruption and malfeasance.

The scandal caused the N.Y. Sergeants Benevolent Association (SBA) to cancel a meeting with Clark and call for her ouster.

"The governor has to do a house cleaning at the Bronx District Attorney's office," said SBA President Ed Mullins at the time. "The police can't work with this DA, and that speaks to her competency as a prosecutor."

Although Miqueli's current whereabouts are unclear, sources have claimed he is staying at the Guest House, a rehabilitation center for troubled clergy in Michigan.

Mustaciuolo is also allegedly connected to Fr. Gary Mead, busted in a gay sex sting more than a decade ago, but later promoted to the head of archdiocesan television.

2007 police records show that Mead — who was working at St. Gregory Barbarigo parish in Garnerville at the time — was found performing lewd acts in a public restroom off Interstate 684 — a well-known haunt for gay cruising — in well-heeled Westchester County, where he solicited sex from an undercover policeman and tried to fondle him. He was arrested and charged with loitering and forcible touching.

Mead was removed as parochial vicar of St. Gregory Barbarigo, and his case was subsequently sealed by the archdiocese. He dropped out of sight for several years. But in 2012, in spite of his background, he was named to the prestigious position of director of ITV, the archdiocese's official TV station, which regularly broadcasts Cdl. Timothy Dolan's talks and other local programs.

Inside sources confirm that Mustaciuolo — who has been good friends with Mead — was instrumental in securing Mead's position, in spite of the fact that Mead had almost no experience in media.

Church Militant broke the news in September that Mustaciuolo was leaving his post as vicar general to take over at Mother Cabrini Health Foundation. The report was confirmed shortly afterward by both Cdl. Timothy Dolan and Mustaciuolo, forced to make the announcement of his new role earlier than planned.

"[W]hile I will personally miss the day-to-day counsel of Monsignor Mustaciuolo," Dolan wrote, "I am confident that he will do even more good for the Church in his new role than he has been able to do throughout his nearly twenty-five years of chancery service."

Cabrini was created after the sale of Fidelis Care, a Catholic non-profit healthcare network, to secular corporation Centene in 2018. The sale was marked by bitter wrangling between Cdl. Dolan and Gov. Andrew Cuomo, who insisted the state had a right to a portion of the proceeds, arguing that Fidelis had built its business off Medicaid. Cuomo initially asked for 80 percent, causing Dolan to threaten to walk from the deal. Cuomo eventually settled for $2 billion ($1.5 billion from the bishops and $500 million from Centene), while the bishops received $3.2 billion.

Cabrini promises to give $150 million a year in grants to New Yorkers in need. The figure represents about 5 percent of the foundation's assets. 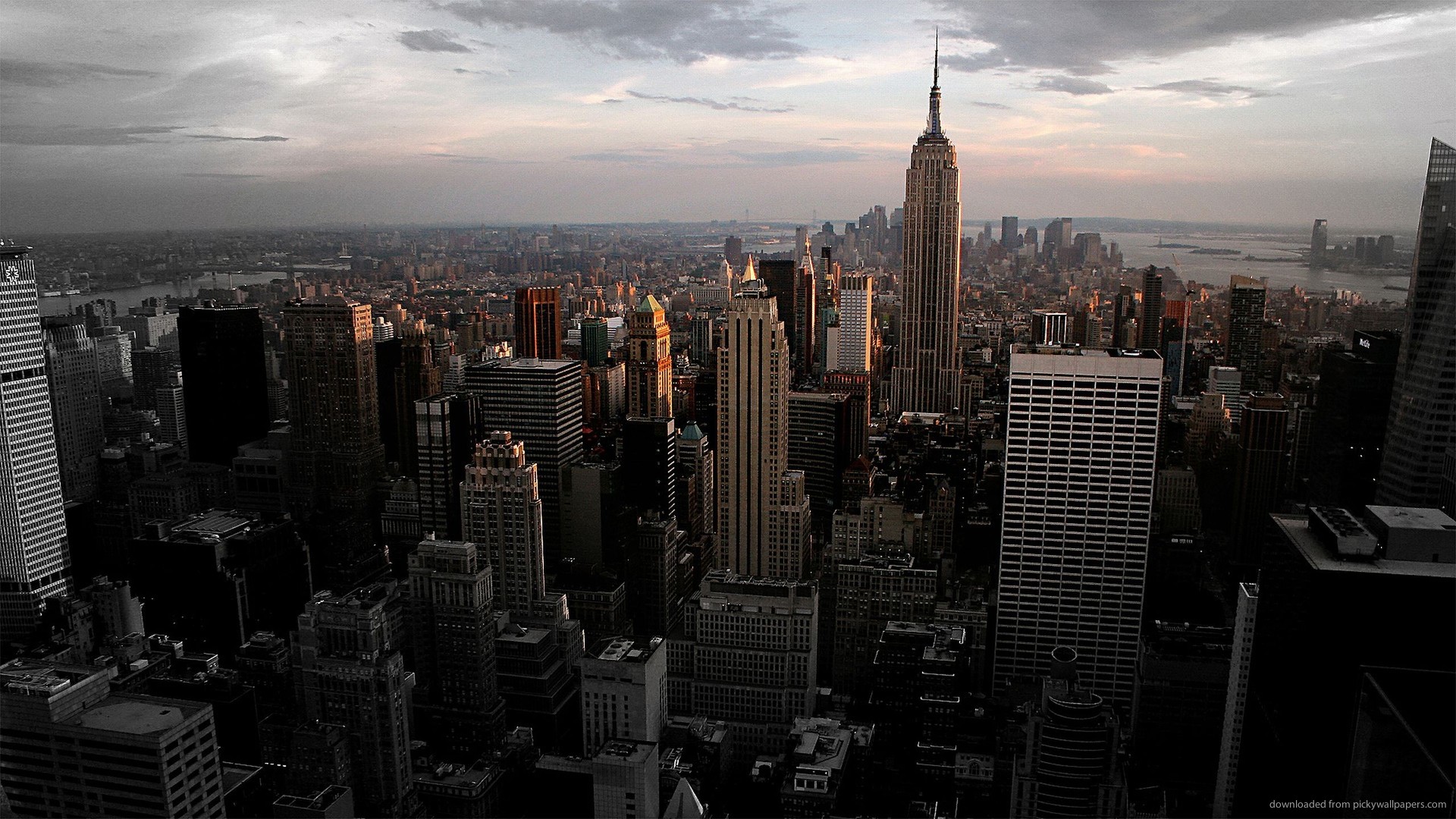