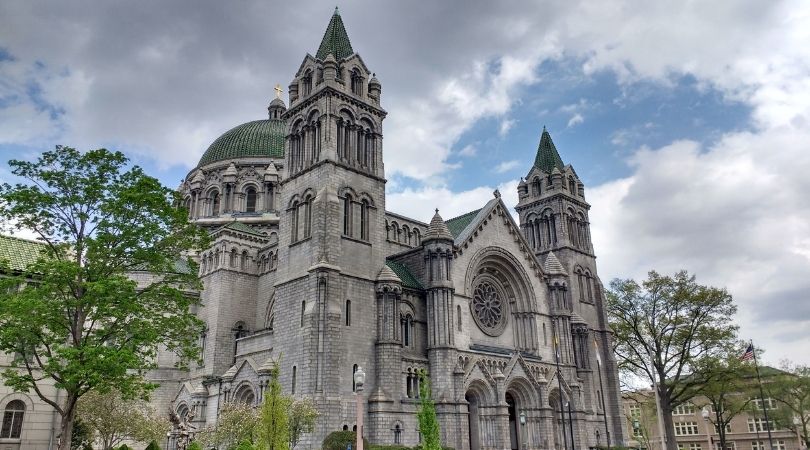 ST. LOUIS (ChurchMilitant.com) - As the election heats up, the archdiocese of St. Louis is using immigration to push Catholic voters toward pro-abortion Democrat candidates.

Some St. Louis Catholics are outraged.

"I attended the first webinar held. I can only say that without shouting GO BIDEN this St. Louis Archdiocese group put down the most PRO LIFE President the country has ever known. Any ideas of why..........$$$$$$ would be my first guess," one attendee posted on Facebook.

The archdiocese, along with two other organizations — Interfaith Partnership of Greater St. Louis and St. Francis Community Services — sponsored the webinar series.

St. Francis Community Services appears to be indistinguishable from Catholic Charities of St. Louis; both are located at the same address and have a shared history. Despite Catholic backing, the webinar content was all about supporting pro-abortion Democrats because of their position on immigration.

One Catholic viewer described his overall impression of the webinar:

The initial advertisements for this meeting made its purpose clear. The diocesan page for the Immigration Task Force featured an open-borders banner "Love Knows No Borders." The name of the broadcast was "Immigration in the 2020 Elections." So the message was certainly going to be "Catholics should vote in November based upon the taskforce's views about immigration policy."

Immigration is a cash cow for the Church.
The archdiocese is keeping the issue front and center for the next month. Two more webinars are planned in the crucial weeks prior to the elections.

Critics say immigration is a cash cow for the Church, in that the U.S. bishops' conference derives 40% of its annual budget from taxpayer-funded immigration programs.

Simultaneously, the archdiocese's Immigration Task Force is promoting an extensive program to make immigrant politics the Church's cause célèbre.

Its promotional materials explain the strategy.

"With the election season right around the corner, we are launching a Vote Your Values campaign. This campaign calls the Catholic community to participate in political life in a way that upholds the dignity of migrants. It is rooted in our belief that our faith is not separate from our social commitments."

The Voting Your Values "toolkit" includes the archdiocese's views on Catholic social teaching on immigration.

The archdiocese's Immigration Task Force is promoting an extensive program to make immigrant politics the Church's cause célèbre.

"Welcoming our neighbor is not a partisan issue; it is an issue of our identity as members of the Catholic Church and as followers of Jesus. Catholic Social Teaching, rooted in the teachings of Jesus, calls us to greet immigrants with compassion, dignity, respect and generosity," the introduction explains.

An important part of the materials is the section on "advocacy," which is divided into "grassroots" advocacy activities and "direct" advocacy to elected officials.

St. Louis Catholics are encouraged to "map their parish," hold immigration events in their homes, mentor potential leaders and keep the immigration discussion going within their parishes. Priests are supplied with sample immigration homilies and bulletin inserts. Sample letters to the editor are included.

The ultimate criticism of the archdiocese's prioritization of immigration activities was summarized in a post on the Immigration Task Force's Facebook page.

"Hundreds of thousands of babies are aborted in the U.S. each year. When is the St. Louis Archdiocese going to host a forum on how to vote pro-life?" Bob Baker wrote.