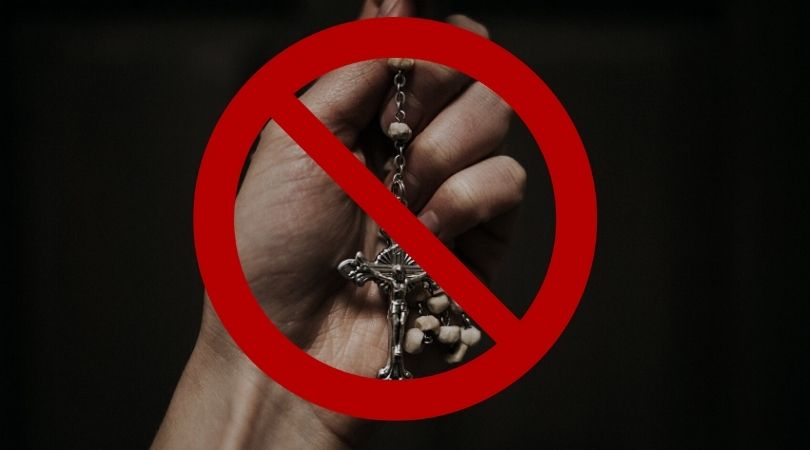 Chicago's interim episcopal vicar, Fr. Vincent Costello, is telling pastors to keep silent about an outdoor Mass, Rosary and chaplet that will be offered on Wednesday at Cook Park in nearby Libertyville, Illinois.

"I request that you do not publicize the Oct. 7 event in your parishes because of its apparent partisan intent," wrote Costello in a group email to priests of vicariate one.

Costello was made aware of the event by Bonnie Quirke, founder and president of Lake County Right to Life (LCRTL). Speaking of the flyer promoting the event, Quirke told Church Militant there was "nothing political" on it.

"It is strictly on the feast day of Our Lady of Victory, imploring Divine intervention for our nation," said Quirke. "All Catholics should promote prayer and support for our nation in a public forum."

The flyer billed the event that brings Christ and Our Lady to the public eye. The prayer rally will feature a Chaplet of Divine Mercy followed by what's called a "patriotic Rosary" and Holy Mass. Along with LCRTL, the groups sponsoring the event were WSFI Catholic Radio, Knights of Columbus, America Needs Fatima and TFP (Tradition, Family and Property.)

Quirke says the country is facing a "very critical time, both spiritually and morally." She then explains the reason this date was chosen:

Divine intervention is the only thing that can save our country. On the feast day of Our Lady of Victory, we are reminded of the Battle of Lepanto when all seemed lost to the Muslim horde, who were poised to take over the world. At this point in history, Christ and Our Lady intervened because of the public pleas and prayers of the people. We need divine intervention so we are promoting a public witness to the power of prayer.

While the event itself doesn't condemn or endorse any political candidate, Quirke's private email to pastors announcing the event does.

"We both know the election will not solve the problems we are facing," writes Quirke. "We also both know that President Trump is the only choice because he alone supports the non-negotiable issues in this election (abortion, infanticide, euthanasia, marriage and religious liberty). From a moral perspective, there is only one choice."

Even though the prayer event is spiritual and not political, Costello was triggered into stonewalling it simply by this part of Quirke's email:

However, the email which accompanied the flyer requesting us to publicize this event explicitly mentions one of the major presidential candidates by name, claiming he "is the only choice" because of his positions on certain specific issues, and "From a moral perspective, there is only one choice."

Church Militant reached out to a priest of the archdiocese, who took a dim view of Costello's reaction.

Catholic teaching is not political. When one says there is only one moral choice, one is not talking politics, but religion.

"We will be praying on this feast day for Our Lady, for President Trump and for his continued success in fighting for an end to abortion, infanticide and euthanasia," said the priest. "All are recognizable evils playing out in America today, and all are recognized by President Trump as evils to be eradicated in America if he should be elected for four more years in November."

In her email asking pastors to promote the event, Quirke explains what will take place.

"The Chaplet of Divine Mercy is the perfect opener, followed by the patriotic Rosary where we implore God to cover every person in every state with His Precious Blood. Then we will conclude with the celebration of Mass," she wrote.

She rejects the notion that Catholic teaching and prayer have no place in politics.

"Catholic teaching is not political. When one says there is only one moral choice, one is not talking politics, but religion," concluded Quirke. 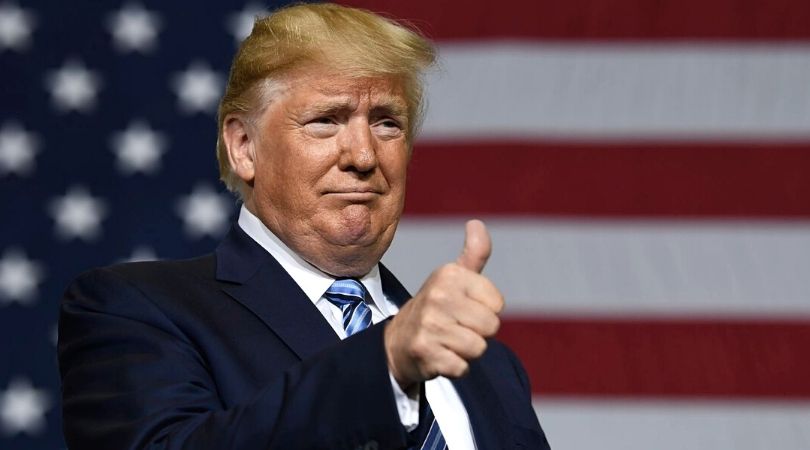