CHICAGO (ChurchMilitant.com) - Saint Cajetan, a Catholic school in the archdiocese of Chicago, is backing a teacher who openly admits to volunteering at Planned Parenthood.

In a Feb. 24 introductory letter to parents, Jessica Long, a substitute teacher, lists volunteering for Planned Parenthood (PP) among her extracurricular activities.

"Outside of my time at St. Cajetan, I volunteer extensively with the Greater Chicago Food Depository and Planned Parenthood," Long wrote in an email to parents of students in her fifth-grade class.

Several parents forwarded a cache of emails related to the incident to Church Militant on condition of anonymity, for fear their children would be expelled from the school. The parents said they did express to Long and school administrators their concerns that the school would employ an individual with connections to the country's leading abortion provider. 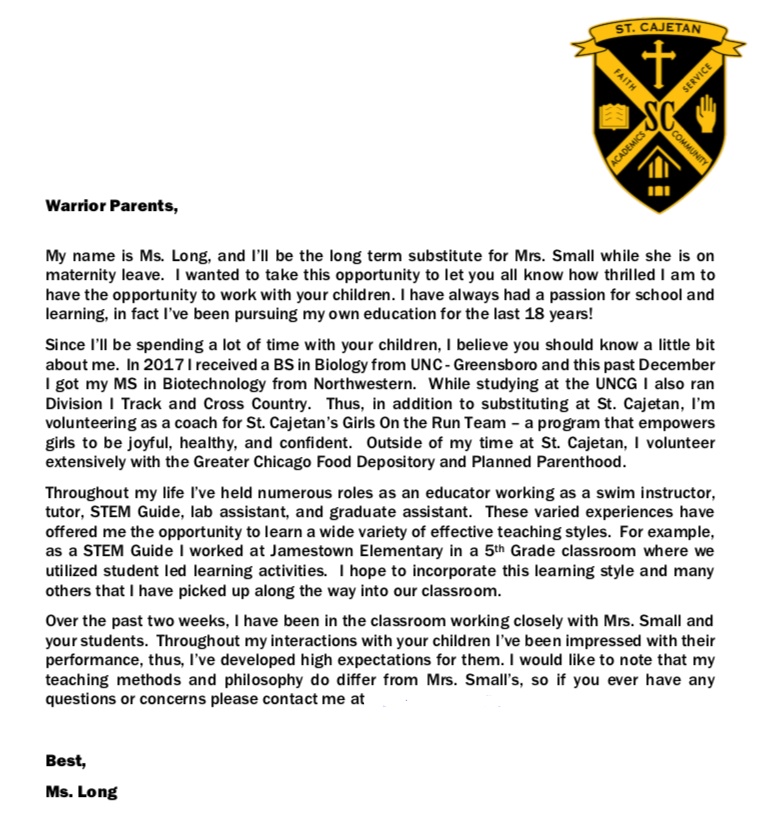 Long addressed the issue in a subsequent email to parents, hoping to allay concerns by stating her work at the abortion mill only consisted of educating and counseling victims of domestic violence: "It is my belief that educating and counseling these women prevents them from being put into situations in which they might consider abortion. I hope you understand this volunteer work is meaningful to me."

But Long's attempt to justify her volunteer work ignores Planned Parenthood's primary service: abortion. Earlier this year, PP admitted that providing abortions is the organization's core function. This fact was revealed by new CEO Leana Wen after decades of her predecessor Cecile Richards asserting "women's health" was PP's primary concern, and the oft-repeated falsehood that abortion accounts for only 3 percent of their actual services.

The mission of Planned Parenthood has nothing in common with the values of the Catholic Church, and no Catholic college should be collaborating with Planned Parenthood or its representatives on any matter—most especially those related to sexuality or the education of young adults.The Cardinal Newman Society weighed in on the matter in 2015:

A perusal of Long's Facebook page reveals her support for abortion. One post shared on her timeline reads: "To be against abortion AND comprehensive sex education and affordable access to birth control is like being against fire AND fire extinguishers." 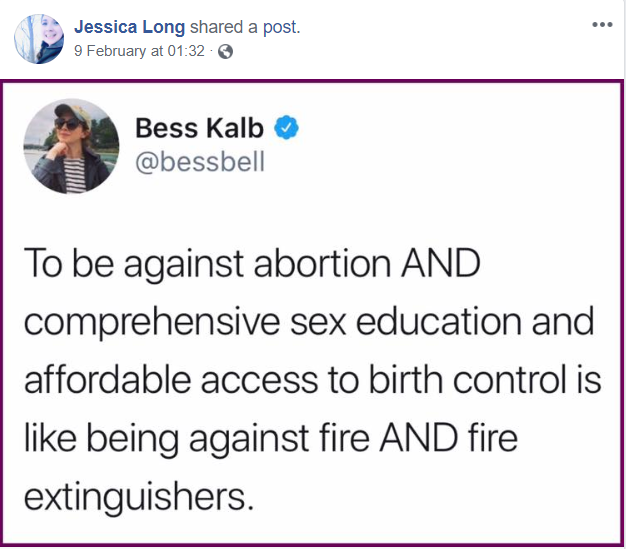 Parents noted that Catholic Charities and other secular organizations provide assistance to victims of domestic violence without offering abortion services.

Principal Michelle Nitsche and Pastor Steve Dombrowski from St. Cajetan are backing the teacher. They sent an email to parents on Feb. 25 announcing their decision to retain Long as a substitute teacher for the duration of her maternity leave:

It has come to our attention that there were some concerns about the content Ms. Long included in her welcome letter of volunteering for Planned Parenthood. Before drawing any conclusions, Fr. Steve and I dialogued with Ms. Long so we could allow her to have a voice. Based on that conversation, Fr. Steve and I are confident that her mission and vision align with those of our school and that she will carry out the teachings of the Catholic Church with faith and fidelity. Fr. Steve and I agree that she has so much to offer our students and is going to be an impactful facilitator in their learning.