Claims his sexuality is a gift to his ministry

CHICAGO (ChurchMilitant.com) - The Washington Post is reporting a priest of the Chicago archdiocese has "come out" as a homosexual.

Father Michael Shanahan, pastor of Our Lady of Lourdes parish in Chicago, was "outed" on Sunday's edition of the Washington Post. The article described a priest who struggled for 23 years with hiding his homosexuality.

It speaks of Fr. Shanahan as thinking of clerical celibacy as a "romanticized view of the priesthood. … This would mean falling from that pedestal." He considered he could have a more profound effect on young gay people suffering from addiction or suicidal thoughts, and ultimately concluded that "knowing their priest is gay — and at peace with it — could be healing," claiming his sexuality is a "gift" to his ministry.

Father Shanahan claims he prefers to emphasize that sexuality is an "expression of the divine" over any discussion of morality — that people pray and discern on their own what is right for them.

He has also included his name with other pro-homosexual priests in the archdiocese of Chicago in an "Open Letter" objecting to the tone and content of the Church's teaching on homosexuality, calling it "violent and abusive." It maintains Church teaching "is always in dialogue with the broader lived experience of Her members, which shapes and re-articulates the ancient Deposit of Faith."

The parish of Our Lady of Lourdes is listed by the dissident organization New Ways Ministry as a "gay-friendly" parish, although there aren't any parish ministries that deal directly with LGBT people as others do in the Chicago area.

Although the WaPo article states there is a conspiracy of silence among homosexual priests in the American Church, many of the priests who have "come out" in recent years have faced few repercussions for their actions.

The head of the Church in Chicago, Abp. Blase Cupich, is also controversial for his seemingly permissive stance towards homosexual unions. ChurchMilitant.com reported last October that, during the Synod on the Family, Abp. Cupich seemed to hint at opening up Holy Communion to various irregular unions, including those between active homosexuals.

Other bishops like Bp. Rembert Weakland of Milwaukee, who is openly gay, or auxiliary bishop Thomas Gumbleton of Detroit, who advocates homosexuality both among the laity and the priesthood, have been acting with free rein with little to no censure from fellow prelates.

The estimated number of homosexual Catholic priests in the United States ranges between nine to 58 percent in different studies. But if even the nine percent number is true, it's far higher than the U.S. average of two percent, leading some to consider the Catholic priesthood a "gay" profession.

ChurchMilitant.com contacted the arcdiocese of Chicago and Fr. Shanahan for comment, but as of press time there has been no response. 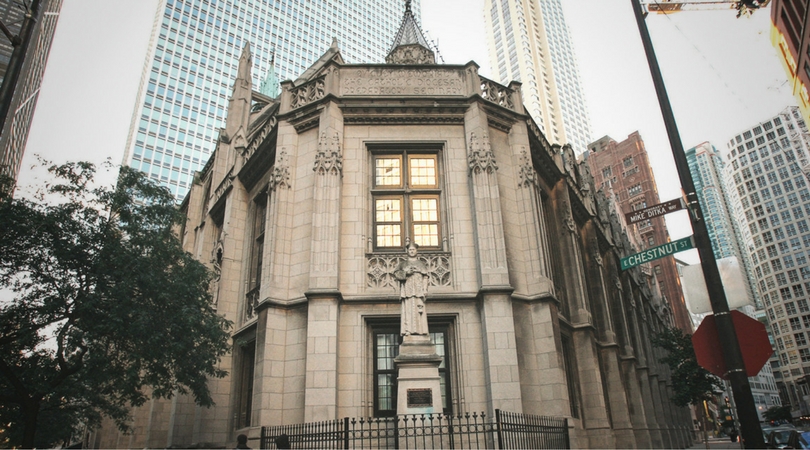