Chicago Priest Defends Himself Against Accusations

CHICAGO (ChurchMilitant.com) - A Chicago priest accused of "improper conduct" with men is defending himself against the accusations.

On March 16, Cdl. Blase Cupich announced he had removed Fr. Frank Phillips as pastor of St. John Cantius Parish in Chicago over "credible allegations of improper conduct involving adult men." A spokesman made clear no minors were involved.

"Father Phillips is looking forward to the convocation of the review board," Steven Komie, attorney for Phillips, told Church Militant. "His religious superiors are going to appoint the board, and he's looking forward to appearing in front of the board and clearing his name and reputation."

Phillips founded the Canons Regular of St. John Cantius in 1998 under Cdl. Francis George. The parish is known for its beautiful and reverent traditional liturgy, as well as its preaching of orthodoxy. Last year it undertook a historic Fatima procession through the streets of Chicago, in the 100th anniversary year of the apparitions.

"From my experience with Fr. Frank and the Canons Regular in general, they are bulwarks of the Catholic Faith, and pillars of the community," Michael Ticich, regular Massgoer at St. John Cantius, told Church Militant. "I have had Fr. Frank as my confessor before, and have only gotten very sound, truthful, Catholic advice from him. He has always been understanding and compassionate in the confessional, but he has used that to present the authentic truth and faith firmly, with nothing watered down."

"I find it very hard to believe these accusations that have been put forth against him," Ticich added.

Parishioner Nick Chapello, a policeman of 20 years, told Church Militant, "I think that I am a better father to my family after watching [Fr. Phillips'] paternity as priest and pastor."

Chapello, who has experience investigating sex crimes, continued, "I have been sued as a policeman five times, once as a civilian. I have tried to forgive my accusers. I have tried to understand that they were desperate people. Many were motivated by vengeance and anger."

"The only thing that I do know is Fr. Phillips is a man that I can trust with the care of my wife, my children and, yes, my very soul," he added. "I don't think that I can honestly say that about anyone else, kith or kin. If I had one doubt, for one half of a second, I would not write this email."

When Church Militant asked what Chapello thought about Cupich's promotion of Fr. James Martin, best known for promoting homosexual relations, while removing Fr. Phillips allegedly for such conduct, Chapello quipped, "It leaves me very confused — but who am I to judge?"

Martin will be offering a series of Lenten reflections March 22–23 in Chicago's Holy Name Cathedral. He was invited to do so by Cdl. Cupich in September, after backlash to Martin's homosexualist agenda led to a rash of cancellations of his speaking engagements.

"I wanted to make sure that I affirmed what he was doing," Cupich said at the time. "And I wanted to let him know that I support him."

Father Martin supports gay "marriage" and transgenderism, and has said Catholics should "reverence" same-sex marriage. He has also claimed that the virtue of chastity does not apply to homosexuals, and he publicly promotes censured, pro-gay Sr. Jeannine Gramick, forbidden by the Vatican's Congregation for the Doctrine of the Faith to engage in ministry to homosexuals — a decree she flouts in her continued public role as head of New Ways Ministry.

"Here's this woman who has really struggled, and has really fought, and has really advocated, at great cost, you know, within her own Church," Martin said of Gramick. "I'd put her up for canonization, and at least, servant of God, or beatification."

Martin's book Building a Bridge has been criticized by high-ranking prelates, including Cdl. Robert Sarah, head of the Vatican's Congregation for Divine Worship, for its deliberate omission of Church teaching on chastity.

Cupich, on the other hand, has been among the handful of prelates who has endorsed Martin's book, even mocking faithful Catholics who have voiced criticism of the priest's agenda.

"With the controversy over the recent disinviting of Fr. James Martin, I suggested that it might be a good idea for those taking issue with his book Building Bridges [sic] to actually read what he wrote," Cupich said to laughter and applause. "And they should do so before ceding their intellects to blogosphere posts which make claims on their infallibility that would make Pius IX blush."

When asked whether he thought Cupich was targeting Phillips and St. John Cantius Parish — known for its defense of Church teaching on marriage, among other things — Komie told Church Militant, "There are a lot of agendas going on when you're dealing with this kind of situation, and it isn't until we're able to get to the bottom of it that we actually know what the real agenda is."

Doug Grane, a parishioner at St. John Cantius, told Church Militant, "I think very few people at SJC were actually surprised that the Diocese took action against Fr. Phillips and SJC. Given the Traditional/Modernist divide, to many it was never a matter of if, but only when."

"I've known Fr. Phillips since the early 1990s," he said. "I've never heard of any inappropriate conduct about him or any of the priests of the Canons Regular. Seems highly improbable to me these allegations are valid. I'd encourage everyone to proceed with charity and think 'innocent until proven guilty.'"

Cupich has appointed Fr. Scott Thelander to be administrator of the parish during Phillips' absence. "Father Phillips will live away from the parish at a place to be determined by his order," according to Cupich's statement.

In the meantime, "Father has asked that there be prayers for all those involved, for peace and reconciliation," Komie said.

A website has been set up by parishioners requesting prayers and sacrifices "to the glory and honor of God for Father Phillips, the Canons Regular of St. John Cantius, the accuser(s), the Congregation of the Resurrection, and the Cardinal and his staff during this time of testing."

A GoFundMe account has been set up by friends to help assist in Fr. Phillips’ legal defense. 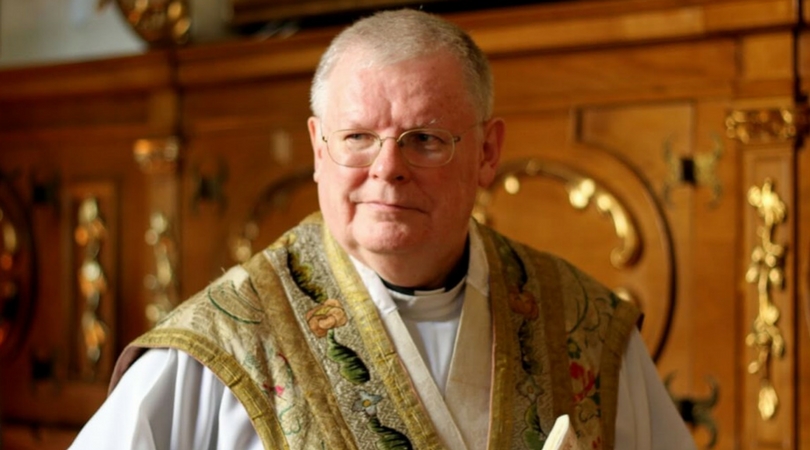 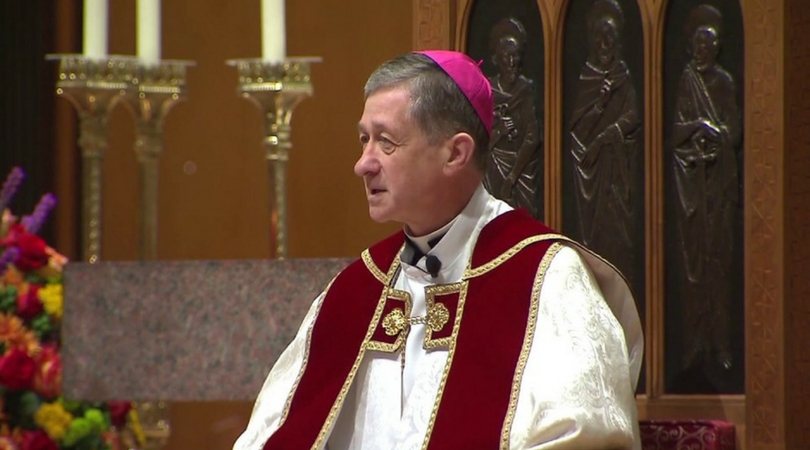 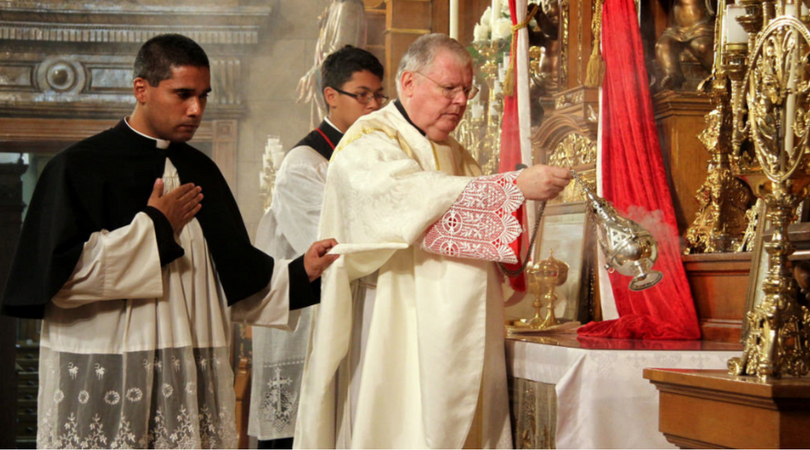