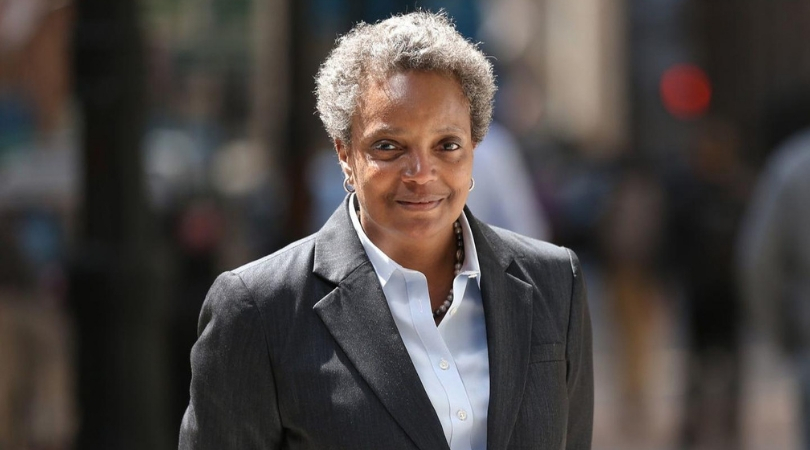 CHICAGO (ChurchMilitant.com) - Church Militant has learned that Chicago's next mayor, a non-Catholic lesbian, wrote a letter complaining to Cdl. Blase Cupich about the burning of a blasphemous rainbow flag. Less than 24 hours after the complaint, Cdl. Cupich removed Fr. Paul Kalchik as pastor of his Catholic parish.

Under Fr. Montalbano's watch, a large banner, featuring an LGBT rainbow and a cross, hung in Resurrection's sanctuary. Upon discovering the flag hidden away in a closet last summer, the parishioners of Fr. Kalchik destroyed the flag in September 2018 amid intense public controversy. Some accused Fr. Kalchik and parishioners of expressing prejudice against the LGBT community, while others said the flag burning was destroying a sacrilegious item.

Amid blowback to the flag burning — including threats of forcible removal from the parish made by the vicars for clergy of the archdiocese of Chicago — Fr. Kalchik fled into hiding.

Recently, a letter was brought to Church Militant's attention in which then-candidate Lori Lightfoot — now the mayor-elect of Chicago — urged Cdl. Cupich to take "swift action" against Fr. Kalchik.

In the September letter, Lightfoot wrote:

I write to urge your swift action against Rev. Paul Kalchik of Resurrection parish for his hateful act and speech. As you know, apparently in defiance of your direct order, Rev. Kalchik, along with some parishioners, led a burning of a rainbow flag that had previously hung in the parish. ... I urge a swift denouncement of his actions and speech. ... He should not have the ability to continue subverting the minds of any other parishioners, and especially not children. Please take swift action to stamp out this hate. [emphasis added]

Lightfoot sent a copy of the letter to the archdiocese's general counsel, William Kunkel.

Just one day later, on Sept. 21, Cdl. Cupich wrote a letter publicly addressed to Fr. Kalchik's parishioners which stated, "It has become clear to me that Fr. Kalchik must take time away from the parish to receive pastoral support so his needs can be assessed. ... I act out of concern for Fr. Kalchik's welfare and that of the people of Resurrection Parish."

Given the two letters and Cdl. Cupich's "swift" removal of Fr. Kalchik, critics speculate there may have been collusion between the archdiocese of Chicago and the lesbian mayoral candidate. They suggest Cdl. Cupich acted, not "for Fr. Kalchik's welfare," but in response to Lightfoot's letter.

It is now publicly revealed that a lesbian political candidate demanded the cardinal-archbishop of Chicago to "take swift action" against Fr. Kalchik for taking a stand against homosexual activism. He then removed Fr. Kalchik from Resurrection parish, which critics say was a gross violation of canon law.

Noteworthy to Fr. Kalchik's removal was Lightfoot writing, "As you know, apparently in defiance of your direct order, Rev. Kalchik, along with some parishioners, led a burning of a rainbow flag that had previously hung in the parish."

At the time of Lightfoot's letter, no one had asserted publicly that Fr. Kalchik acted in "defiance" of any "direct order."

Apart from the above, Lightfoot also compared opposition to homosexual activity on moral grounds to racism, saying, "Racists and bigots have attempted to ground their hateful speech and actions in biblical teachings since the beginning of our republic and have been forcefully renounced. As an African-American, I know this sad history well."

"Rev. Kalchik's current attempts are no less odious," she opined, "and so I urge a swift denouncement of his actions and speech."

Church Militant reached out to Fr. Kalchik this week for comment on the mayor's letter. Church Militant was referred to Fr. Kalchik's canon lawyer, who explained that no comment could be given at this time due to the canonical litigation currently pending before the Vatican. 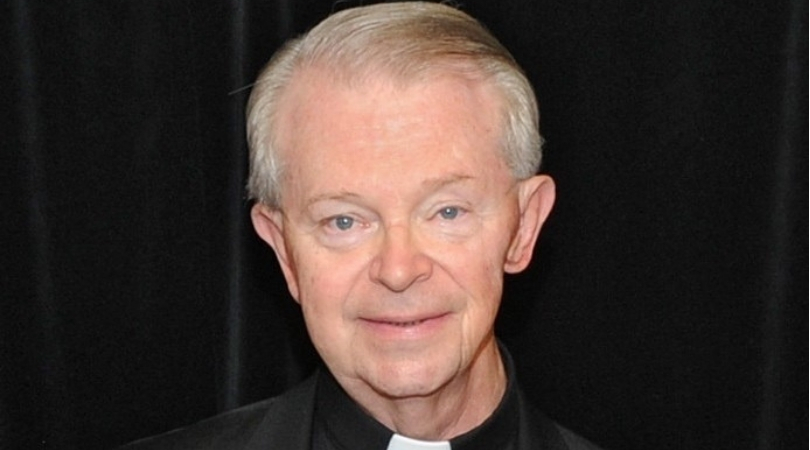