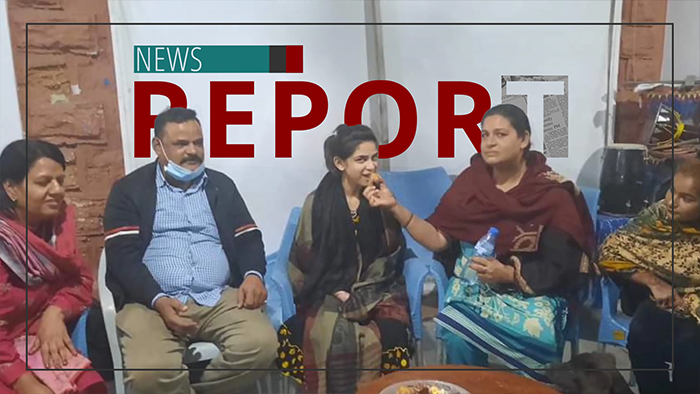 Pakistan is a majority-Muslim nation, ruled by an Islamic government. The abduction, rape and forced conversion of young Christian girls is endemic. Church Militant's Trey Blanton updates us on meager progress for justice.

Forced-convert 14-year-old Arzoo Raja (now, Arzoo Fatima, under Islam) was allowed by the Sindh high court to return to her family last Wednesday, in time for Christmas.

The abducted Christian was rescued a year ago from the 44-year-old Muslim who forced Raja to convert and marry him (after subjecting her to repeated rape), but she has remained in a government shelter until now. The court told Raja's family the girl wanted to remain a Muslim and the family could not pressure her to apostatize. Raja's Christian parents are also required to present her to the local police every three months to ensure they have not harmed her for remaining Muslim.

Ahmer Shaheen, Pakistani journalist: "The only thing that, in the end, saves some of these girls is the fact they are well below the age of consent."

Raja's so-called husband is not allowed to contact her and awaits trial for violating the Child Marriage Restraint Act. Violations involving Christian girls in Pakistan are commonplace, with at least 38 cases in 2021 alone.

In September, an adult Muslim was arrested for the brutal rape of an 8-year-old Christian girl. The Muslim fled the scene after he bludgeoned his victim in the head with a stone, leaving her for dead. The girl survived, but sustained severe tearing from the rape, among other trauma.

Imran Khan, prime minister of Pakistan: "How can you forcefully convert someone to Islam or force them into marriage, either by threatening them or at gunpoint?"

Pakistan's minimal progress in arresting Muslim criminals is limited by the culture, which views crimes against Christians as permissible under Islam. Church Militant has previously reported on Huma Younus, who has been held captive now for over two years — with government permission.