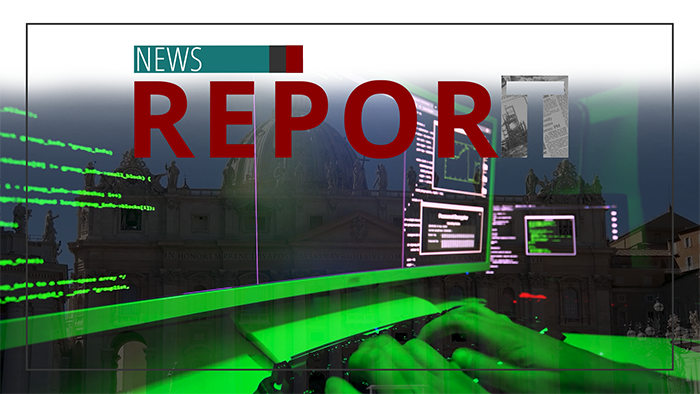 Vatican computers are being penetrated by communist hackers.

On Tuesday, a cybersecurity report indicated that both the Hong Kong archdiocese and several Catholic Church-related organizations were targeted by RedDelta, a Chinese-sponsored hacking group.

The major intrusions were on the Vatican's Hong Kong Study Mission to China, and the Holy See's Pontifical Institute for Foreign Missions.

The attacks come as the Vatican seeks to renew its two-year-old accord with China in September.

Communist officials held up the secretive deal as a right to persecute faithful Catholics in the Chinese underground Catholic Church.

Particulars of the deal still remain a well-kept secret, but Beijing is now being allowed to name bishop candidates to the nation's churches.

Reports also say China's been sending $2 billion annually to the Holy See since 2013.

Retired Hong Kong cardinal Joseph Zen slammed the secret deal, saying in 2018 "So, do I think that the Vatican is selling out the Catholic Church in China? Yes, definitely."

But not all bishops oppose the deal. In May of 2018, Vatican science chief Bp. Marcel Sorondo said, "[A]t this moment, those who best realize the social doctrine of the Church are the Chinese" — while also praising their alleged commitment to environmentalism.

With the renewal of the ominous 2018 Vatican-China accord looming over the Holy See, the faithful are debating on whether or not it's worth negotiating with the communist Chinese.