Parishioners not allowed to remove tabernacle or sacred vessels

ZHIFANG, Huyi District, China (ChurchMilitant.com) - China is continuing its hold over its state-run church by demolishing another place of worship.

On Wednesday, state authorities tore down the only Catholic church in Zhifang, a village in the Huyi District near Xi'an, after warning residents on December 20.

Before and during the destruction, the former congregation was not able to visit the church or remove items from the sacristy. The demolition resulted in the loss of a number of sacred items.

"[T]he church's cross was destroyed, images of the Via Crucis [Stations of the Cross], the tabernacle and other liturgical objects disappeared, and the vestments and chairs for prayer were taken away on lorries," according to AsiaNews.

Built and used since 1999, the church in Xi'an was a plain and simple building that had the required permits for its construction from the Religious Affairs Bureau. The legal papers show that the church was not only approved but also had the permit to the land, which was "permanent."

Catholics protested in the village in front of the local municipal building, but they received no response from the authorities. Demonstrators shared their reactions to the demolition: "What kind of law enforcement in a 'civili[z]ed' society is this! What kind of policy on religious freedom is this!"

One protestor acknowledged Thursday's feast of Holy Innocents, writing, "After the birth of Jesus, so many saints and innocent children were sacrificed. Today, even Zhifang's innocent church has been violently demolished. Oh Lord, they know not what they do!"

The removal of the church comes at a time when mutual relations between China and the Vatican are moving forward after both "reached consensus" on the appointment of bishops in February. In the past, Chinese officials appointed Catholic bishops without Vatican approval.

In 1951 — two years after the founding of the People's Republic of China by the atheistic Chinese Communist Party (CCP) — Beijing separated from Rome and established its own independent Catholic church, the Chinese Patriotic Catholic Association (CPCA). Ever since, Chinese Catholics faithful to the Vatican have been part of an underground church.

Church Militant has reported that Chinese authorities have been removing crosses from Christian churches since 2013. In 2014, 1,500 churches were demolished and the crosses removed in the Zhejiang province.

Another protestor in Zhifang asked for prayers "for redemption and for the profaned temple," requesting "real implementation of the policy of religious freedom." 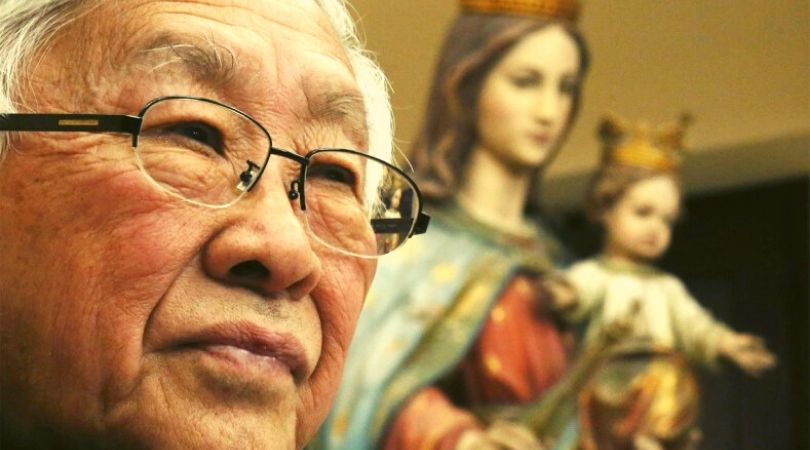 The Vatican Declares War on Cdl. Zen
By Church Militant   •   0