China Slammed by US Embassy to Holy See 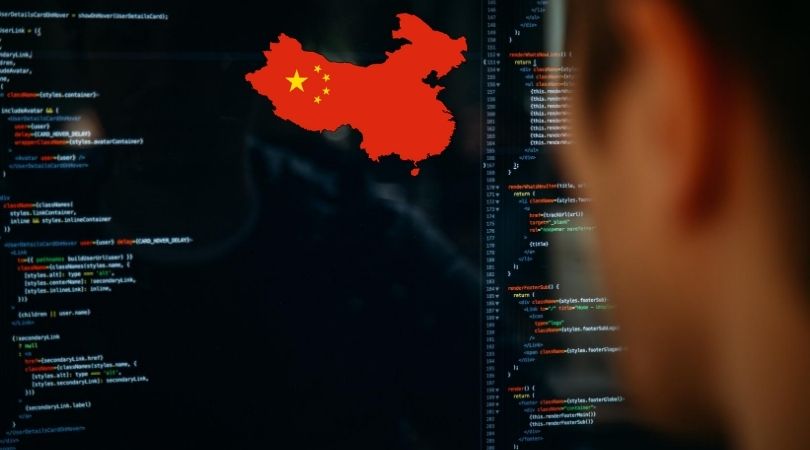 ROME (ChurchMilitant.com) - America's embassy to the Vatican is calling out China.

The embassy tweeted Wednesday, "The Chinese Communist Party is stealing American technology and intellectual property to build its military and economic power."

The embassy included a link to an article about Chinese communists' rampant stealing of technology and intellectual property from American corporations.

The article, from a State Department website called ShareAmerica, says China uses a variety of tactics to steal ideas from the United States.

"In one recent case," it says, "U.S. prosecutors charge that two hackers, working with the [People's Republic of China's] ministry of state security, targeted high-tech industries in 11 countries. Targets included companies developing vaccines and treatments for the COVID-19 pandemic."

In July, it came to light that Chinese hackers had broken into the Vatican's private computer system.

The fact that Yi, China's foreign minister, visited Rome this week has sparked discussion over the controversial China-Vatican accord.

The two powers arrived at the secretive agreement in September 2018. Church officials say they wanted to ease the suffering for persecuted Catholics in China. But critics say the accord made the persecution worse.

The accord sought to reconcile the government-approved Chinese Catholic Patriotic Association with the "underground Church" — the latter operating in defiance of communist authorities and headed by Vatican-appointed bishops. For years, the "patriotic" bishops were illicitly consecrated — with approval from communist authorities, but not from Rome.

Now, with the accord, the "underground" Church is being combined with the "patriotic" Church.

Since the agreement was reached, communist authorities have only continued persecuting the faithful.

For example, in October 2018 — about a month after the deal was signed — Chinese authorities wrecked two Marian shrines. Sources told AsiaNews the shrines were destroyed for having too many religious symbols on their exteriors.

Cardinal Joseph Zen, bishop emeritus of Hong Kong, has been an outspoken critic of the Vatican-China accord.

As discussions between Beijing and the Vatican were underway in early 2018, Cdl. Zen stated in the Wall Street Journal, "You're putting wolves before your flock, and they are going to make a massacre."

Around the same time, a coalition of Chinese Catholics petitioned Pope Francis to roll back any plans to strike a deal with communist leaders.

You're putting wolves before your flock, and they are going to make a massacre.

Zen told Church Militant in a July 2019 interview, "It is really a terrible thing; the most worrisome element is that the agreement was a secret one, so we do not know what is in the agreement."

He reiterated his criticism of the accord in an on-camera interview with Church Militant in February this year.

The cardinal highlighted communist authorities' crackdown on religious practices, saying, "The most terrible article is that people under 18 years of age cannot join any religious activity. They are not allowed into the Church — terrible."