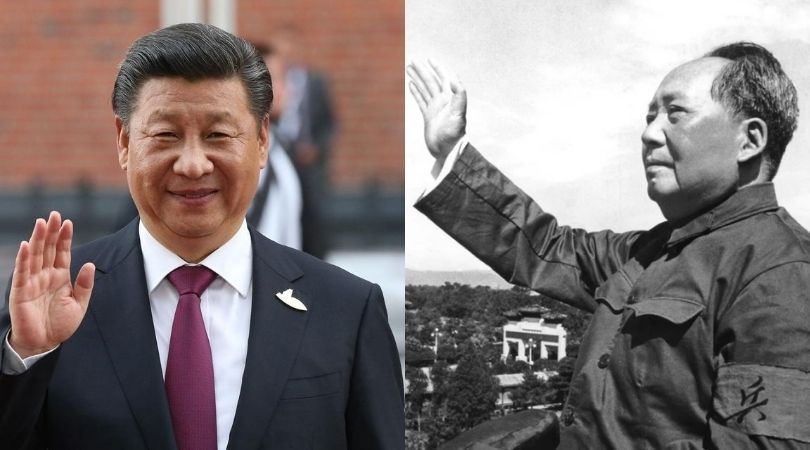 BEIJING (Church Militant.com) - Chinese Christians are being forced to either remove religious symbols inside their homes or lose government assistance.

The latest example comes in China's Shanxi province, where authorities in the Chinese Communist Party (CCP) are ordering people to relinquish Christian artifacts and pictures of Jesus and to replace them with pictures of Mao Zedong and President Xi Jinping, according to a report published on Thursday by the magazine Bitter Winter. Failure to obey the order is resulting in government assistance being taken away from the most vulnerable.

A Christian in one village told Bitter Winter that local authorities ripped down all religious images in his home, including a calendar with an image of Jesus, and hung a portrait of Chairman Mao in their stead.

The Christian man claims that a Chinese official chastised him, telling him, "Impoverished religious households can't receive money from the state for nothing — they must obey the Communist Party for the money they receive."

This crackdown on Christians comes as impoverished and elderly people are increasingly dependent on government subsidies as the Wuhan virus continues to rage and the flooding of the Yangtze River is wreaking havoc across China.

Examples of similar crackdowns are legion across China.

In Henan, an elderly woman reported that her living allowance was revoked when CCP officials discovered a cross on the door to her home. The woman, who suffers from diabetes and who needs frequent injections, has lost government aid because of her religious beliefs.

Another elderly woman also in Jiangxi reported she lost government aid after she said 'Thank God' upon receiving it.

"If you want to worship somebody, they are the ones," one official directed the man.

The crackdown is extending to displays of Christianity of any sort.

In Jiangxi, a Christian man reported that his disability payment was revoked because he was attending church.

His wife said he was told they would be "treated as anti-Party elements" if they did not stop going to church.

Another elderly woman in Jiangxi reported she lost government aid after she said "Thank God" upon receiving it.

"They expected me to praise the kindness of the Communist Party instead," she said.

Since the secret Vatican-China agreement of 2018 was made, greater pressure has been put on Chinese Catholics to conform to the will of the CCP.

Churches have also been forced to remove displays of the Ten Commandments and replace them with sayings of president Xi Jinping, as reported by the Catholic News Agency in 2019.

Since the secret Vatican-China agreement of 2018 was made (an agreement that's up for review in 2020), even greater pressure has been put on Chinese Catholics to conform to the will of the CCP.

A U.S. congressional report confirmed increased and intensifying persecution of Chinese Catholics in the wake of the China-Vatican agreement.

The report, issued earlier this year by the Congressional-Executive Commission on China, found that "after the PRC [People's Republic of China] Ministry of Foreign Affairs signed an agreement with the Holy See, local Chinese authorities subjected Catholic believers in China to increasing persecution by demolishing churches, removing crosses and continuing to detain underground clergy."

The report found that the CCP has "doubled down on the 'sinicization' of religion — a campaign that aims to bring religion in China under closer official control and into conformity with officially sanctioned interpretations of Chinese culture."

Although many throughout the world have looked to the Vatican to speak out about the atrocities befalling the people in China, it has remained eerily silent on the persecution.

According to experts, the CCP has been sending $2 billion annually to the Holy See since Pope Francis took office in 2013 as part of a plan for world domination. The strategy is to bribe and control Italy through the Vatican and the European Union through Italy.

President Trump highlighted the importance of belief in God in a rousing speech delivered in 2017 in Warsaw, Poland, a country that, like China, has suffered the abusive powers of an atheistic State.

That day, every communist in Warsaw must have known that their oppressive system would soon come crashing down. They must have known it at the exact moment during Pope John Paul II's sermon when a million Polish men, women and children suddenly raised their voices in a single prayer.

In those words, the Polish people recalled the promise of a better future. They found new courage to face down their oppressors, and they found the words to declare that Poland would be Poland once again.

But in stark contrast to the message of President Trump's address to the Polish people, the Chinese people are being forced to worship the CCP.