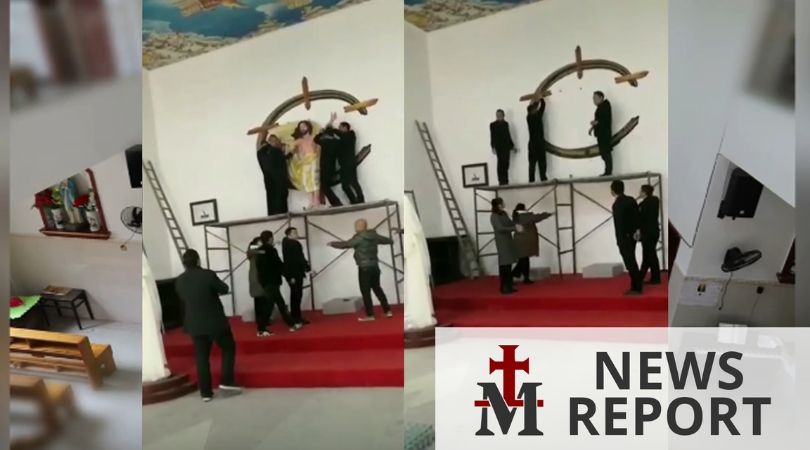 Yet another blow to Chinese Catholics

The Vatican signed a secretive agreement with the communist government two years ago that sought to unite the underground Church — in hiding from the authorities — with the government-approved church. It gave Beijing the power to appoint bishops over both sectors of the Church in China.

Many say the persecution has only gotten worse since the agreement took effect.

Repeatedly, clergy from the underground Church have been taken into communist detention centers for so-called "re-education."

Cardinal Joseph Zen of Hong Kong has been outspoken in criticizing the China-Vatican agreement. He said in 2018, "You're putting wolves before your flock, and they are going to make a massacre."

As church demolitions continue — and clergy keep going missing — it seems like Cdl. Zen's concerns are falling on deaf ears.