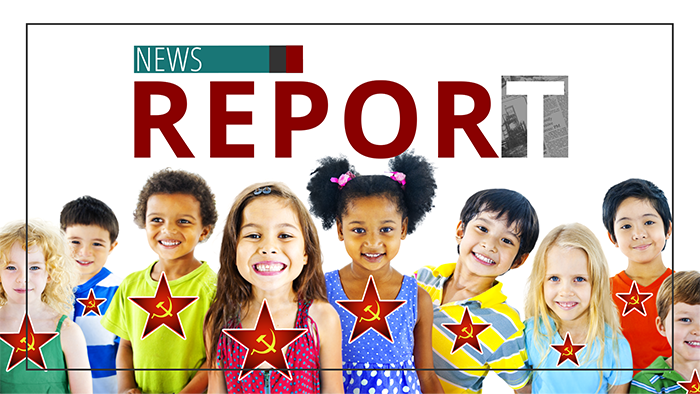 Chinese pushing CRT in the US

Alex Newman, author, Crimes of the Educators: "This is the basis for revolution. You've got to divide society up into opposing camps and then use that conflict that, typically, Marxists will instigate as a vehicle to bring about revolution, to bring about discontent that will finally result in the overthrow of the old system."

Newman believes the foundation of the American public school system stems from a communist even before Karl Marx.

Newman: "His name was Robert Owen. He set up a communist commune in Indiana. Obviously, it failed. His solution to that, what he perceived as a problem, was to have the government take over education."

Newman: "They are teaching children as young as kindergarten that they may have been born in the wrong body, that they can take pills and go in for surgical mutilation to reflect their true selves."

What they teach students is important, but equally so is what they don't teach them.

Many people likely need a reminder: Education is about learning to recognize differences. It's about theology and attaining the truth.

You don't have to look to history. It's already here.

Newman: "We just saw this in Oregon. The government of Oregon decided that there will be no more testing or proficiency requirements to graduate from high school."

Parents in the United States have options when it comes to educating their children, going forward, but the public school system isn't one of them.

Newman: "The only real viable solution left for American parents is to move their children from the system and to make sure they get a decent education elsewhere."

The Church does not require people to homeschool their children, but She does teach parents are the primary educators.

According to Alex Newman's read on the government's data, around half of America struggles to read. On a scale of one to five, with five being the best and one being completely unable to read anything, about 50% of Americans fall into the bottom two categories.