She finished her statement, saying: "I think we probably have actually more people front and center speaking openly about their faith and advocating and helping build on that foundation than probably any previous administration has."

.@PressSec on having a faith-based office within the White House: "I don’t think an office is what determines the faith of the administration ... We probably have actually more people front and center speaking openly about their faith." pic.twitter.com/aVh8w90XKT

One of the faith advisors, Johnnie Moore, spoke after the White House briefing, verifying that there is no longer a formal Evangelical Advisory Council. "Based on my experience, this White House doesn't need to have a faith-based office in order to have a positive, open and productive relationship with the faith-based community," Moore said.

This is a White House of leaders that pray together. It's not uncommon at all for meetings to begin with prayer.

He said the relationship is informal, but religious advisors meet sometimes daily with the administration and about every four to six weeks with the president. They discuss a broad range of issues, from "religious liberty and the sanctity of life" to "paid family leave and criminal-justice reform."

Moore continued, "This is an administration that wants our community, not down the road meeting with staffers, but actually in the heart of the conversation." He said about 500 religious leaders have sat in on major meetings in the Trump White House while President George W. Bush and President Barack Obama kept "the faith community out of the West Wing."

The Cabinet is "sympathetic to people of faith, it's a Cabinet filled with people of faith," Moore noted. "This is a White House of leaders that pray together. It's not uncommon at all for meetings to begin with prayer."

A photo surfaced in July showing Trump surrounded by Christians laying their hands on him in prayer. In the 2016 election, Trump's largest support base were white evangelicals, 81 percent of whom voted for him. At June's Faith and Freedom Coalition meeting in Washington, D.C., Trump insisted, "You didn't let me down, and I will never, ever let you down, you know that."

Trump admitted his growing dependence on God since becoming president. In an interview days after his inauguration, Trump told the Christian Broadcasting Network, "The office is so powerful that you need God even more because your decisions are no longer, 'Gee, I'm going to build a building in New York' or 'I'm going to do this.' These are questions of massive life and death, even with regard to healthcare."

"There's almost not a decision that you make when you're sitting in this position that isn't a really life-altering position," he ended. "So God comes into it even more so." 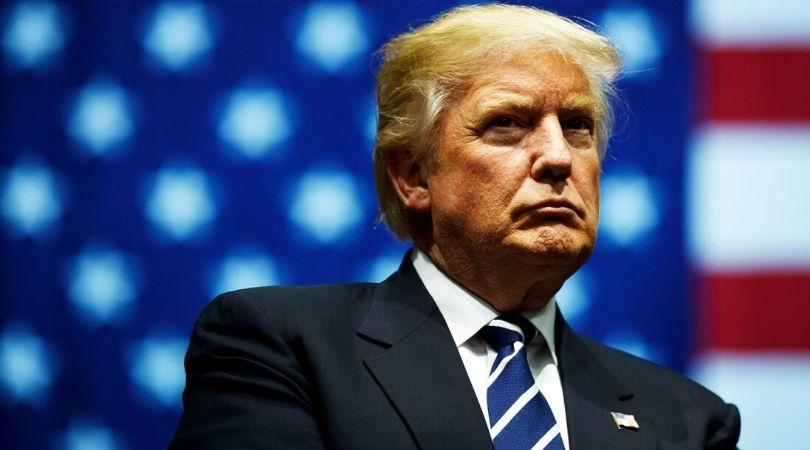