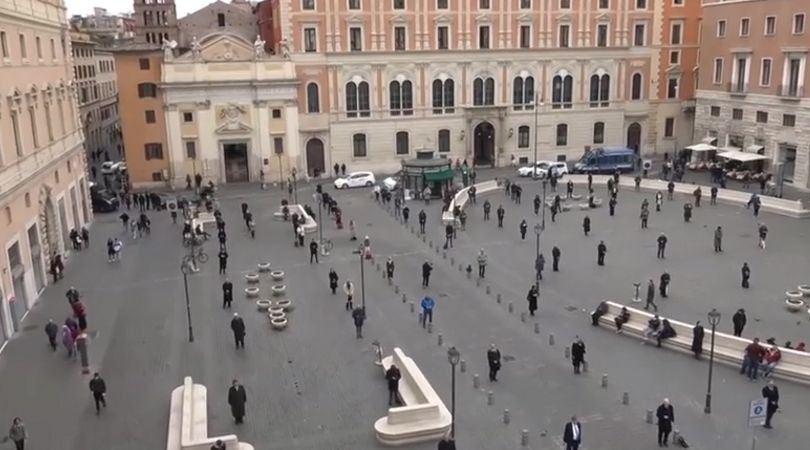 'An army ready to fight' gathers to protect Mother Church

ROME (ChurchMilitant.com) - Lay Catholics from around the world, including Church Militant staff, will gather in Rome on Sept. 28, the eve of St. Michael's feast day, for a silent protest to call upon the Blessed Mother for Her protection in the battle against evil.

At the foot of Castel Sant'Angelo — straightaway from the Vatican — the lay faithful will call upon the help of the angels and, above all, St. Michael the Archangel, asking them to protect the Church and to disperse Her enemies.

They will call upon the help of the Blessed Mother, referred to in the Song of Songs: "Who is this that looks forth like the dawn, fair as the moon, bright as the sun, terrible as an army with banners?" (6:9). The final line translated into Latin is terribilis ut castrorum acies ordinata, from which the group derives its name, Acies Ordinata.

Church tradition also says that it is Mary Most Holy who smashes all heresies.

The lay apostolate is spread throughout the world with the ideal of fighting the spiritual battle through prayer and active witness to the Faith as "an army ready to fight" for Mother Church.

Church Militant Senior Executive Producer Michael Voris has been invited to participate in the event.

"Many clergy will support the silent protest at the foot of Castel Sant'Angelo this Saturday in spirit," he said, "seeing in the fortress that defended the papacy throughout its history their own task in the upcoming months and years to protect Mother Church and to disperse Her enemies."

He recalled the words of Ven. Abp. Fulton J. Sheen:

Who is going to save our Church? Not our bishops, not our priests and religious. It is up to you, the people. You have the minds, the eyes, and the ears to save the Church. Your mission is to see that your priests act like priests, your bishops act like bishops, and your religious act like religious.

Confusion, which is the smoke of Satan, is enveloping the battlefield. In order to defeat the forces of chaos what is necessary is purity of doctrine, clarity of words, firmness of example, accord of soul and of works, because, as Saint Paul teaches: "If the trumpet gives an uncertain sound, who will ever prepare himself for battle?" (1 Corinthians 14:8).

Acies Ordinata orchestrated a previous silent protest — a first of its kind — in February, on the eve of the Vatican sex abuse summit.

Acies Ordinata organized its first silente protest in Rome on Feb. 19, 2019, before the Rome summit on sex abuse.

A hundred Catholics stood still in the streets of Rome in silent protest of the bishops' silence and inaction over priestly abuse. The demonstration took place just before the Vatican summit with Pope Francis and 113 presidents of bishops' conferences from around the world.

"As children of the Church Militant, we are here to profess publicly our Catholic faith, but also to break down the wall of silence: the sepulchral silence of the Pastors of the Church in the face of an unprecedented doctrinal and moral crisis," an informational flyer distributed by the Acies Ordinata group reads.

"We are standing, in a respectful and ordered manner, to express symbolically the resistance of those who do not give in before silence," the flyer continues. "We are holding in our hands the Rosary, and we are reading texts of the Catholic Tradition, because we fortify our resistance with prayer and study, convinced that only by recollection can one be prepared for action."

"It is an historic opportunity to address not only the issue of sexual abuse of minors, but also the theme of moral corruption, which includes any violation of divine and natural law, starting with homosexuality," organizers of the silent protest said.

For this upcoming demonstration, Acies Ordinata says it desires its rally to go "beyond the confines of one place and one day" and "to offer a symbolic yet real expression of our will to resist and not to yield in the battle for the defense of the Faith," adding, "We intend to gather all of the sons and daughters of the Church militant who are united with us in spirit and in prayer."

Church Militant is scheduled to cover the silent protest Saturday, the eve of Michaelmas, in Rome at the foot of the Castel Sant'Angelo. 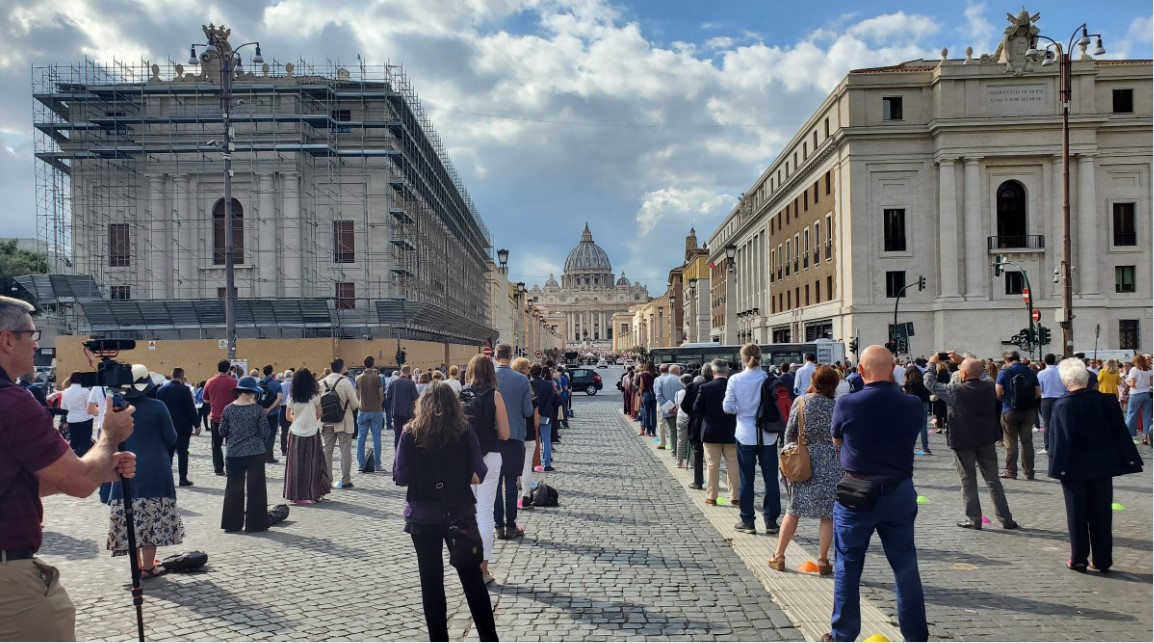