Civil War Then vs. Now 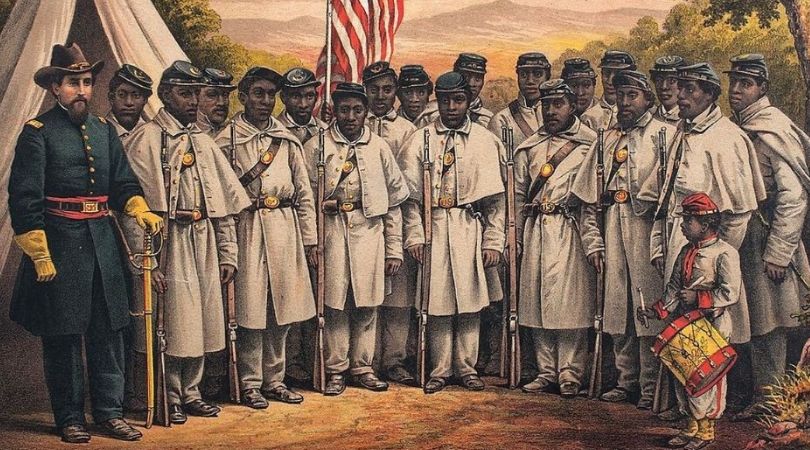 A lesson in racial justice from 1863

Robert Gould Shaw was born into an abolitionist Unitarian family in Boston in 1837. When he was 10, they settled on Staten Island. An uncle who became a Catholic priest paid for his tuition at what is now the Fordham Preparatory School. As a somewhat distracted student, he never completed his studies (who does?) but he was tutored in Italy and Germany and studied at Harvard.

During the Civil War he was eventually promoted to colonel and, following the Emancipation Proclamation, he led New England's first all-black military unit, the 54th Regiment. Shaw insisted on equal pay and opposed any form of discrimination. Two of his soldiers were sons of Frederick Douglas.

In 1863, storming Fort Wagner in South Carolina, Col. Shaw led his regiment, which suffered heavy losses while he died from several wounds defending the nation and racial justice. Saint-Gaudens sculpted a bronze relief of Shaw and his troops, which was dedicated across from the Massachusetts State House 123 years ago on May 31.

Just weeks ago, $3 million was designated to restore it, but ironically on May 31, a mob claiming to be defenders of human dignity, defaced with obscenities this tribute to valiant African Americans.

Let no vandalism ... testify to the present or to the coming generations that we have forgotten, as a people, the cost of a free and undivided republic.

Rioters also gathered in our nation's capital in Logan Circle, by another irony named for a Civil War general, John A. Logan, who said: "Let no vandalism of avarice or neglect, no ravages of time, testify to the present or to the coming generations that we have forgotten, as a people, the cost of a free and undivided republic." But many in our latest generation have not merely forgotten that cost, they were never taught it in the first place.

The valor of the 54th Regiment was depicted in the 1989 film Glory. Yet recent mobs have behaved more like the brawlers in old Western movies, for whom one man attacking another becomes a cue for everyone to rise and wreck the whole saloon. Riots broke out in other cities and spread abroad.

Perceived manipulation of the ignorant by sinister plotters whose Orwellian strategy is to call their fascism anti-fascist, is no excuse for their obliviousness to the consequences of moral confusion.

In 452, Pope Leo the Great saved Rome from Attila the Hun and, in a double whammy three years later, he confronted Genseric the Vandal. He faced both with the serenity of virtue and the bravery of charity, bending his knee before neither because he knelt only to God.

Pope Leo preached: "Christian, remember your dignity, and now that you share in God's own nature, do not return by sin to your former base condition. Bear in mind who is your head and of whose body you are a member. Do not forget that you have been rescued from the power of darkness and brought into the light of God's kingdom."

Father George W. Rutler is pastor of St. Michael the Archangel Church in the archdiocese of New York. His Sunday homilies can be heard here. Father Rutler is author of multiple books, including Calm in Chaos: Catholic Wisdom in Anxious Times, and his latest book, Grace and Truth. You can donate to his parish.
--- Campaign 27425 ---