Clergy and Religious Among Catholic Dead in African Muslim Violence 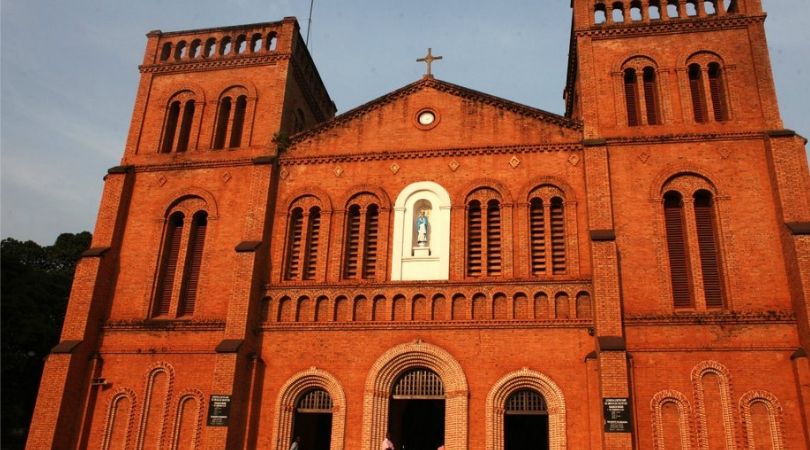 Sister Inés Nieves Sancho, a Spanish-French Roman Catholic missionary, was beheaded and her body mutilated in CAR earlier this week. Authorities say she was taken from her home in Nola during the night of May 18, relocated to a workshop where she taught CAR women how to sew and subsequently murdered.

Vatican News conjectured Sancho was killed by organ traffickers, which seems unlikely given she was 77 years old in addition to the rise of violence against Catholics in particular and Christians as a whole by Muslims in CAR and other African countries. For example, a Catholic priest, Fr. Landry Ibil Ikwel, 34, was stabbed to death in Mozambique on the same day Sancho's body was discovered.

The deaths of Sancho and Ikwel are two of the most recent fatalities of Catholic religious at the hands of extremists. The kidnapping and murder of four Catholics in Burkina Faso earlier this month prompted Bp. Justin Kientega to recommend security measures that include counseling "priests and religious to avoid wearing overtly religious clothing such as the soutane or religious habits that would distinguish them as such," according to the Zenit News Agency.

Additionally, he "recommended intensifying security measures, especially when traveling, such as not using obviously marked vehicles, traveling only at times when there is plenty of traffic, and never at night, and avoiding traveling always along the same route. He also advised them not to publicize their meetings too far in advance."

Additional violence was reported against a Catholic church in Dablo in Burkina Faso, which was attacked by militants who killed six people attending Mass on May 12.

I strongly condemn a new attack against a Christian church in #BurkinaFaso. The third of this kind in five weeks. I call for perpetrators to be held accountable. We cannot tolerate hatred. The fundamental right of religious freedom must be respected everywhere.

As noted by the United Nations, Burkina Faso is only one African country plagued by Muslim violence against Christians:

Violence is spreading in Mali and Niger, as well as Burkina Faso, and risks spilling over into other West African countries. This has led to a five-fold rise in the displacement of the local population in the last 12 months, who have seen more than 330,000 people leave their homes, in addition to 100,000 refugees.

According to Metsi Makhetha, the United Nations resident coordinator in Burkina Faso, "ISIS-inspired" armed groups pose the greatest threat to stabilizing the region.

Attacks by a group associating itself with the Fulani on several CAR villages killed more than 30 people on May 21.

France 24, the state-owned news network based in Paris, reported the attacks were perpetrated by a militia calling itself 3R, a moniker designating three words in French that mean Return, Reclamation and Reconciliation. 3R boasts ties with CAR's primarily Muslim Fulani ethnic group. As reported previously by Church Militant, Fulani militants are responsible for numerous massacres (here, here and here) of Nigerian Christians.

In a speech given last month to the U.S. Institute of Peace (USIP) in Washington, CAR President Faustin-Archange Touadera stated: "My country became a cliché of hate that might be considered almost predictable between Christians and Muslims."

Touadera noted that religious strife had little to do with the conflict at the outset. He added that Christian militias only organized after the Muslim Seleka coalition staged the 2013 coup that resulted in them seizing power after which they initiated violence against Christians.