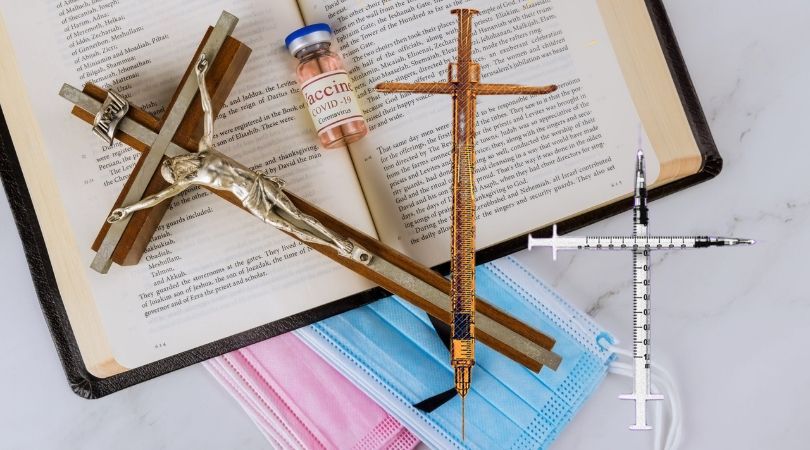 Declaration warns against pastors twisting texts on submission to State

WARRENTON, Virginia (ChurchMilitant.com) - Hundreds of pastors across the Western world have signed a declaration condemning the misuse of Scripture by subservient clergy who have surrendered to the China-virus health dictatorship using Bible verses as proof-texts.

"Churches have defaulted to almost reflexively acquiescing to whatever government health agency statements are made and the policies they put in place," the "Warrenton Declaration on Medical Mandates, Biblical Ethics and Authority" is warning.

The declaration, released Wednesday, laments the tendency of Church leaders to "over-attribute power and jurisdiction to the State," with pastors turning into "mouthpieces for government health agencies" and being used by these agencies to "help carry out their bidding."

"The legitimacy of the sweeping powers attributed to the State is either simply presumed or reinforced with scant or faulty biblical support," the pastors write, citing texts like Romans 13, which are being misinterpreted to demand obedience to draconian health regulations.

The declaration permits "disobedience" if civil authorities enact and enforce laws outside their jurisdiction, because ascribing "total jurisdiction to any human authority is idolatry since this kind of unlimited authority is reserved only for Christ Jesus."

We deny that choosing to decline a church officer's request to wear a mask is in any way evidence of divisiveness or rebellion against ecclesiastical authority.

"We deny that the civil authorities have been granted lawful jurisdiction and authority over personal, familial or 'public' health," the signatories write, citing historical examples wherein governments have imposed population control ostensibly for the "greater good."

The declaration is highly important for pointing out that a secular authority has no claim to obedience, not simply when it commands us to do something sinful, but also when it issues a command outside of its proper competence and scope.

It is very welcome indeed that, as the declaration shows, Christians widely are reevaluating in the sight of God the scope of legitimate secular authority. Faced with an obvious overreach by that authority, they are sensing that an appeal to Scripture and — like our Founders, an intuitive sense, too, of the natural rights we derive from God's creation — can provide a timely remedy.

In the first section, the Warrenton Declaration issues 15 affirmations and denials on the biblical doctrine of "authority," categorically stating that "all authority, in Heaven and on earth has been bestowed upon God the Son, Christ Jesus."

The declaration explains how Romans 13, the most frequently cited text to force obedience to the State, cannot be used to invoke uncritical obedience to oppressive regimes. The text was written before the persecution of Christians by Emperor Nero and qualifies a legitimate civil authority as "God's servant for your good."

The one dogma which Pope Francis is not ready to renounce is that of obligatory vaccination.

Speaking to Church Militant, Dave Brennan, executive director of pro-life Brephos, said there had been "a lot of superficial citing of Romans 13 here in the United Kingdom."

The text is quoted "to suggest that we 'just have to obey the State,' without considering how the God-ordained spheres of authority interact, and what the followers of Christ ought to do when civil authorities demand different things of them," Brennan remarked, noting how the devil himself twisted Scripture to tempt Jesus.

"Whether or not you agree with the Warrenton Declaration all the way, it makes for very important and provocative reading, and, at the very least, it ought to spark a much-needed and long-overdue discussion of this issue before it's too late," Brennan added.

In the second section, the declaration applies biblical principles to medical mandates, rejecting the claim that personal or family decisions to refuse vaccination or wearing masks are out of step with the biblical command to love one's neighbor as oneself.

Those who insist that "conformity with mask or vaccination mandates is the only way for a Christian to fulfill the command to 'love one's neighbor as oneself' are treating the traditions of man as the commandments of God," the signatories affirm.

The declaration slams such individuals for "twisting the Scriptures" and "effectively subjecting the law of God to the ever-changing and conflicting whims of 'public health' agencies, the latest medical study or majority opinion."

On mask mandates, the declaration states (in articles XXXII and XXXIII):

We deny that choosing to respectfully decline a church officer's request to wear a mask is in any way evidence of divisiveness or rebellion against ecclesiastical authority since the ecclesiastical office does not hold jurisdiction over personal or familial health decisions.

We deny that all instances of requiring masks for church meetings are necessarily sinful or divisive in such cases where the meeting is held at a venue where the property managers are not the local church and such property managers require mask-wearing for entrance.

Christians who choose not to attend specific churches because of mask mandates "should not be said to be in violation of any biblical commands regarding regularly meeting with the saints."

It is very welcome indeed that, as the declaration shows, Christians widely are reevaluating in the sight of God the scope of legitimate secular authority.

The declaration also slams justifying the mandating of vaccines and masks based on claims that unmasked or unvaccinated persons present a danger to public health, explaining (in article XXIV):

We deny that the existence of communicable viruses, viral-testing mechanisms or the invention of vaccinations creates a new standard of morality whereby a healthy person simply conducting their affairs in society without vaccination, viral testing or wearing a mask is evidence of criminally or morally reckless behavior.

Medical interventions are within the jurisdiction of individuals and families, and parents are not guilty of neglect if they choose to forego a vaccine because of its effectiveness or risk profile, the declaration stresses.

While evangelical leaders tend to cite Romans 13 to compel submission to health regulations, Catholic bishops' conferences have repeatedly used Jesus' command to "love your neighbor" as a proof-text to guilt-trip Catholics into taking the experimental jab.

"Being vaccinated safely against COVID-19 should be considered an act of love of our neighbor and part of our moral responsibility for the common good," U.S. bishops said in a December 2020 statement.

Bishops have quoted Pope Francis' statement mocking conscientious objectors to the abortion-tainted vaccine of a "suicidal denial" of the obligation to get vaccinated.

In January, Vatican whistleblower Abp. Carlo Maria Viganò warned that faithful Catholics who questioned mask and vaccination mandates were being "punished as heretics by the health inquisition."

"The one dogma which Bergoglio is not ready to renounce is that of obligatory vaccination," Viganò wrote.

In April, over a thousand Christian leaders in Britain signed an open letter to Prime Minister Boris Johnson categorically stating they are "wholly opposed" to vaccine passports as a precondition of admitting worshippers to churches, Church Militant reported.

While most of the signatories to the Warrenton Declaration are evangelical pastors and scholars, a number of Catholics like Tom Rogers from the Christian Peoples' Alliance have also signed the statement.

"Church of Nice leaders in fact have routinely offered themselves in acts of over-compliance to virtue-signal themselves as super-good citizens such as shutting down the churches altogether at times when that went beyond even government requirements," Dr. Rogers told Church Militant.

"So it's a timely blessing and service to the Church to be reminded, and to have it so clearly laid out, how God has instructed us via His Word regarding when it is and isn’t necessary to obey the laws of man," he added. 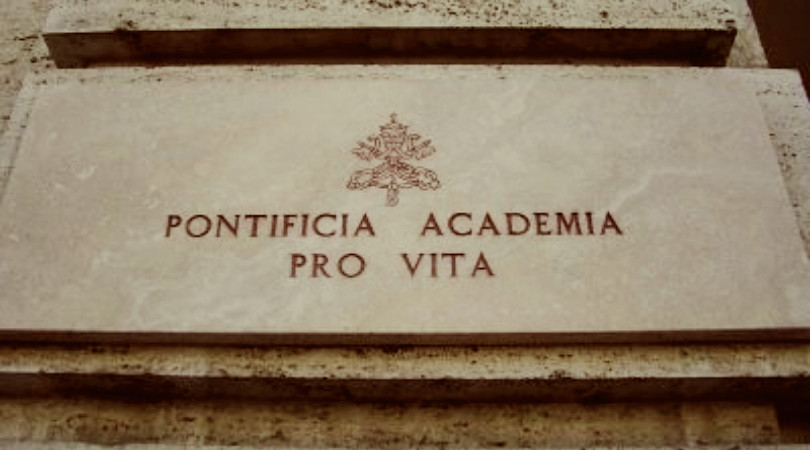