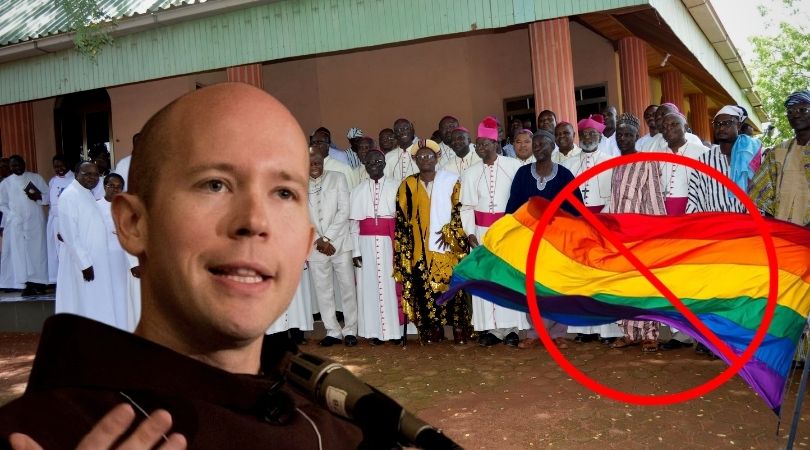 CHICAGO (ChurchMilitant.com) - A Franciscan professor in Chicago is denouncing African prelates for upholding the Church's teaching on homosexuality.

The Duns Scotus Chair of Spirituality at the Catholic Theological Union in Chicago, Fr. Daniel Horan, exploded in an opinion piece Wednesday — setting his sights on the Ghanaian Catholic Bishops' Conference (GCBC) and calling them "homophobic."

"The Ghanaian bishops have unequivocally participated in and promoted the dehumanization of LGBTQ persons, which has resulted in increased discrimination and violence," charged the friar.

Horan is specifically attacking a January letter from the GCBC — demanding the shutdown of the nation's first LGBTQ community center. The letter stated, in relevant part:

We, the Catholic Bishops of Ghana, write to condemn all those who support the practice of homosexuality in Ghana. We also write to support the position of Lawyer Moses Foh-Amoaning and the coalition, who, for years, [have] been championing the crusade against homosexuality. We also commend other individuals who have spoken in condemnation of this practice. We do this because the Roman Catholic Church is opposed to this abominable practice.

The Franciscan further alleges the bishops were working with a so-called anti-gay hate group. He's speaking of the Ghana-based National Coalition for Proper Human Sexual Rights and Family Values, which is partially sponsored by the World Congress of Families (WCF), based in Rockford, Illinois.

The WCF stands against same-sex marriage, pornography and abortion while working to "affirm, celebrate and defend the natural family as the only fundamental and sustainable unit of society" — promoting such positions around the globe.

Horan attempts to prove the WCF is a hate group by linking to articles by both the Southern Poverty Law Center (SPLC) and the Human Rights Campaign (HRC). Neither article provides any evidence of hatred by the WCF towards LGBT people.

The so-called evidence of hate provided by SPLC and HRC merely shows WCF promoting traditional views on marriage and family, just as it says it does. The SPLC, incidentally, also labels Church Militant a hate group for doing the same.

Horan is a notorious homosexual apologist; he equates the upholding of Church teaching on homosexuality with hatred of those suffering from same-sex attraction. The Lepanto Institute included Horan on a lengthy list of dubious prelates and priests that was sent to Pope Francis as an open letter in 2019, accusing the friar of promoting homosexuality in the Church.

In 2018, Horan came under fire for praising Franciscans who attended the annual Women's March in Chicago. The brothers attended the march alongside abortion activists who chanted "my body my choice." They were also seen at the event among protestors who were holding profane signs referencing genitalia.

In a 2015 piece for the leftist Catholic publication, America Magazine, he claimed Christians should celebrate the U.S. Supreme Court's legalization of gay marriage. He further argues the ruling plays a role in ending so-called LGBT discrimination.

This cleric is a notorious homosexual apologist who equates the upholding of Church teaching on homosexuality to hatred of those suffering from same-sex attraction.

Church Militant reached out to Horan, asking if he thinks his piece obfuscates the Catholic Church's teaching that homosexuality is intrinsically disordered. He did not respond as of press time.

Whatever views Horan has in his heart, the friar's public persona appears adversarial to the Church's teaching on marriage and sexuality — to a point where he's actively campaigning against faithful African prelates who wish to defend longstanding Church teaching. 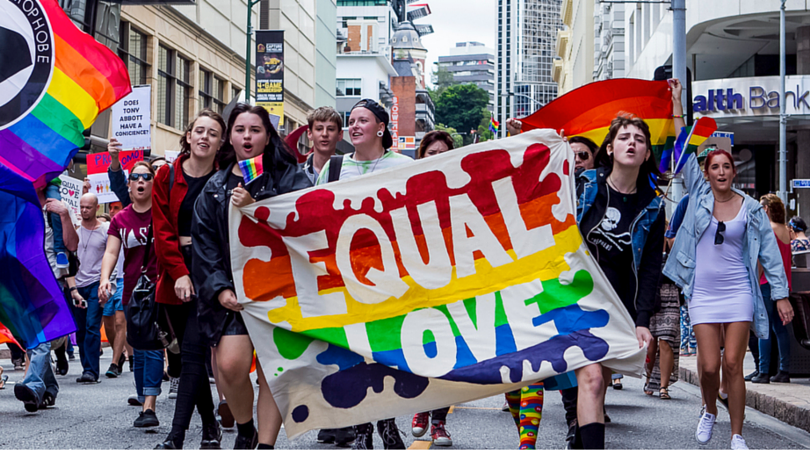