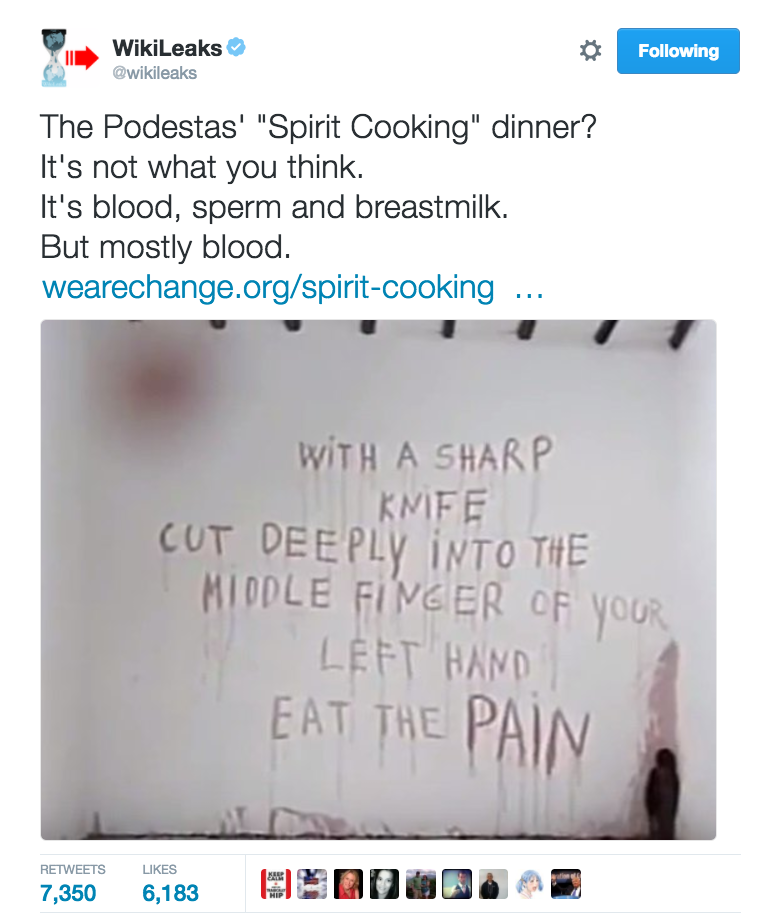 The email was sent from occult artist Marina Abramović in June 2015 and is addressed to John Podesta's brother Tony — a long-time Democrat lobbyist involved with the Clintons and Obama.

I am so looking forward to the Spirit Cooking dinner at my place. Do you think you will be able to let me know if your brother is joining?

All my love, Marina

Tony asks his brother, "Are you in NYC Thursday July 9[?] Marina wants you to come to dinner[.] Mary?"

A YouTube video shows Abramović painting with a congealed mixture of menstrual blood, breast milk and semen. With it, she paints the phrases: "Mix fresh breast milk with fresh sperm," "Fresh morning urine, sprinkle over nightmare dreams," and "'With a sharp knife cut deeply into your middle finger, eat the pain." She finishes by pouring blood over a small human-shaped doll.

The use of human body fluids is common in satanic "sacraments," more notably in Crowley's "cake of light," which is his sacrilegious take on the Blessed Sacrament. It's a host composed of flour, honey, and various bodily fluids including menstrual blood, semen, and breast milk. Crowley noted in his book "Magick Book 4, Liber ABA":

A Eucharist of some sort should most assuredly be consummated daily by every magician, and he should regard it as the main sustenance of his magical life. It is of more importance than any other magical ceremony, because it is a complete circle. The whole of the force expended is completely re-absorbed; yet the virtue is that vast gain represented by the abyss between Man and God.

The magician becomes filled with God, fed upon God, intoxicated with God. Little by little his body will become purified by the internal lustration of God; day by day his mortal frame, shedding its earthly elements, will become in very truth the Temple of the Holy Ghost. Day by day matter is replaced by Spirit, the human by the divine; ultimately the change will be complete; God manifest in flesh will be his name.

According to Cassandra Fairbanks, "Abramović is known for her often-gory art that confronts pain and ritual. Her first performance involved repeatedly, stabbing herself in her hands. The next performance featured her throwing her nails, toenails, and hair into a flaming five-point star — which she eventually jumped inside of, causing her to lose consciousness."

Abramović has also noted that her work is more than mere "art" but crosses into the occult. In a comment left at Reddit in answer to a question from someone asking what role the occult has in art, Abramović responds: 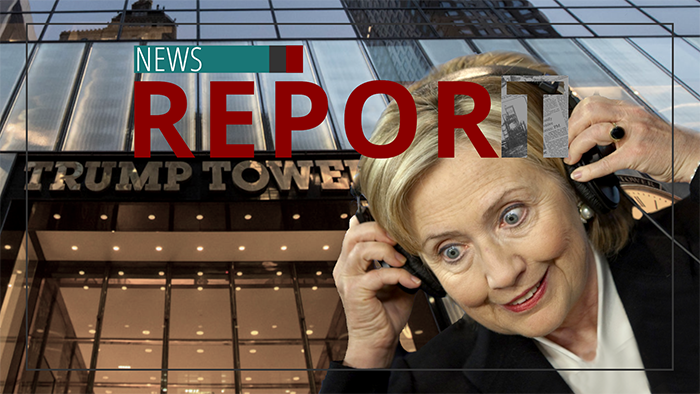 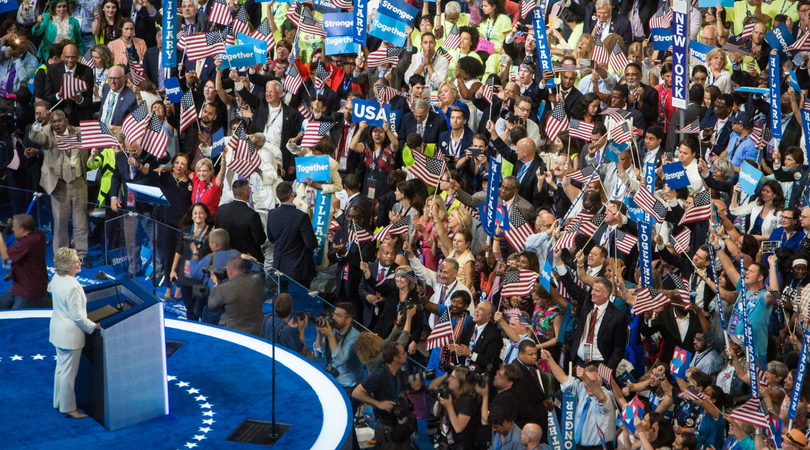