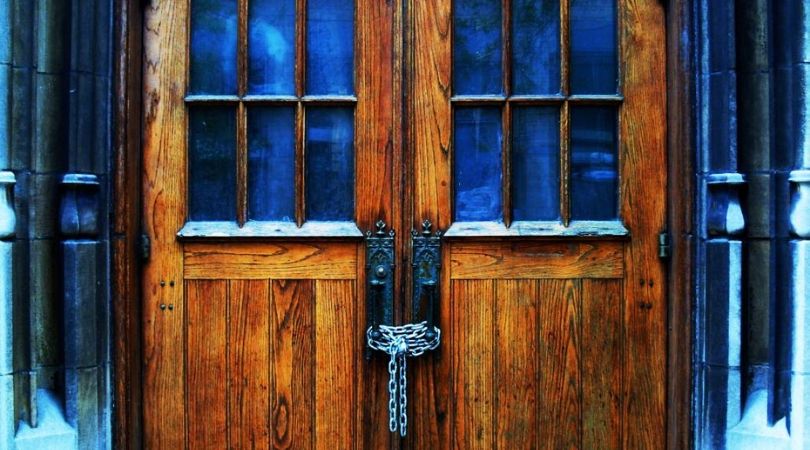 A reflection on the 'progressive' path

In only three hours, I, Bp. Robert "Bob" Smith of the diocese of Modernia, shall leave this cathedral and its rectory, which will then become the property of the city. Though I can now plainly see the whole chain of events which has led to this abandonment of the diocesan cathedral, I confess I am aghast at the speed of all these things.

I remember the excitement of the immediate post-Vatican II days, as every priest — or so it seemed — shared in the fever of novelty, each priest bent upon showing how modern and progressive he was by instituting changes and "updates" permitted by the luxurious ambiguity of the Council's documents. Revolution was in the air, and we experimented with everything in the Church, giddily indulging our creative flair.

As time passed, we tried to show the world just how modern we could be. We scrapped Latin and so many of the old ways. We thought many of the changes were small. People were told they could eat meat on Fridays; that they could go to Sunday Mass on Saturday; that we could move the dates of Holy Days of Obligation for sheer convenience; that there was no need to worry about that old Baltimore Catechism, which insisted on outdated memorization; that modern music could be sung at Mass or played by guitars; that priests could be known as, say, "Fr. Joe," instead of that stuffy "Fr. Jones" label; that Mass was a happy meal with happy homilies and happy hymns; that sacred reminders of mortality were outdated; and that we Catholics could be just as au courant as anybody else.

We divorced and contracepted and aborted and euthanized to an extent about equal with atheists.

We were Catholics but not zealots — relax!

Oh, we proved it: We divorced and contracepted and aborted and euthanized to an extent about equal with atheists. In any case, many, perhaps most, of us no longer believed with a supernatural faith. The Church had become a non-governmental organization (NGO), and we politically promoted what we called social justice. We rarely mentioned salvation, and few priests and bishops spoke regularly and devoutly that old language about contrition for sin and firm purpose of amendment.

When the world said men could become women and women, men; when homosexual marriage was legally sanctioned; when euthanasia spread across the land; when our Catholic campuses taught heresy and called it education; when countless other evils were lauded and applauded — we bishops often smiled and cavorted with the very politicians who, in word and deed, despised the Catholic faith and wanted to destroy it.

Then came the order to close our churches and to deny the remaining faithful the sacraments. Of course, we complied, for in so many cases, we had no king but Caesar. Then, the "all clear" was sounded, and we were shocked — shocked! — at how many Catholics did not return.

We bishops often smiled and cavorted with the very politicians who, in word and deed, despised the Catholic faith and wanted to destroy it.

By and large, though, we were not concerned with their souls but with their wallets, for there was now not enough money to support our bloated bureaucracy and our inflated salaries and our extravagant rectories. We bishops began to tax the diocesan churches at an even higher rate than before the virus hit. Suddenly, though, the churches, too, were strapped; their funds were also very limited.

We let the people bring into church any idols or superstitious items they liked so that they could pray to or with them. A few people objected to this practice but, after all, the Vatican did it. So why couldn't our diocese? The environment is everything, and some of those idols might help us get cleaner air.

When the first woman surgically to become a man wanted to be a priest, we embraced her — er, him — and celebrated! As New York's Cdl. Timothy Dolan once said about the "coming out" of a homosexual football player: "Bravo!"

As I leave my rectory for the last time, I admit that I am puzzled. I really tried to be a popular bishop. I didn't go around threatening people or try to call a halt to their pleasures and profits. To get along you've got to go along, I always preached!

I really tried to be one of the boys and — oh yeah, girls, too — and if one of my priests or priestesses was doing something contrary to the old Faith, well, I was willing to bend the rules for him or her or hir (or whatever the modern pronoun might be).

A good bishop learns to look the other way! I mean, what is charity all about? In everything I wrote or said, I put the people first. I was never a scold, and I was never a disciplinarian like some U.S. Army drill sergeant. I asked for more money, yes, but I never got (quite) the salary that other CEOs got and what I certainly deserved.

Like the martyred Fr. Edmund Campion in England in the 16th century, those priests who now visit the homes of the outdated Catholics for the Mass and other sacraments (even confession), preach and prophesy a restored Catholic faith, trusting in God to resurrect His Church. Can you imagine that they actually hold sacred all that the Church traditionally taught, believed and practiced? They'll never succeed, though. They aren't nearly progressive enough.

Of course, the above is pure fiction. Isn't it? One is reminded of Malachi's prophecy: "It is the duty of priests to teach the true knowledge of God. People should go to them to learn my [God's] will, because they are the messengers of the Lord Almighty. But now you priests have turned away from the right path. Your teaching has led many to do wrong. You have broken the covenant I made with you" (2:7–8 GNB). And one reads in Jeremiah: "I [The Lord] will condemn the person who turns away from me and puts his trust in man, in the strength of mortal man" (17:5). Wisdom relates: "The worship of idols, whose names should never be spoken, is the beginning and end, the cause and the result, of every evil" (14:27).

Deacon James H. Toner, Ph.D., is Professor Emeritus of Leadership and Ethics at the U.S. Air War College, a former U.S. Army officer, and author of Morals Under the Gun and other books. He has published multiple online columns in The Catholic Thing, Crisis Magazine and OnePeterFive. He has taught at Notre Dame, Norwich, Auburn, the U.S. Air Force Academy and Holy Apostles College & Seminary. He serves in the diocese of Charlotte.
--- Campaign 31540 --- 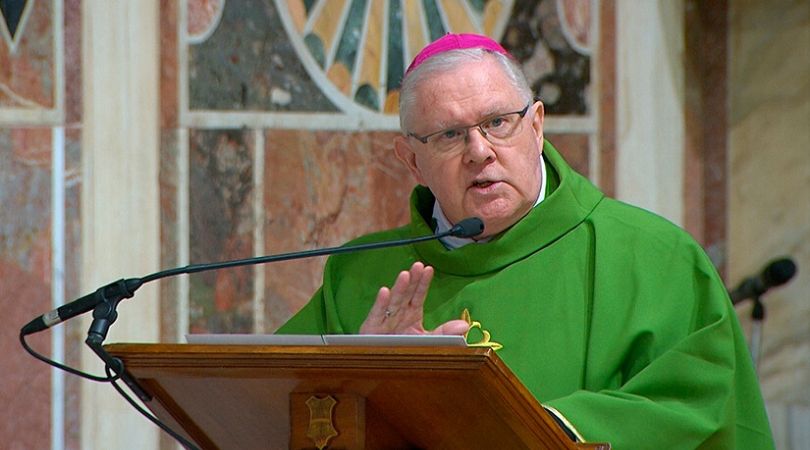