Parents, students and alumni are working for orthodoxy at St. Ignatius High

CLEVELAND (ChurchMilitant.com) - Faithful Catholics are fighting to reclaim one of the most prominent Jesuit schools in the nation.

Saint Ignatius High School in Cleveland, Ohio is one of the best-regarded Catholic schools in the country. Founded by German Jesuits in 1886, the prep school is an academic and athletic powerhouse and has a broad base of alumni and parent donors. Current tuition is over $15,000, yet waitlists for enrollment are glutted even as the all-boys school resists the temptation to go co-ed. Throughout its history, the school has been known as a bastion for solid and masculine Catholic teaching.

But as a source told Church Militant, the Catholic roots of the Jesuit school are "rotting." Over the past two decades, faithful Catholics on the faculty and staff have been replaced by liberal and heretical voices who have tainted the school's mission, and St. Ignatius has followed so many of its Jesuit peers in the drift towards heterodoxy.

Signs of this drift were apparent in the early 2000s. But the gradual trend was helped along by Fr. John Libens, an interim president who openly advanced liberal policies during the lead-up and aftermath of the Obama election. Libens wrote a letter to parents in 2008 announcing the school was recognizing a gay-friendly group that sought to "provide support to students and to explore the campus culture for ways of improving it in regard to issues of sexual orientation."

Although Libens' tenure was short-lived, he allowed many of the previously latent forces to rear their heads. Pro-life student groups began to face pressure from students and teachers who advocated a "seamless garment" approach to Catholic social teaching. And parents learned that their children had been exposed to Sherman Alexie's heretical, semi-pornographic The Absolute True Diary of a Part-Time Indian in their literature classes.

The school's heterodoxy was put on display in the Winter 2017 issue of Saint Ignatius Magazine. The cover featured two boys embracing, and the introduction from the school's president, Rev. Raymond Guiao, stressed the need for fewer whites in the student body. The following pages contained much about diversity, inclusiveness and unity.

Most notably, one article touted the Ignatian Alliance, the pro-gay student group once lauded by Fr. Libens. The article recounted how the group had started in the early 2000s with the help of a school counselor Hugh McManamon and had grown until it now has 25–30 members. One of the Alliance's openly gay members says St. Ignatius provides homosexuals an "atmosphere of inclusion."

The last straw for concerned parents and alumni came in early March, when the school declined to renew the contracts of two of the school's most popular and orthodox theology teachers. The theology department at St. Ignatius had been a bulwark of solid Catholicism even as other departments slid away.

The Catholic roots of the Jesuit school are rotting.

An online petition formed and soon collected more than 1,500 signatures in favor of retaining the theology professors. The campaign has gained much support on social forums with hashtags like #keepthefaith and taglines like "Make Ignatius Catholic Again."

Others have hinted at getting the diocese and local bishop, Daniel E. Thomas, involved. Donors have asserted that they will cut off contributions if the current situation is not improved.

Yet the school's board of regents has so far refused to budge from its controversial positions. In a March 31 letter obtained by Church Militant, the chair of the St. Ignatius board of regents, Joe McAuliffe, sent a letter to other board members warning them to keep silent about the ongoing controversies.

"If you are confronted with questions surrounding some of the other fictional narratives that have arisen in the course of public speculation," the letter stated, "the appropriate response is, 'I understand what you are saying, but your conclusions are based on speculation and I disagree with your conclusions.'"

McAuliffe accused critics of trying to "politicize" the recent personnel decisions. "The Gospel, while radically counter-cultural, is the news of God's infinite love, not a political manifesto," he claimed. The board chair also reaffirmed the school's commitment to diversity and inclusiveness.

But orthodox Catholics show no signs of backing down. Facebook and Twitter campaigns have been effective in getting the word out about the theology teachers' dismissal.

On their Facebook page, organizers are asking supporters to "pray, stay positive, share this page and the petition, write letters to the school's administration and to tell those you know in the Ignatius community about the situation. Feel to reach out to us with ideas, comments or questions."

The online petition to retain the theology teachers can be signed here. 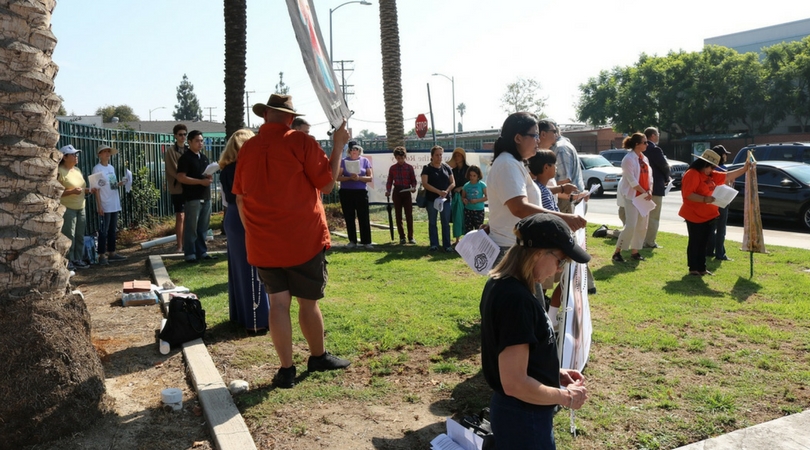 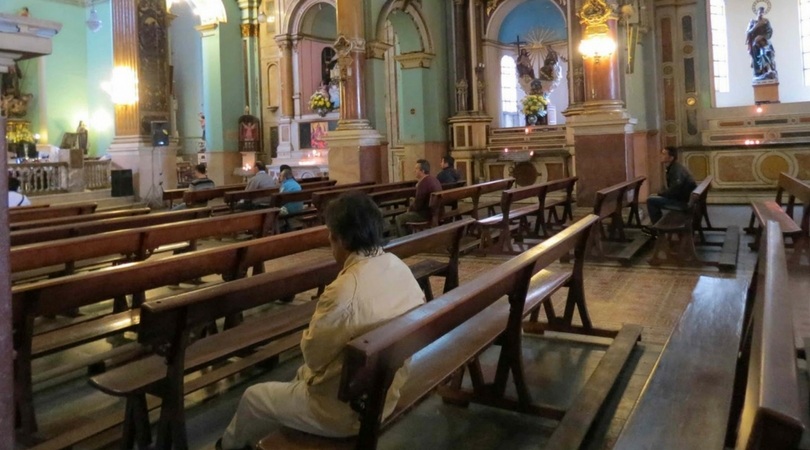