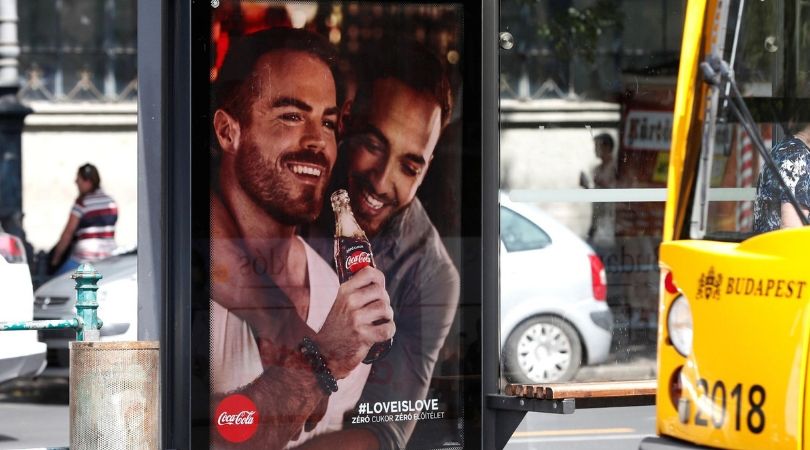 BUDAPEST, Hungary (ChurchMilitant.com) - The world's largest and oldest soft drink maker has withdrawn its advertising campaign promoting homosexuality in Hungary after conservative politicians and an online petition called for a nationwide boycott of its products.

Coca-Cola had posted provocative posters of gays and lesbians against a rainbow background and drinking coke with slogans such as "Zero Sugar, Zero Prejudice" and "No sugar, no superstition." The ads were displayed in the capital Budapest on train stations and bus stops.

Over 40,000 protestors signed a CitizenGO petition asking the mayor of Budapest and other authorities "for their assistance in removing the posters as soon as possible and to prevent such advertisements from spreading in Hungary."

"For our part, we start by boycotting Coca-Cola. And in our petition, we ask for help in removing the posters as soon as possible and in curbing a homosexual lobby aimed at children, families and society as a whole," the petition launched by Eszter Schittl, campaign director of CitizenGO, Hungary, stated. CitizenGO also launched a phone campaign against Coca-Cola.

Coca-Cola responded the following day, saying: "We believe both hetero- and homosexuals have the right to love the person they want, the way they want. With this we really want to convey a message: our belief that everyone has the right to affection and love; that the feeling of love is the same (#loveislove)."

The drinks company launched the "Love is Love" campaign days ahead of the progressive Sziget music festival, held every August in northern Budapest.

Coca-Cola explained that the new campaign was linked to the "Love Revolution" initiative of the Sziget Festival, "with which Coca-Cola is delighted to associate, since equality and diversity is our fundamental shared value."

Coke also shared images of the ads on its Hungarian Facebook page over the weekend.

On Monday, the company buckled under mounting pressure from a boycott of its products and agreed to withdraw the controversial ads from Budapest, CitizenGO said.

First, Coca-Cola communicated that they would not take off their posters. Then, five days later, on Aug. 7, Coca-Cola announced that they were changing the posters. We find it hard to believe, noting that they had announced to a liberal newspaper earlier that the posters with the homosexual couples would be up during the month of August. The new posters do not contain homosexual couples, though the rainbow theme remains.

Schittl explained that the withdrawal of the posters was only a "semi-victory" since the company had replaced them with others in which the slogan "Love is Love" was still prominently displayed. She urged continuing with a boycott of the brand since "they are not stopping the display of messages that promote homosexuality."

Our country is boycotting and protesting Coca-Cola's homosexual propaganda.

"Many parents are worried that their child may come across these posters in Budapest, which may or may not be confusing," Schittl pointed out in her petition.

"Child under 18 cannot enter tobacco shops and their parents are warned if TV content is inappropriate to them. But walking around the city will make it impossible for them to protect their children from content promoting homosexuality," she noted.

Meanwhile, on Aug. 13, the conservative party Mi Hazánk (Our Country) held a demonstration outside the company's headquarters in Dunaharaszti.

"Our country is boycotting and protesting Coca-Cola's homosexual propaganda by a series of actions," Dóra Douró, vice president of the movement, said.

Earlier, Minden Szó, a website describing itself as a "politically incorrect blog," wrote an open letter to Cdl. Peter Erdő, primate of Hungary, and other Catholic bishops urging them to speak out on the issue.

"Believing Hungarian Christians, Catholics, Calvinists and others are waiting for the historic churches to speak on Coca-Cola! This would not be an expectation on our part, but an elementary duty on your part!" it read, adding, "Unfortunately, the Reformed are also quiet. Only the Hit Gyülekezete (Congregation of the Faith) spoke. Historical churches, on the other hand, are silent, sitting deep and not speaking."

Hit Gyülekezete, Hungary's largest charismatic church, issued a press release asking the beverage company why they were corrupting the minds of children by exposing them to images of homosexuality and why they were "raping the conscience" of consumers who have a different opinion on this "divisive social issue."

In May, László Kövér, speaker of the Hungarian Parliament, angered homosexual activists when he compared adoption by gay couples to pedophilia.

I can only find a parallel in one aspect: In both cases [pedophilia and adoption by LGBT couples], the interests of the child remain in the background and the focus is on the interests of the adopters who are, by the way, incapable of having a child of their own. I think this is factually correct.

The transport company BKV had refused to intervene in the controversy and issued a statement stating that third parties were responsible for the use of its advertising space on train and bus stations.

8/21/2019: This article was updated to include comments from Eszter Schittl. 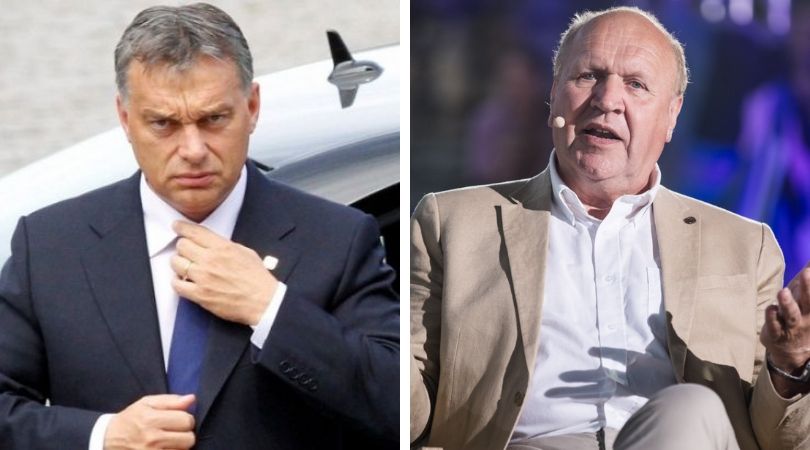