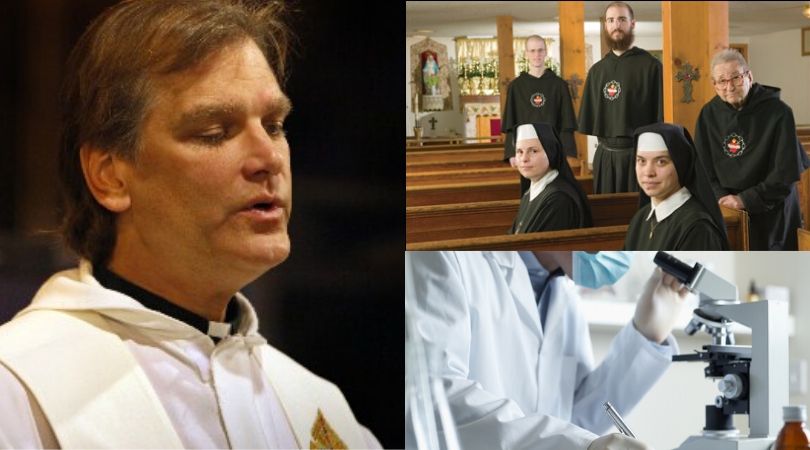 Beneficiaries of donations cut off from critical support

When a New Jersey court ruled a crowdfunding site must be shut down, all of its beneficiaries were cut off from critical support, and for some, it was their only source of support.

In July, when the Southern Poverty Law Center (SPLC) renewed its aggression against Arthur Goldberg, co-director of the Jewish Institute for Global Awareness (JIFGA), many were caught in the crossfire. One of JIFGA's projects was Funding Morality, a crowdfunding platform that supported people and causes from the Judeo-Christian worldview.

Funding Morality was an alternative to crowdfunding sites like GoFundMe, which had been accused of shutting down campaigns for ideologically left-leaning reasons or after gay activists complained.

There were over a dozen campaigns that had to be closed.

When Funding Morality was shut down in summer of 2019, more than a dozen campaigns closed. Almost every important cause to the Judeo-Christian worldview was represented: medical care for a woman who refused to accept euthanasia, a boys' home for victims of human trafficking, tuition support for young traditional seminarians and nuns, and a whistle-blowing cop who lost his job fighting corruption. These were just a few.

Church Militant caught up with several people helped by Funding Morality. For many, it was their only source of funding.

Unlike other crowdfunding platforms, Funding Morality gave all donations to the beneficiary of the campaign regardless of whether or not the organization met its goal. In July, when the court ordered JIFGA to be shut down and its assets liquidated, Goldberg was busy writing the last of the checks the beneficiaries would see from their Funding Morality campaigns.

One of those hit was the Saint Benedict Center, a monastery in Richmond, New Hampshire. To support the SPLC's claim that hate is always on the rise, the category of "radical traditional Catholicism" was added and the group was included on the SPLC's ever-growing Hate List for committing the offense of opposing divorce, abortion, contraception, pornography and sodomy.

He explained: Church Militant spoke with C.J. Doyle, director of communication for the Friends of Saint Benedict Center, who said Goldberg is a "wonderful man dedicated to the defense of biblical morality and the protection of religious freedom, who has done excellent work." Because of that designation, the Saint Benedict Center was cut off from the Amazon Smile program, in which the online retailer donates a half-percent of the purchase price of eligible products to shopper-designated charities.

What happened to Funding Morality is one more disturbing example of the totalitarian instincts and practices of the neo-Stalinist Left in this country, particularly the homosexualist movement, which seeks to censor, silence, punish and ultimately suppress those who believe in traditional morality. A key component in this strategy of social conquest is the Southern Poverty Law Center, which not only seeks to defame, demonetize and disqualify from public discourse moral traditionalists and religious believers, but to actually [make them] destitute and repress them through aggressive civil litigation. These pernicious secularists are at war, not only with God and the natural law, but with the Constitution and the Bill of Rights.

Doyle continued, "While support for the Saint Benedict Center has continued, the arbitrary destruction of Funding Morality by an autocratic New Jersey judge has certainly complicated fundraising for us and, no doubt, for other beneficiaries of Arthur's organization, which, of course, was the malicious intention of the Christian-hating bigots of the SPLC in bringing their predatory lawsuit."

The Left's attack on Judeo-Christian morality doesn't just extend to LGBT so-called rights; opposition to women's "right" to abortion is also a just cause to persecute anyone associated with championing the unborn.

These pernicious secularists are at war, not only with God and the natural law, but with the Constitution and the Bill of Rights.

One of those persecuted is Mark Judge. The Left's vicious personal attack on Supreme Court Justice Brett Kavanaugh is still causing suffering for Judge, a high school friend and classmate of Kavanaugh, falsely accused of sexual misconduct by Christine Blasey Ford in 2018.

Judge still refuses to speak publicly about the events and simply wants to live a private life and take care of his health and earn a living. At the time of the allegation, he was suffering from cancer and was working two jobs to support himself. Judge faced crushing legal and medical bills and said the editors he worked with suddenly found him "radioactive."

"I lost several writing contracts last year, and no one has come forward with any offers," Judge told Church Militant. He added that it has been difficult to find other sources of support ever since Funding Morality's site was shut down. He recently started a Patreon page where his work can be supported.

"Funding Morality was essential to my survival," Judge said. "Arthur Goldberg is a true angel."

Often, visitors to Funding Morality would browse the various campaigns and donate to multiple causes. The platform's overarching vision to fund moral values assured site visitors that all of the campaigns were worthwhile and honorable.

One of those was to provide funding for life-saving research. Dr. Stephen Sammut, professor of psychology at Franciscan University of Steubenville, used the site to raise funds for two different studies on pregnancy and abortion. Scientific research that challenges the Left's ideologies is often discriminated against with a lack of funding, while research that seeks to support it is well-funded.

"The current scientific political climate is certainly difficult for research such as this, due to the ideological motivations that drive it," Sammut noted.

Sammut explained that by using animal models for abortion research, "we are studying the purely physiological consequences of abortion." The abortion research has been published, and in addition to finding negative behavioral and biochemical effects of abortion, the researchers wrote that "the findings of this study also appear to provide additional support to the current literature pertaining to the benefits of carrying a pregnancy to full-term."

This study proved to be a jumping-off point for further research that still needs funding: "Our study now is continuing to investigate the neurochemical changes that take place in the brain that ultimately cause the negative behaviors we observed," Sammut said.

Church Militant also spoke with Fr. Paul Kalchik, in hiding after the archbishop of Chicago, Cdl. Blase Cupich, attempted to send him for psychological treatment after he disposed of a blasphemous, ragged and moldy rainbow-themed flag formerly used in his parish.

Father Kalchik is still waiting for his day in court after he filed a canonical lawsuit against Cdl. Cupich in November 2018. He said Cdl. Cupich has twice postponed the hearings in Rome while his legal team was there, effectively wasting thousands of dollars and needlessly burning through his donations from Funding Morality.

Father Kalchik* isn't worried about whether he will have enough to fight Cdl. Cupich and all his stalling. "God provides," he said. "Not with a lot of extra, but God provides."

He said it's been a while since he's had new shoes or clerics but knows there are many other priests much worse off, especially those who have unjustly lost their faculties.

Goldberg is also struggling with how to fund his appeal. Without the benefit of the platform he helped create, he has no way to reach donors. He needs to raise money for substantial legal fees and court costs — costs that are sure to be high when fighting the mega-wealthy SPLC.

The SPLC went after Goldberg and the former organization he was co-director of, Jews Offering New Alternatives to Healing (JONAH), for his work helping people find religiously based counselors to help address LGBT issues and for his advocacy for biblical marriage and the sanctity of life.

In 2016, the SPLC and two other law firms represented four former clients who claimed JONAH committed fraud and harmed them through their counseling referrals. Court documents indicated, however, that these plaintiffs were recruited by the SPLC to go after JONAH. Several of them were gay activists that went on to advocate for reparative therapy bans in several states.

In New Jersey, a recently passed law bans so-called "conversion therapy" for minors. It fueled a spate of lawsuits claiming JONAH was committing fraud for promising that same-sex attractions could be "cured."

However, Goldberg and JONAH never made the promise of "curing" same-sex attraction. Neither did Goldberg provide any of the actual counseling; he only made referrals for counseling. At least one plaintiff testified that the counseling he received actually helped him.

This was also the first time a New Jersey consumer fraud law was applied to a non-profit — a legal technicality that still hasn't been fully vetted in the court system. The SPLC continued to go after Goldberg and JIFGA by claiming it is a continuation of JONAH — even though the organizations are completely separate and have different missions.

The Natural Law Defense Fund has agreed to start a crowdfunding campaign for Goldberg's appeal. It is hoped that with a successful appeal, Funding Morality will be able to re-launch.

*Individuals can send donations to Fr. Paul Kalchik to St. Michael's Media, which will forward the donations to him: 2840 Hilton Rd., Ferndale, MI 48220

On the Hook for Millions
By Kristine Christlieb   •   0