Columnist at the Times of London: The 2020 Election Was Stolen 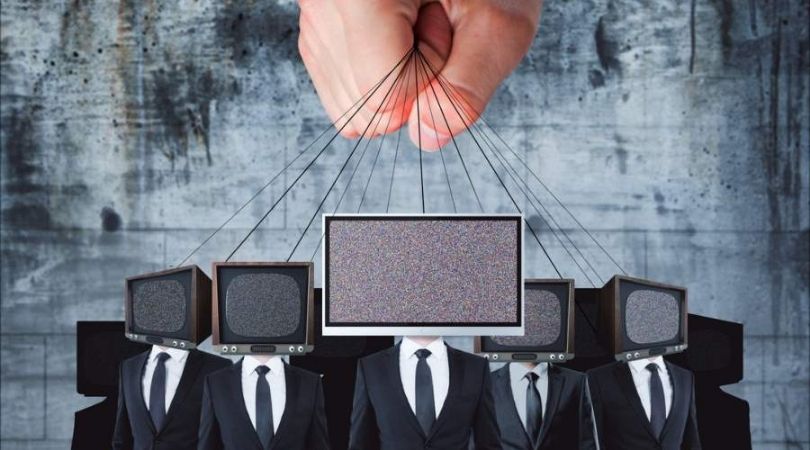 The treason of the deep state, Big Tech and big business

Who's running our country? It's certainly not the shambling meat puppet Joe Biden, a mere shell of the venal, mediocre hack that he once was — like the ruins of some gutted Waffle House in a Mad Max-style hellscape. I've speculated here that it's a high-level cabal, even calling it the Secret Committee Formerly Known As Joe Biden (SCFKAJB — pronounce it if you can).

I think those composing it are probably members of the deep state conspiracy that moved in late 2020 to fool the American public about the Hunter Biden laptop. These ex-government employees, still enriched by high-level security clearances, wielded their pristine elite credentials to certify a lie about "Russian disinformation." Go read the names of these entitled traitors here. Each one of them is as guilty as Alger Hiss or the Rosenbergs. Note carefully how many of them were appointed by members of the Bush royal family.

The Hive Is Stuck in Scorched Earth Mode

I'm not sure which of these Hive members are in charge of what in the "Biden" White House. Perhaps one decides which outrageous executive order to sign, and another which Third World hellhole to tap for the next wave of replacements for U.S. voters. But they're flailing. They spent the four Trump years in purest "sabotage" mode, generating chaos and disrupting the function of government. Tanking the economy and promoting a virus panic.

The Vortex: How It Happened

In other words, the kind of mischief the CIA gets up to when it wants to destabilize a regime as a prelude to a "color revolution." That is, a U.S.-backed coup. When you impose economic sanctions and throw sand in the gears of a government, a key part of what you're doing is punishing the citizens for supporting that regime. You're trying to make them feel the pain till they blame their own leaders and would welcome a replacement, if only to stop the torture.

After four years of criminal treason, these elites seem to have forgotten the actual business of governing. They're stuck in "scorched earth mode," I guess. Because the pain just keeps on coming, from Kabul to Del Rio.

Key to these elites holding on to power is controlling information. They showed they knew how to do that when they bombarded once-legitimate news sources with outrageous, cooked-up lies of the Russia collusion hoax. Then again, when they suppressed the all-too-real revelations of Biden family corruption and links to Chinese spies.

Key to these elites holding on to power is controlling information.

So it's our job, however we can, to keep truthful information flowing. To that end, instead of commenting at length myself today, I want to point you to a key resource that Yahoo or Fox won't show you. In fact, this is a voice that The Hive is eager to stifle and silence.