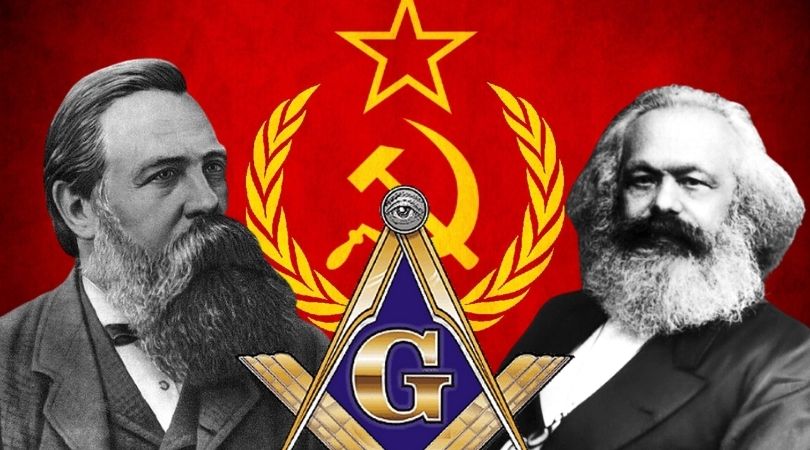 Contrary to the derision of so many obstreperous dolts we have endured these past decades, it turns out the "tinfoil hat conspiracy theorists" have essentially been right all along. Yes, it's true: The world is dominated by Freemasons, and The Simpsons' Stonecutters Song is, for all intents and purposes, spot on.

Simply put, Freemasonry is an international confederation of individuals and corporations bound in a secret society that despises Jesus Christ and His Bride, the Roman Catholic Church, and which, after 300 years of maneuvering, manipulation and murder, now rules the world.

That's quite a claim, but — prepare yourself — in this essay, I'm going to prove it. While I'm working on a book that more comprehensively explores the slow slither of this satanic sect through the centuries, with this essay I will focus on showing you that (1) Freemasonry rules the world today, and (2) communism is its evil offspring.

A certain sect of darkness is engaged, a sect which human society these many years carries within itself and which like a deadly poison destroys its happiness, its fecundity and its life. Abiding personification of the revolution, it constitutes a sort of retrogressive society whose object is to exercise an occult suzerainty over the established order and whose whole purpose is to make war against God and against His Church.

There is no need of naming it, for all will recognize in these traits the society of Freemasons, of which we have already spoken, expressly in our Encyclical, Humanum Genus of the 20th of April, 1884. While denouncing its destructive tendency, its erroneous teachings and its wicked purpose of embracing in its far-reaching grasp almost all nations, and uniting itself to other sects which its secret influences puts in motion, directing first and afterwards retaining its members by the advantages which it procures for them, bending governments to its will, sometimes by promises and sometimes by threats, it has succeeded in entering all classes of society, and forms an invisible and irresponsible state existing within the legitimate State.

Full of the spirit of Satan, who, according to the words of the Apostle, knows how to transform himself at need into an angel of light, it gives prominence to its humanitarian object, but it sacrifices everything to its sectarian purpose and protests that it has no political aim, while in reality it exercises the most profound action on the legislative and administrative life of the nations, and while loudly professing its respect for authority and even for religion, has for its ultimate purpose, as its own statutes declare, the destruction of all authority as well as of the priesthood, both of which it holds up as the enemies of liberty.

Decades later, during the pontificate of St. John Paul II, Fr. John A. Hardon — priest, writer, theologian and servant of God — echoed Pope Leo XIII's grim diagnosis while speaking at a conference on the duties of the priesthood: "The Holy Father is deeply, and I mean deeply, concerned about the future of the priesthood in countries like our own and in South America. There is another problem, as you know. The United States and South America are controlled by the Freemasons."

Reasonable Catholics might here demur, "Well maybe. But this was all some time ago. What about today?" I give you Abp. Carlo Maria Viganò's words in a May interview:

"The Great Reset" is an expression coined a few years ago by the Masonic elite that dominates the world. ... The elite which promotes the Great Reset is composed of the main world organizations, from Klaus Schwab's World Economic Forum to the O.N.U. (United Nations), from the Trilateral Commission to the Bilderberg group, with the support of their servants in governments, high finance, multinational corporations and the media. This process has gone on for centuries, led by the great dynasties of capital such as the Rothschilds and Rockefellers, who heavily interfere in the politics of nations thanks to their immeasurable wealth. The matrix is essentially Masonic, both in the principles they express as well as the hatred they display towards religion, and even more towards Our Lord Jesus Christ.

There are several examples that connect the birth of communism to the cancerous womb of Freemasonry. Here, I'll discuss one revealed in the very introduction of the infamous Communist Manifesto of Karl Marx and Friedrich Engels. First, a bit of background.

In 1844, Marx and Engels became familiar with a secret society in Paris, France called League of the Just. According to Karl Marx: A Biography by P. N. Fedoseyev, the league originated out of French secret societies, most notably the Society of the Seasons. This society, founded in 1837, was led by Louis Auguste Blanqui, who, for the previous 13 years, had served as a high-ranking member of the Masonic Italian Carbonari, the same Carbonari which, in 1859, produced the notorious Permanent Instruction of the Alta Vendita which laid out the Masonic plan to infiltrate and destroy the Catholic Church.

An associate of Blanqui's was Karl Schapper. Along with Marx and Engels, Schapper was a member of League of the Just. He had also accompanied Blanqui in an unsuccessful coup attempt in 1839 and joined Giuseppe Mazzini (Grandmaster of the Masonic Illuminati and Carbonari) in a failed military invasion of Savoy, Switzerland.

In 1847, Schapper merged the League of the Just with Marx and Engels' previously established Communist Correspondence Committee to form the Communist League. In the preface of The Communist Manifesto, Engels explains, "The manifesto was published as the platform of the Communist League, a working men's association, first exclusively German, later an international, and under the political conditions of the continent before 1848, unavoidably a secret society."

23. That these doctrines (communism and socialism) are equally acceptable to the Freemasons, and that they would wish to constitute states according to this example and model, is too well known to require proof. ...

27.[A] change and overthrow of all things will necessarily follow. Yea, this change and overthrow is deliberately planned and put forward by many associations of communists and socialists; and to their undertakings the sect of Freemasons is not hostile, but greatly favors their designs, and holds in common with them their chief opinions. [Emphasis added.]

Fifty-three years later, Pope Leo XIII's insight was shared and advanced by Pope Pius XI in his 1937 anti-communist encyclical Divini Redemptoris in which he exposited that the tentacular advancement of communism was due to its conspiracy with the "non-Catholic press" and "various occult forces":

18. A third powerful factor in the diffusion of communism is the conspiracy of silence on the part of a large section of the non-Catholic press of the world. We say conspiracy, because it is impossible otherwise to explain how a press usually so eager to exploit even the little daily incidents of life has been able to remain silent for so long about the horrors perpetrated in Russia, in Mexico and even in a great part of Spain; and that it should have relatively so little to say concerning a world organization as vast as Russian communism. This silence is due in part to shortsighted political policy, and is favored by various occult forces, which, for a long time, have been working for the overthrow of the Christian social order.

Sadly, owing to machinations that unfolded surrounding the Second Vatican Council, the preponderance of the Catholic hierarchy joined the conspiracy of silence regarding communism and its Masonic lineage, with the "Catholic" press quickly following suit. As a result, we today witness "the overthrow of the Christian Social Order" in breakneck speed as the occult forces working for it are at liberty to proceed virtually unopposed. 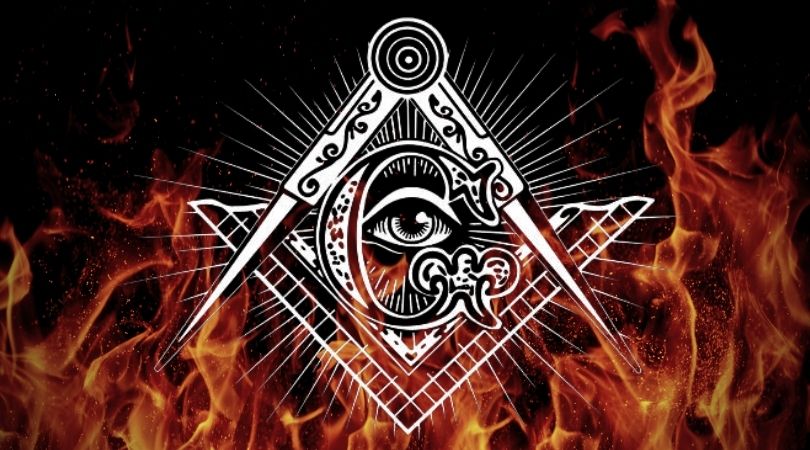