‘Reign of Terror’ in Hong Kong 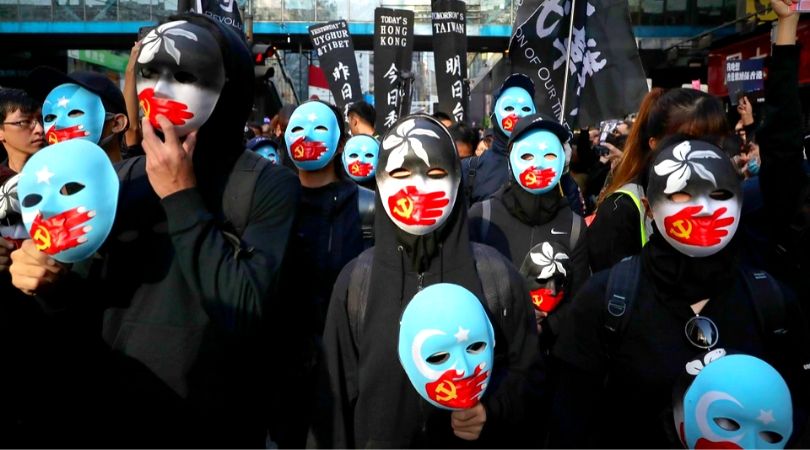 HONG KONG (ChurchMilitant.com) - Breaking with the provisions of a binding international treaty, the Chinese Communist Party (CCP) arrested the Catholic "father of Hong Kong's democracy" along with 14 other prominent figures of the pro-democracy movement on Saturday.

Branded the "father of Hong Kong's democracy," 82-year-old Martin Lee was detained, along with leading human rights attorney Margaret Ng and others, for "organizing and participating in unlawful assemblies" on Aug. 18 and Oct. 1, 2019.

The arrests were "obviously political persecution," according to a statement from the Justice and Peace Commission of the Catholic Hong Kong diocese. The commission called for all arrests to stop until the work of police be vetted by an independent commission.

The right of Hong Kong to govern itself is "authorized by the central government," according to the statement, which adds, "the authorizer has supervisory powers over the authorized."

These arrests are a classic example of #CCP opportunism — using the opportunity of the distraction of the COVID-19 pandemic as a moment to strike.

In a social media post on the arrests, Lord David Alton of Liverpool said, "The news from #HongKong today is shocking. I know Margaret Ng, Martin Lee and some of the others who have been arrested and have this morning contacted U.K. government ministers, urging them to urgently remonstrate with the Chinese government."

These arrests are a classic example of #CCP opportunism — using the opportunity of the distraction of the COVID-19 pandemic as a moment to strike. But, not for the first time, they have miscalculated. The CCP mask slipped when they arrested doctors trying to warn the world of the dangers of coronavirus. That was a wake-up call to the world about the true nature of the CCP."

Lord Alton went on to explain that the sweeping arrests on Saturday will only serve to reinforce the world's understanding of Beijing's totalitarian ideology as incapable of living with "two systems in one country."

"This deadly totalitarian virus is every bit as lethal as COVID and, in combating it, the world now needs to stand in unity with Hong Kong's Democrats in defending liberal and democratic values," concluded Lord Alton.

Echoing Lord Alton's assessment, Baroness Natalie Bennett and Alistair Carmichael MP of the United Kingdom's All-Party Parliamentary Group on Hong Kong said the declaration "that it [CCP] does not have to comply with the basic law, and the arrest of a dozen prominent, peaceful, democratic campaigners are an iron fist being deployed by the Chinese Communist Party to attack the pro-democracy movement in Hong Kong."

If China is hoping that the world's attention is diverted by the ... virus and that the international community will not react with outrage ... it is sorely mistaken.

"If China is hoping that the world's attention is diverted by the COVID-19 virus and that the international community will not react with outrage at this assault on the provisions of a binding international treaty, it is sorely mistaken," they added. "The foreign secretary must act immediately, and we must have an urgent statement to both houses of Parliament."

In June 2019, protests began every weekend in Hong Kong, calling for a proposed extradition bill to be jettisoned. The rallies became a clarion call for democracy and preserving Hong Kong's way of life, based on the "one country, two systems" principle.

The League of Social Democrats attributes the arrests to demonstrations held in August and October.

The second protest on Oct. 1, 2019 was not authorized by the police and consequently considered a riot.

Hong Kong lawmakers such as Claudia Mo have said the arrests are the beginning of a "reign of terror" because the CCP is terrified that Hong Kong's opposition could win a majority in the upcoming September elections.