BEIJING (ChurchMilitant.com) - Recent signs indicate religious freedoms are unraveling in China as reports that Bp. Guo Xijin of Mindong, a prelate of the underground (faithfully Catholic) Church, has been arrested.

Reports suggest Guo was arrested for refusing to concelebrate Easter Mass with a bishop of the government-backed "Catholic" Church, Zhan Silu.

Bishop Guo's arrest comes as the Communist Party is tightening its grip over religion in China.

According to UCA News, operating through the UFWD, the party "now has day-to-day oversight and direct control over the state-run organizations of all five official religions including the Chinese Catholic Patriotic Association and the Chinese Bishops' Conference. It exercises control over religious appointments, the selection of clergy and the interpretation of religious doctrine."

The Communist power grab followed the promotion of Communist leader Xia Baolong, who in 2013 spearheaded a wave of Cross removals in Zhejiang province, south of Shanghai.

After being appointed as Zhejiang provincial party committee secretary in 2013, Xia tore down 1,700 Crosses from Catholic and Protestant churches and oversaw a wave of church demolitions.

Xia was elected vice chairman and secretary general of the Chinese People's Political Consultative Conference at its March 14 session in Beijing.

The Communists want to enslave the Church. You're putting wolves before your flock, and they're going to make a massacre.

"The central government has never changed its entire policy, its hatred of religions and its mentality to eliminate religions," he said.

As these sweeping power shifts were unfolding, a schismatic prelate issued an ominous warning to faithful Chinese Catholics: in future, both church and state would demand loyalty to Beijing over Rome.

Bishop Fang Jen-Ping of China's counterfeit, Communist-controlled church — the Chinese Catholic Patriotic Association (CCPA) — announced that the first duty of Chinese Catholics is toward their government, not the Faith.

His comments confirmed fears that a Vatican bid to recognize the government church will destroy Catholicism in China.

The Catholic Church in China has operated underground since the Communists seized power in 1949. Perceiving the Church as a threat to its power, Beijing established the CCPA to try to subvert Catholic allegiance to Rome.

But now, the Holy See is trying to unify the Communist-backed Church with the underground Church by recognizing seven CCPA bishops.

China's 10 million faithful Catholics, who risk much for their fidelity to Rome, are confused and disillusioned by the Vatican initiative.

China's senior prelate, Cdl. Joseph Zen of Hong Kong, is the most vocal critic of the diplomatic push. Giving voice to the underground Church inside mainland China, the cardinal has described the proposed deal as suicide.

"The Communists want to enslave the Church," Zen is warning Vatican leaders. "You're putting wolves before your flock, and they're going to make a massacre." 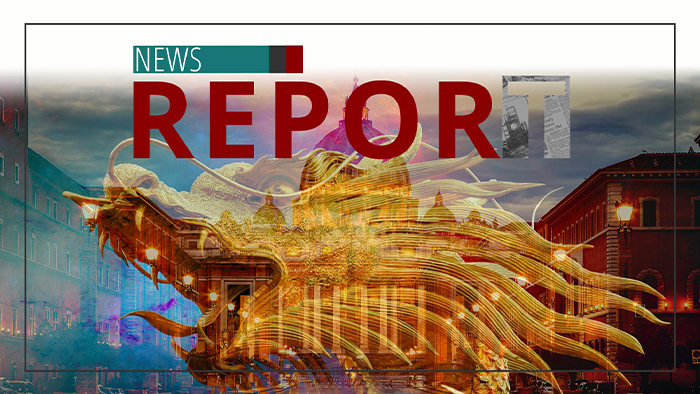