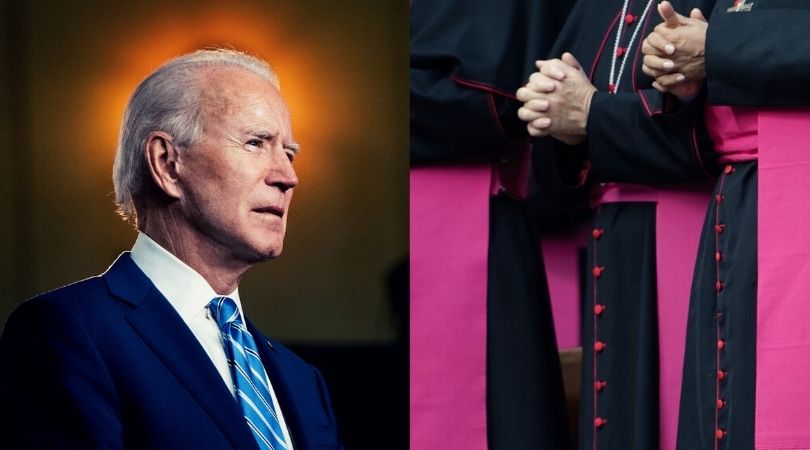 Just like many Republicans in 1857 viewed the U.S. Supreme Court decision in Dred Scott v. Sandford as immoral and unjust, many contemporary Republicans see the 1973 Roe v. Wade decision for the judicial travesty it is. Interestingly, the slavery-related party divisions that led to the election of Abraham Lincoln were about as stark as today's divisions between most Democrats and Republicans over abortion. Abolitionists were as welcome to the Democratic Party then as pro-lifers are to the Democratic Party now.

What caused most Americans, including Democrats, to change their attitudes toward slavery and the rights of blacks? The shift wasn't mainly due to the intervention of religious leaders. Civil rights advocates among the clergy (such as the Rev. Dr. Martin Luther King Jr.) were "as few and far between" in condemning racial discrimination then as clergymen like Bp. Joseph Strickland, Fr. Frank Pavone and Fr. James Altman are in exposing the Democratic Party's support for abortion-on-demand now. The vast majority of bishops, priests, ministers and rabbis in the United States were as silent in condemning slavery as they are today in defending the rights of unborn children.

When King Henry VIII declared himself the head of the Church of England after the pope refused to allow him to divorce his wife, how many Church or State officials spoke out in defense of marriage? How many German Protestant and Catholic clergymen objected to Adolf Hitler, whose reign of terror culminated in the death of 11 million defenseless and innocent Holocaust victims? Unfortunately, martyrs like Thomas More, John Fisher, Dietrich Bonhoeffer and Maximilian Kolbe were the exceptions and not the rule.

A recent statement from compromised archbishop José Gomez, the president of the U.S. Catholic Bishops' Conference, acknowledging Joe Biden as joining "the late President John F. Kennedy as the second United States president to profess the Catholic faith," is reminiscent of the willingness of the English Catholic hierarchy to compromise with King Henry VIII and of the German hierarchy to salute Adolf Hitler (N.B., both rulers were baptized Catholics). What value is there in being baptized in the Catholic Church like Henry VIII and Adolf Hitler or in carrying a Rosary in one's pocket like Joe Biden if one's actions betray the teachings of Christ and His Church?

Just like churchmen, for the most part, had little to do with outlawing slavery, so too are there precious few Church leaders today who are outspoken in defending the rights of the unborn or promoting the sanctity of marriage between one man and one woman. Those few Catholic bishops and priests who expose the hypocrisy of elected officials like Joe Biden may not find their heads stuck on a pole and displayed in public like Sir Thomas More, but they certainly will not be promoted under the current compromised Church leadership.

If the statues of Confederate generals are being removed and it is being suggested that military bases bearing their nomenclature be renamed because they fought for a government that endorsed the immoral practice of slavery, should not all Catholics cease to enlist in the military rather than serve under a commander-in-chief who not only supports the slaughter of innocent unborn children but who also has vowed to force citizens to cooperate materially in this heinous undertaking with their tax dollars?

Will bishops and priests who give Joe Biden communion be silent when he forces Catholics to pay for abortions?

Instead of sending congratulatory communications to politicians like Joe Biden — shysters who claim to be Catholic while supporting abortion and conducting same-sex civil unions — Church leaders should remind them, in the words of Sir Thomas More, that "When statesmen forsake their own private conscience for the sake of their own public duties, they lead their country by a short route to chaos."

Gene Thomas Gomulka is a retired Navy Captain/Chaplain who served on active duty for over 24 years. Father (Monsignor) Gomulka coauthored the Marine Corps and Navy Core Values of "honor, courage and commitment."
--- Campaign 31877 ---