Movement to Consecrate California to Our Lady

Angelo Libutti: 'These are problems too big for us to handle, and we need divine help'

DETROIT (ChurchMilitant.com) - Devout Catholics in California are planning to consecrate their state to the Blessed Mother on Dec. 8, the Solemnity of the Immaculate Conception.

On that day Catholics will gather at locations along the Californian coast to attend Mass, pray the Rosary and ask the Blessed Virgin Mary to watch over their state in a special way.

Church Militant contacted the organizers of an initiative called "Consecrate California to Mary." Director, writer and storyboard artist Angelo Libutti, who spearheaded the consecration last year, told Church Militant, "I contacted Patrick Coffin and Jesse Romero proposing to act as Poland did — in the only way that makes sense for a Catholic who is full of confidence in Our Lady and Christ. These are problems too big for us to handle, and we need divine help."

The website for the event lists the kinds of problems for which Catholics in California are especially in need of God's help: "To defeat the culture of death. Abortion, euthanasia, natural disasters. For the sick, elderly, unwanted. And for an end to the violence, sex abuse, drugs, alcoholism, sex trafficking."

At numerous parishes along the Pacific coast, the day's prayers will kick off with the Holy Sacrifice of the Mass at noon. Following that, the schedule gives everyone time to travel to their prayer locations on the shoreline, where the Rosary and the Consecration Prayer will begin at 1 p.m.

But one location, at Ss. Peter and Paul Parish in Wilmington, has a somewhat different schedule. The parish will have a day full of Catholic speakers, as well as Mass followed by a 15-minute marian procession to the shore. Included on the speakers' roster for the day is Jesse Romero, a Catholic radio host and apologist who recently spoke at the Silence Stops Now rally in Baltimore, Maryland.

Organizers were successful last year in organizing the state-wide Rosary event. They hope to have an even bigger turnout this year. Last year also saw people from around the world praying the Rosary simultaneously. Speaking to Church Militant ahead of last year's consecration of California, Libutti said, "Of all the states, California is certainly the most distant from God, the least faithful to His Commandments."

Libutti said the idea for the consecration crossed his mind last year during a Holy Hour in front of the Blessed Sacrament after midnight one night. He was originally wanting to pass the idea along, but ended up organizing the event himself. He had a little over a month to organize; despite the time crunch, Libutti said that "God opened up, in such a short time, the possibility of pulling in 12 churches in California to participate last year with over 2,250 participants."

The thought occured to him that the vices so normalized in mainstream culture, especially in California, are like a cancer.

"A few years ago, I lost my cousin (who was like a sister to me) through lung cancer in less than six months at her 26th birthday," he said. "I saw how the cancer spread fast, and that was how, that night in Adoration, I saw where the U.S.A. is heading if we are not going to cure the cancer from its core."

Numerous bishops in California have spoken in favor of the consecration and given seals of approval. For instance, Bp. Joseph Brennan, auxiliary bishop in the archdiocese of Los Angeles, wrote a letter to Libutti saying, "Our state is in such need of spiritual renewal."

"This event has my full support," Bishop Brennan continued, "and I pray every blessing upon it and upon you."

That night in Adoration, I saw where the USA is heading if we are not going to cure the cancer from its core.

In the liturgical calendar, December 8 is the Solemnity of the Immaculate Conception, which honors Mary's conception within the womb of her mother, St. Anne. Fittingly, the Church celebrates the Nativity of Mary nine months later on September 8.

Libutti noted Pope Pius XII's consecration of the world to the Immaculate Heart of Mary, made on October 31, 1942 and renewed on December 8 the same year.

Mary's Immaculate Conception is a dogma of the Church, defined as such by Pope Pius IX in his 1854 papal bull Ineffabilis Deus:

We declare, pronounce and define that the doctrine which holds that the most Blessed Virgin Mary, in the first instance of Her conception, by a singular grace and privilege granted by Almighty God, in view of the merits of Jesus Christ, the Savior of the human race, was preserved free from all stain of original sin, is a doctrine revealed by God and therefore to be believed firmly and constantly by all the faithful.

The Doctors and Fathers were in agreement that Mary was born without sin. But the teaching that Our Lady was conceived without sin was a source of theological dispute until the 19th century.

In 1830, Our Lady of the Miraculous Medal instructed that medals be made with the inscription, "Oh Mary conceived without sin, pray for us who have recourse to thee."

ConsecrateCalifornia.com has launched a fundraising page to raise money for its efforts. 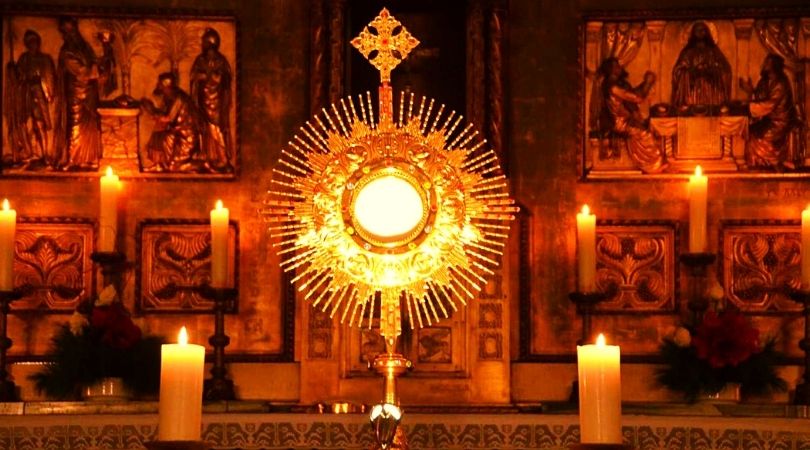 Eucharistic Miracles Movie in the Works
By Martina Moyski   •   0 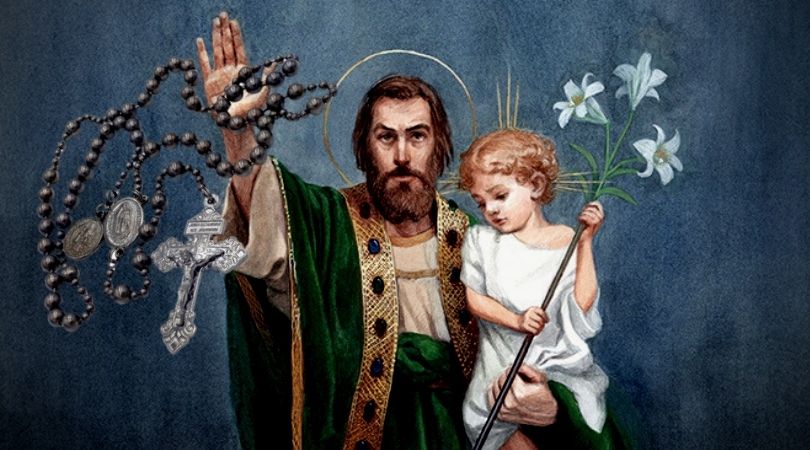