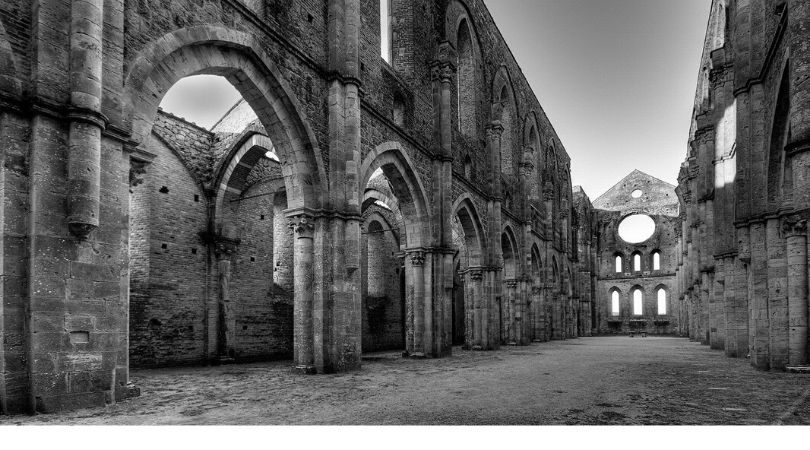 Christ the King: the only solution

If from time to time you have a sense that all things held dear in both Church and State seem to be collapsing, you might find a comrade in the Irish poet William Butler Yeats:

Things fall apart; the centre cannot hold;
Mere anarchy is loosed upon the world,
The blood-dimmed tide is loosed, and everywhere
The ceremony of innocence is drowned;
The best lack all conviction, while the worst
Are full of passionate intensity.

Yeats wrote that in 1919, and we are now in 2019. Actually, things have been falling apart since the Fall of Man. Each age has to contend with that collapse, and each has had recourse to Christ as the solution. In 1925, Pope Pius XI proclaimed the Feast of Christ the King. Not King of various nations cobbled together, but King of the Universe. "The Son is the image of the invisible God, the firstborn over all creation. ... He is before all things, and in him all things hold together" (Colossians 1:15, 17).

Jesus Christ is the Word that brought into existence all that was in the mind of His divine Father. His kingship consists in the power of his Logos, which orders all things and is energized by the love between him and the Father, which pours forth as the Holy Spirit. "In the beginning was the Word [Logos]..." (John 1:1).

In the logic of the Logos then, all things fall apart without Christ. Physically, all things hold together (sunestēken) in their elemental atomic structures. The compactness of matter requires gravity, electricity, strong nuclear force and weak nuclear force. The strong force keeps the nucleus together; otherwise it would come apart by the electrostatic repulsion between the positive protons. Christ the Logos prevents all things from collapsing, not only physically but morally and culturally. There will be a time when that happens, with a "loud noise" (rhoizedon), when all the elements, or atoms (stoicheia), dissolve (2 Peter 3:10).

This dissolution happens as well in the human soul when the intellect and will tear themselves from the truth and will of God. This rupture is what is called sin. It affects cultures, too. So the philosopher Giambattista Vico described the transition of cultures from barbarity to civilization, and from civilization to hyper-civilization, and from that to post-civilization. The fourth stage lives off the detritus of civilization. Whether we are in the fourth stage — post-civilization — is disputed, but if and when it irrationally abandons Christ the King, whose power is not political but logical, it will be worse than the first barbarism because its disintegration is accelerated by the tools of its former civilization's science.

Every Christian is baptized to proclaim the Kingship of Christ, not just for personal salvation, but as a means of saving a culture in which "The best lack all conviction, while the worst / Are full of passionate intensity."